A New Era for Music Program 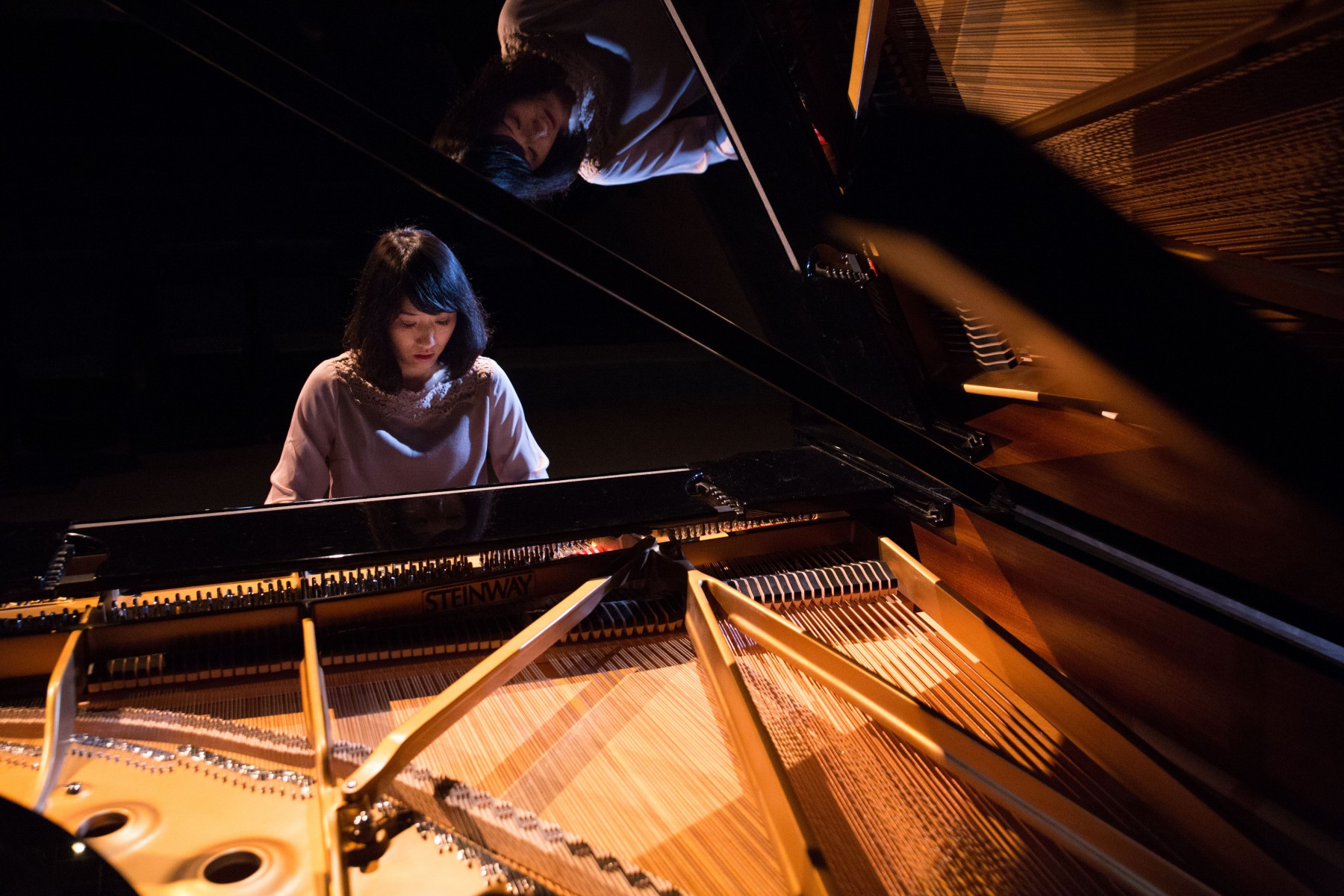 All-Steinway School
Ching-Ming Cheng, a CSUSM associate professor of music and a renowned classical pianist, says the University’s designation as an All-Steinway School “marks the beginning of a new chapter for CSUSM’s music program.” Photo by Andrew Reed

“It’s a pretty big deal to play on a Steinway,” said Kristina, who will graduate in May with a double major in economics and visual and performing arts with a music concentration. “If they were cars, they’d be the McLarens or Ferraris of cars. They’re really nice.”

Cal State San Marcos music students will have numerous opportunities to play Steinways thanks to the support of donors who provided funds to help the University become an All-Steinway School.

The All-Steinway School designation is held by fewer than 200 colleges, universities and conservatories worldwide. CSUSM joined this select group when Steinway representative Robert Snyder made the designation official during an on-campus celebration on Monday night.

“This is beyond my dreams,” said Ching-Ming Cheng, a CSUSM associate professor of music and a renowned classical pianist. “For all the elite music schools around the world becoming an All-Steinway School is really the goal.

“This marks the beginning of a new chapter for CSUSM’s music program.”

CSUSM’s journey to becoming an All-Steinway School began in fall 2014 when Cheng performed as part of a fundraiser for an innovative music lab at the University. More than $100,000 was raised for the purchase of 30 new, 88-key digital pianos to replace the limited number of 61-key mechanical models previously used by students.

Building on that momentum, the University publicly announced its goal to become an All-Steinway School on April 9, 2017, following a performance by Cheng at the California Center for the Arts Escondido. Exactly one year later, CSUSM received the prestigious designation.

“This milestone symbolizes the excellency of the fast-growing music program at CSUSM,” said Cheng, who performed on the University’s new Steinway D Concert Grand piano as part of Monday’s All-Steinway School celebration. “Being an All-Steinway School makes it possible for students to reach a level where they can explore and discover the immense possibility in creating music on the instrument that provides the greatest potential in the creative art of music.” 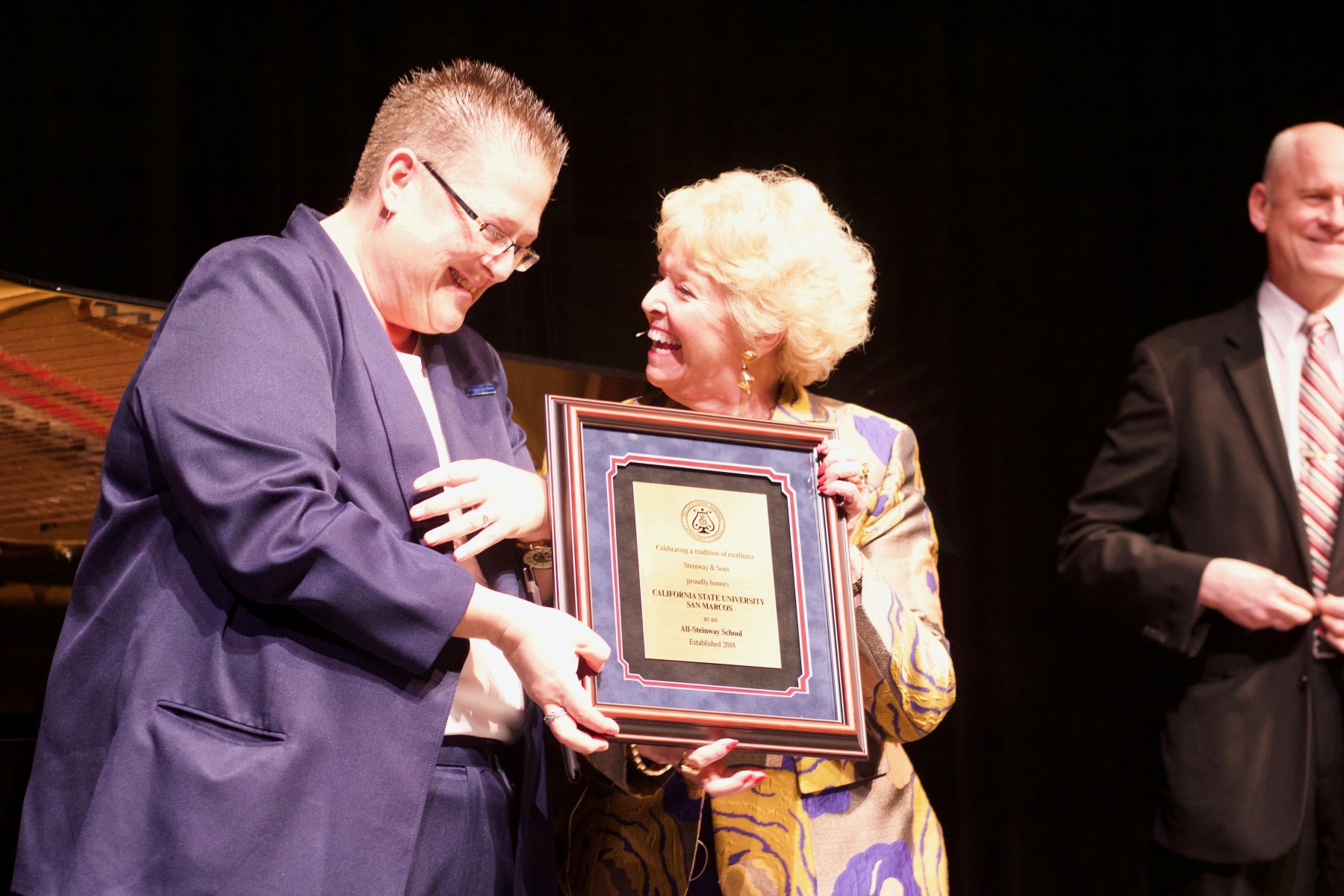 Spencer Osborne got to find out first hand earlier this month when he performed on the Steinway D as part of two student performances on April 3. While the piano still needs to be broken in, a process that will be ongoing in the coming months, Spencer was impressed.

“The tone is incredible,” said Spencer, who will graduate in spring 2019 with a degree in music composition. “It’s got a warm, rich sound. Arts 111 is pretty dry as far as playing classical music, but it cuts through a lot of that, which is really nice. Every concert that we do, it’s just going to get better and better as more people are able to break it in more.”

Two more students – Kristina and Taylor Tickner – will perform on the Steinway D as part of their capstone projects, starting at 6 p.m. April 20. The performances are in Arts 111 and open to the public.

Playing on the Steinway D presents a whole new experience for the students.

“The keys are deeper, they’re longer, you get more sound,” said Dana Burnett, a lecturer in CSUSM’s music department. “It’s like you’ve been driving a Volkswagen and all of a sudden somebody gives you a Tesla.”

To receive the All-Steinway designation an institution must meet certain criteria regarding ownership and maintenance of Steinway and Steinway-designed pianos, including an inventory of at least 10 pianos.

CSUSM’s Steinway piano purchases were made possible by the Hunter Family Advised Fund at the Rancho Santa Fe Foundation; the David T. and Dorris E. Staples Foundation; the Epstein Family Foundation; Carolyn Funes; Carol Lazier and Jay Merritt; and the support of other generous donors who wish to remain anonymous. 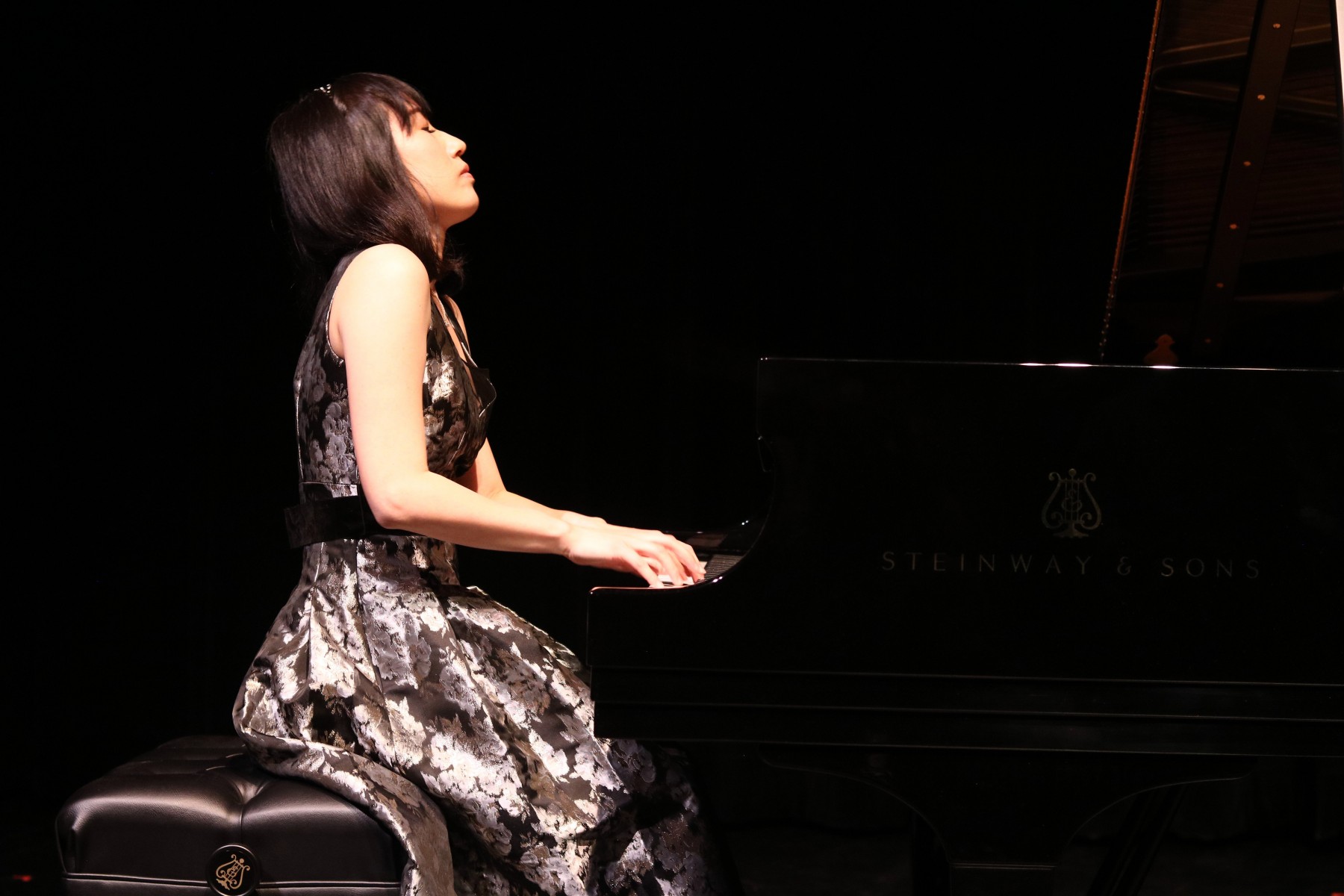 A panel on the acclaimed HBO docuseries “Exterminate All the Brutes” highlights the spring lineup of the longstanding Arts & Lectures series at Cal State San Marcos.  After the series took place in a …
Read more

The sixth Arts and Lectures event of the semester focuses on the film “Deported,” which looks at immigration issues from a different angle. The panel includes Rachèle Magloire, the film’s director, …
Read more
NewsCenter

A New Era for Music Program