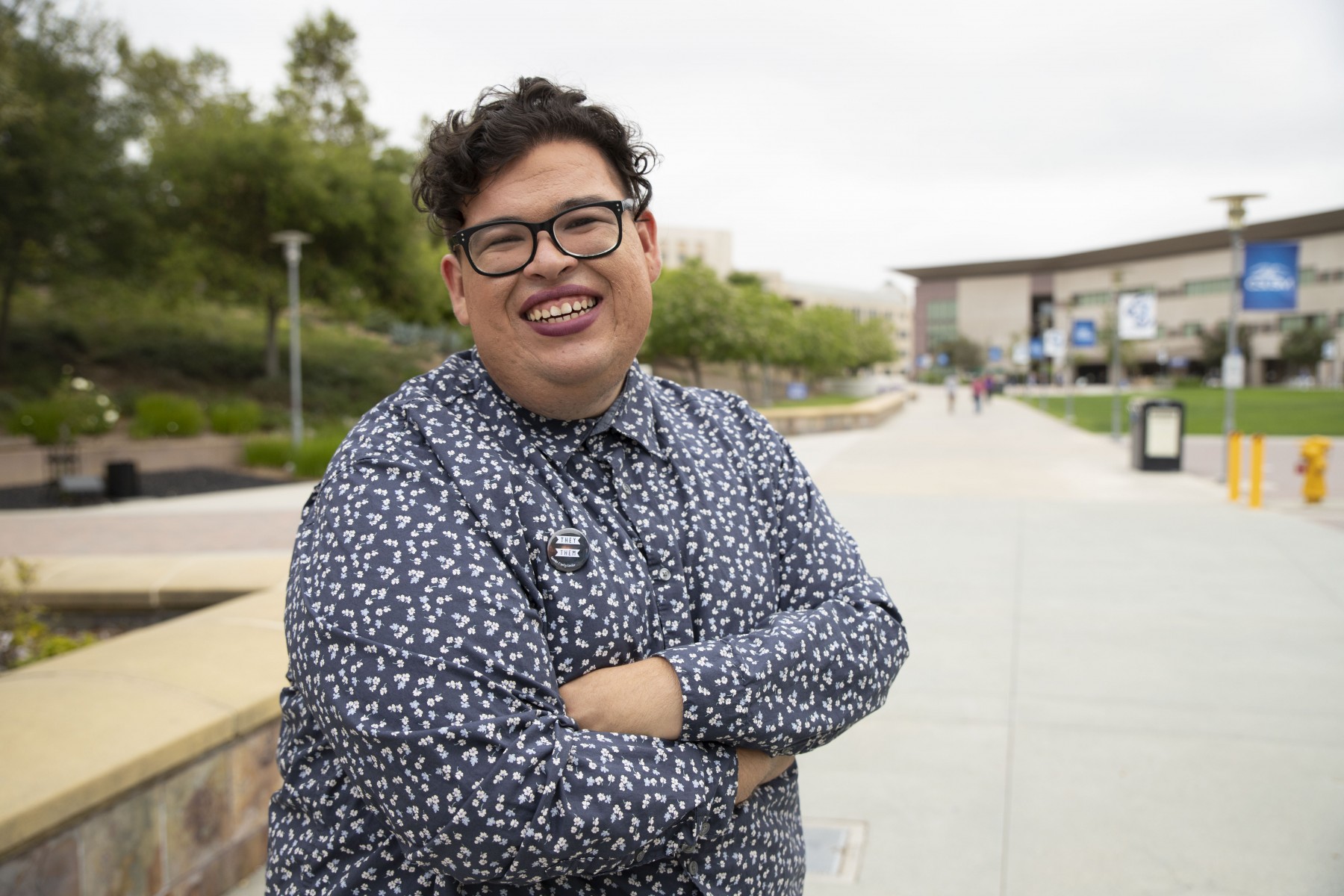 Abrahán Monzón wasn’t focused on political or social issues as a young person from the Imperial Valley. But that all changed while attending UC Santa Barbara as an undergraduate.

Abrahán started college in September 2008, just two months before Californians would be voting on Proposition 8, an initiative to ban same-sex marriage. With an 18th birthday – and first opportunity to vote – approaching right before the election, Abrahán decided to attend a rally against the proposition.

While Abrahán was opposed to the measure, the decision to attend the rally wasn’t based on that opposition as much as a desire for a job.

“Someone that worked at the front desk of my residence hall mentioned it and I was trying to get a job there,” said Abrahán, whose pronouns are they/them/theirs. “I went to try to show my face not realizing there was going to be hundreds of people at this rally.”

Listening to the speakers at the rally had a profound impact and the decision to attend became a turning point for Abrahán.

“I didn’t know that much about myself yet,” they said. “I knew I was queer in some kind of way, but I don’t think I had the word queer yet.”

The rally segued into a march through the neighboring community of Isla Vista. As Abrahán marched, a student leader asked why they weren’t chanting with the group. Abrahán, who described themself as shy and awkward, told the woman, “It’s not my thing.”

“I still remember her saying, ‘Well, you’re in college now, so just make sure you use your voice for those who can’t,’ ” Abrahán said. “By the end of that rally, I had found my voice, even though I lost it from shouting that night.”

Today, Abrahán is the associate director of Cal State San Marcos’ Gender Equity Center and well-regarded for their work throughout the community. Abrahán will be recognized for that community work during San Diego Pride Weekend, July 12-14. San Diego Pride presents the Spirit of Stonewall Awards each year in recognition of those who contribute significantly to the LGBT community, and Abrahán is this year’s recipient of the Community Service Award. 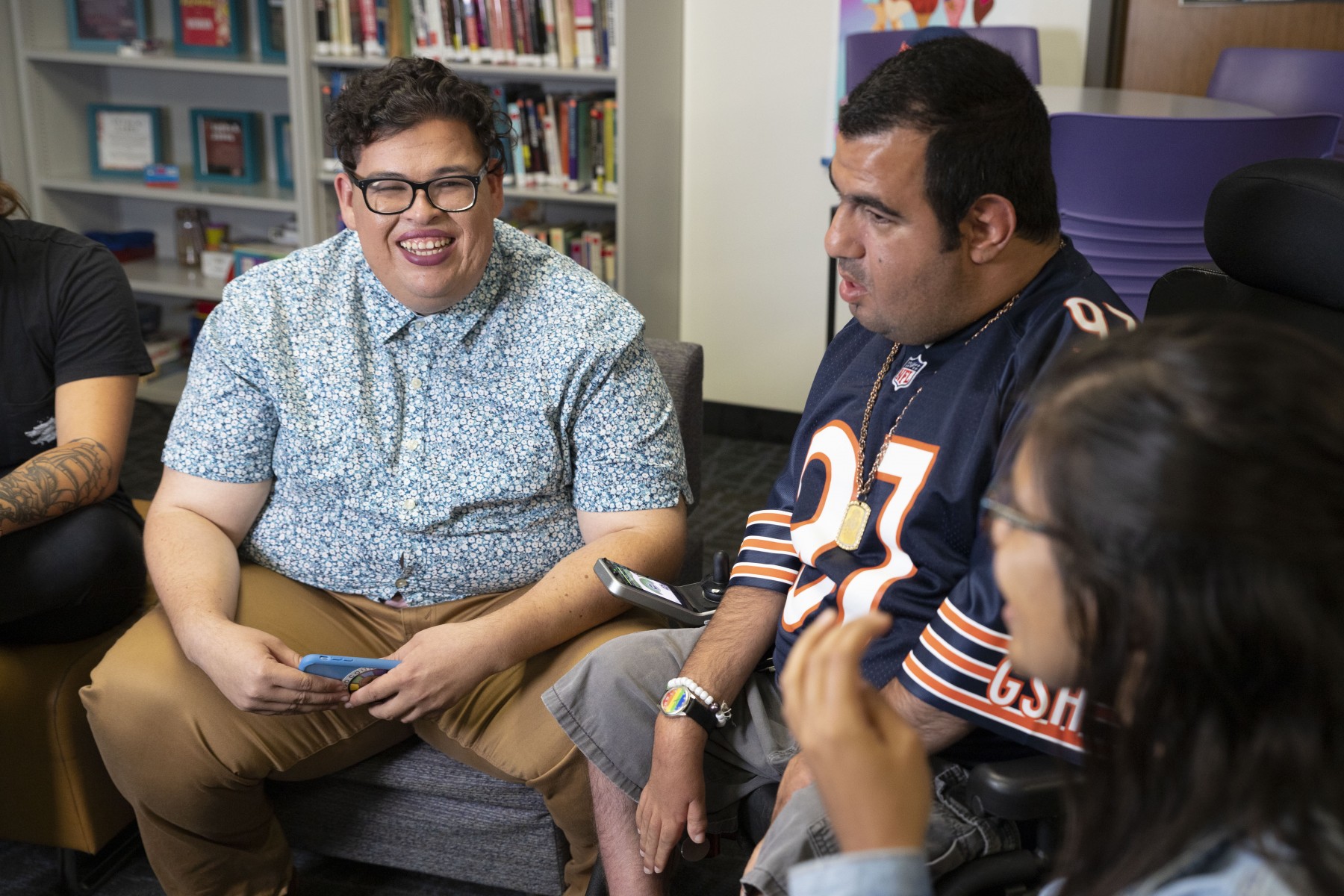 “I volunteer and do work in the community, but I also know folks that do just as much or more, so it was a flattering surprise,” they said. “This year the San Diego Pride’s theme is Legacy of Liberation, which really hits home – I am part of a legacy of people who have demanded visibility and dignity, and I feel it is my duty to continue this legacy for those who still don’t have enough.”

Abrahán annually organizes the CSUSM contingent in the San Diego Pride Parade, which is among the largest in the country. Abrahán said CSUSM usually has about 100 people participate and they encourage anyone interested in attending to register online. The deadline to guarantee receiving a T-shirt is 11 a.m. on July 2, but Abrahán said people can still register to participate after that date.

While Abrahán is being recognized regionally for their contributions, people within the CSUSM community have long been familiar with their impact.

Marina Flowers, a senior literature and writing studies student, describes Abrahán as “a star in my life.” After years spent working in the restaurant industry, Marina said working for Abrahán as a peer educator in the Gender Equity Center has been life-altering.

“Coming into a workplace where someone actually cares about me has been so enlightening and beautiful,” Marina said.

When Marina’s grandfather died at the beginning of the spring semester, Abrahán was there to provide support.

“I’m going to cry when I graduate, for sure. Bawl my eyes out because Abrahán is so amazing,” Marina said. “They believed in me when I didn’t believe in myself. And they do that for everyone.”

It’s a sentiment echoed by Danni Flowers (no relation to Marina), who is also a peer educator in the Gender Equity Center.

“Abrahán’s been so wonderful since day one,” said Danni, who is double majoring in visual performing arts and women’s studies. “They have helped me learn more about gender identity and expression, but also personally bringing me out of my shell and helping me be the best that I can become.”

Family has always been important to Abrahán, but there was often a disconnect when it came to their identity. Abrahán said they have been more open and direct with their family in recent years. Abrahán said some of their family members will be in attendance for the San Diego Pride rally and parade, and it will be their first opportunity to see Abrahán in a queer space.

“For a long time, I even had a separate social media account with more censored pictures for them,” Abrahán said. “I’ve recently started consolidating that, realizing that if folks have a problem with it, that’s something that they need to work through. RuPaul says something like, ‘What other people think of me is none of my business.’ And I’ve been trying to live by that a little more.”