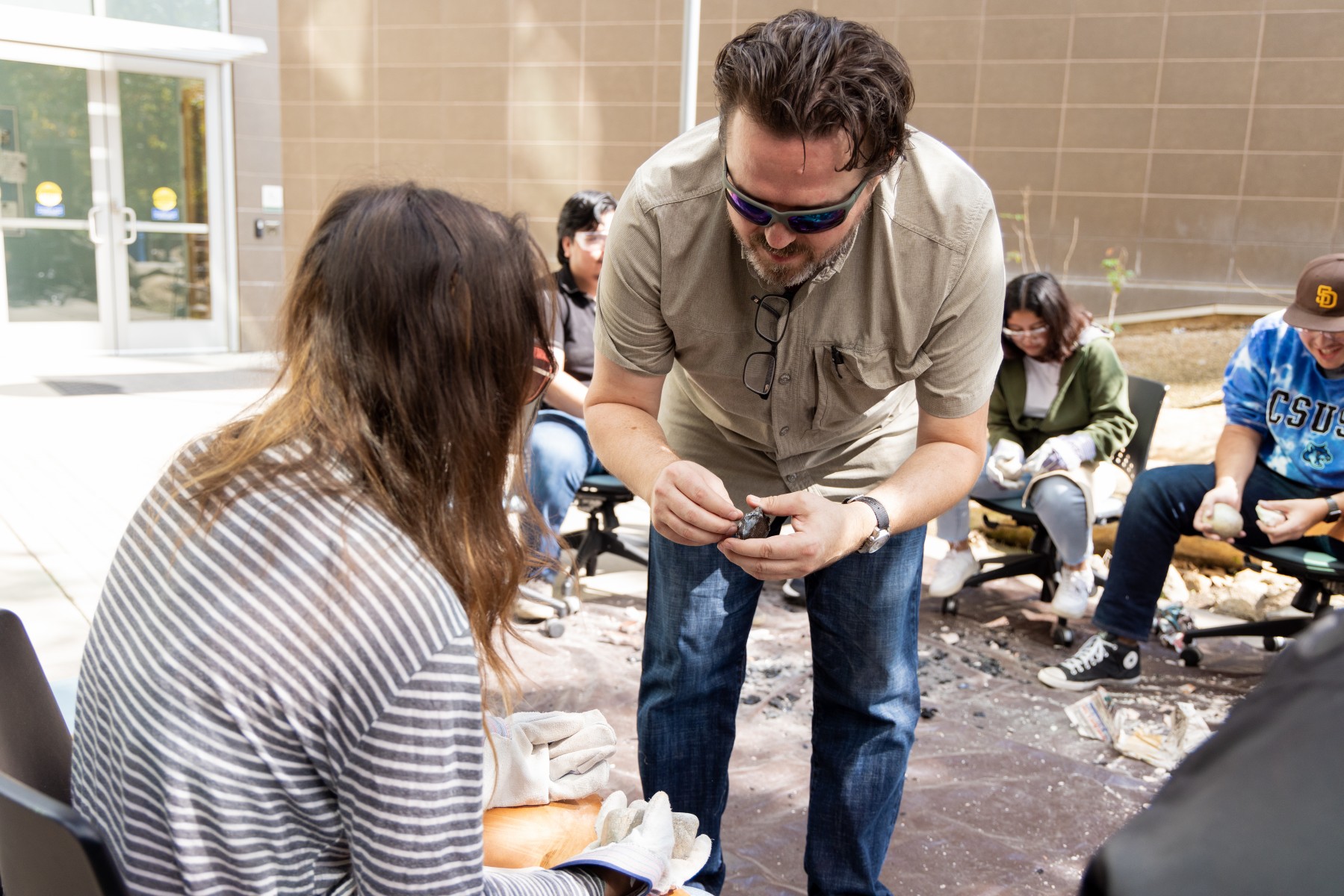 Spenard invited Nick Hearth, senior archaeologist for Michael Baker International, to campus Oct. 12 to demonstrate flintknapping, a method of stone tool making that dates back 2.6 million years. These tools were used for hunting and making spears, knives and blades. Spenard also is planning a spear-throwing experiment to show the evolution of Paleolithic technology.

“These tools would be used for processing carcasses or used as digging tools,” Spenard said. “Some of them were used for cutting and processing plants and foods. They were used for a variety of purposes. It is basically the first tool technology we ever had.”

Each student had the opportunity to shape a tool using obsidian, a rock sharper than surgical steel. In crafting their tools, the students utilized the hard hammer technique, which focuses on striking a rounded rock against its core and removing flakes with each strike. 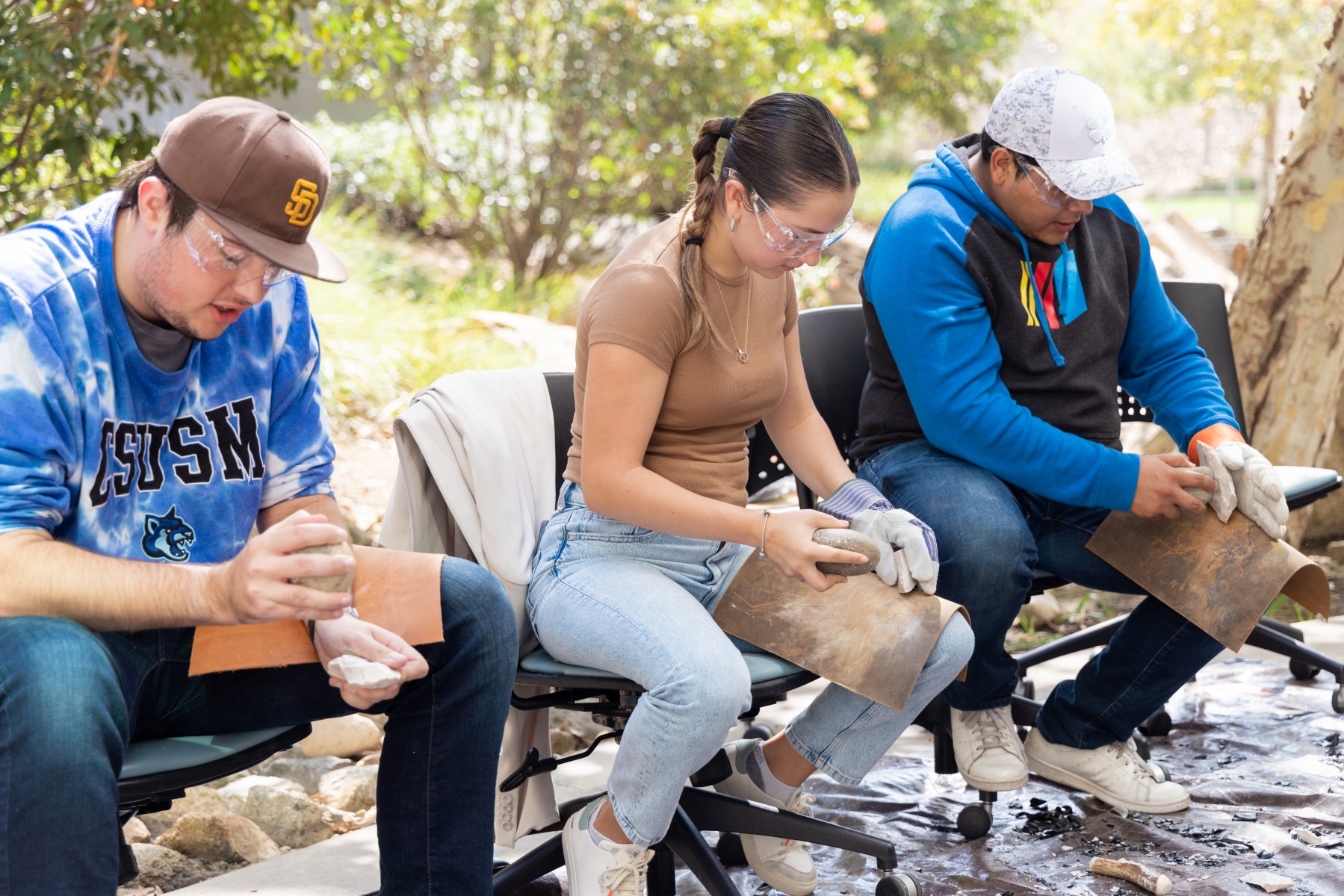 Students in Jon Spenard's prehistory class recently had the opportunity to shape a tool using obsidian, a rock sharper than surgical steel.Photo by Alicia Lores

For communication student Kara Quitugua, the flintknapping experience showed her what it would be like to survive millions of years ago.

“I had a lot of fun trying,” Quitugua said. “It was really eye-opening how challenging it actually is because you think it's really simple to bash some rocks together, but it’s much more than that. This is the first tool technology that our ancestors started with.”