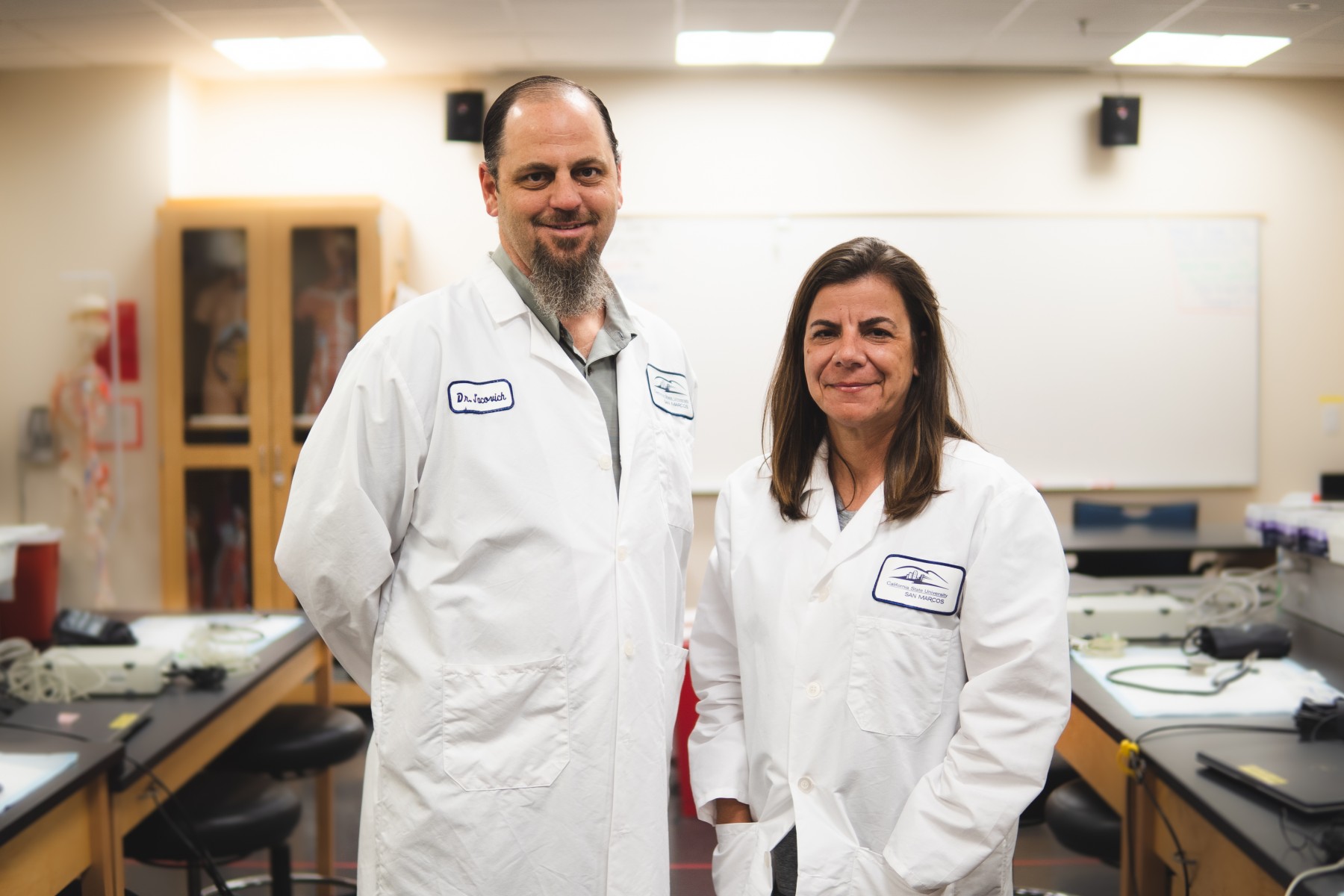 Since the coronavirus was first identified in China late last year, the pace of the pathogen’s spread has been dizzying and frightening.

As of Monday, more than 110,000 cases had been confirmed in more than 100 countries and territories around the world, with major outbreaks in China, South Korea, Italy and Iran. More than 3,800 people have died.

Coronavirus reached the United States in late January, and the number of confirmed cases has surpassed 500. Twenty-two people have died, including one in California. Last week, Gov. Gavin Newsom declared a state of emergency, saying it will “help the state further prepare our communities and our health care system in the event it spreads more broadly.”

Based on current trends, that seems inevitable. To learn more about coronavirus, and to try to separate fact from fiction, we turned to a pair of experts from the Cal State San Marcos faculty: biology professors Bianca Mothé, an immunologist, and James Jancovich, a virologist.

Question: How concerned do you think people should be?

James Jancovich: My opinion is it's going to continue to spread. I don't think there's too much you can do about it at this point. It has been disseminating; we just don't know how far it's disseminated. The labs that are testing are expanding, so I think we're going to have a better idea about what its dissemination rate is, but I don't think panicking is going to help anything. Even if the dissemination rate continues to go up, the mortality rate is still pretty low.

Bianca Mothé: There are a lot of pathogens out there. When you think about it in the context of infectious diseases, you have TB and in specific areas of the world, you have things like Ebola that just circulate and people get sick. For something like Ebola, there’s a really high mortality rate, and we've had outbreaks of Ebola that have transmitted to the U.S., which is much more alarming. In terms of the average person who doesn't have any additional underlying health conditions, you could get something and not even know whether you have COVID-19 (the name of the disease caused by coronavirus) or a cold or a flu. For the normal person, I don't think there’s a reason to be completely panicked, like this rush to buy hand sanitizer and masks running out.

Q: There's been a lot of discussion in the media about historical antecedents for this virus, from SARS to the Spanish flu of 1918. As experts, what do you think is the most direct comparison?

JJ: I guess it's closest to SARS. But it's different than SARS in that SARS was transmitted when people started showing signs of disease. And with coronavirus, I don't think we know the complete parameters of when this is being transmitted. But between SARS and flu, I think those two are probably pretty close in terms of models that we could follow.

BM: In terms of transmission from an animal source, SARS is probably the closest. I think there's been more human-to-human transmission with this infection, which would probably make it more comparable to something like flu, and flu has many more numbers and infects many more people. SARS had a greater mortality rate but didn't infect as many people, whereas here you're probably getting many more infections, probably most of them untested at this point, but a lower mortality rate.

Q: What has surprised you most about the coronavirus so far?

BM: We've seen SARS and MERS, which were other coronaviral infections, but they didn't have the ability to spread like this particular coronavirus.

JJ: That it hasn’t happened before. With world travel these days, you can go around the world in less than 24 hours. Diseases pop up constantly, especially zoonotic diseases. Typically, zoonotic diseases jump from animals to humans, and it's a dead-end pathway. You rarely see human-to-human transmission at that point. If this is what happened here, and it now has jumped and allowed more human-to human-transmission, I'm kind of surprised it hasn't happened before. I would have expected this to be more periodic and cyclical in some ways. 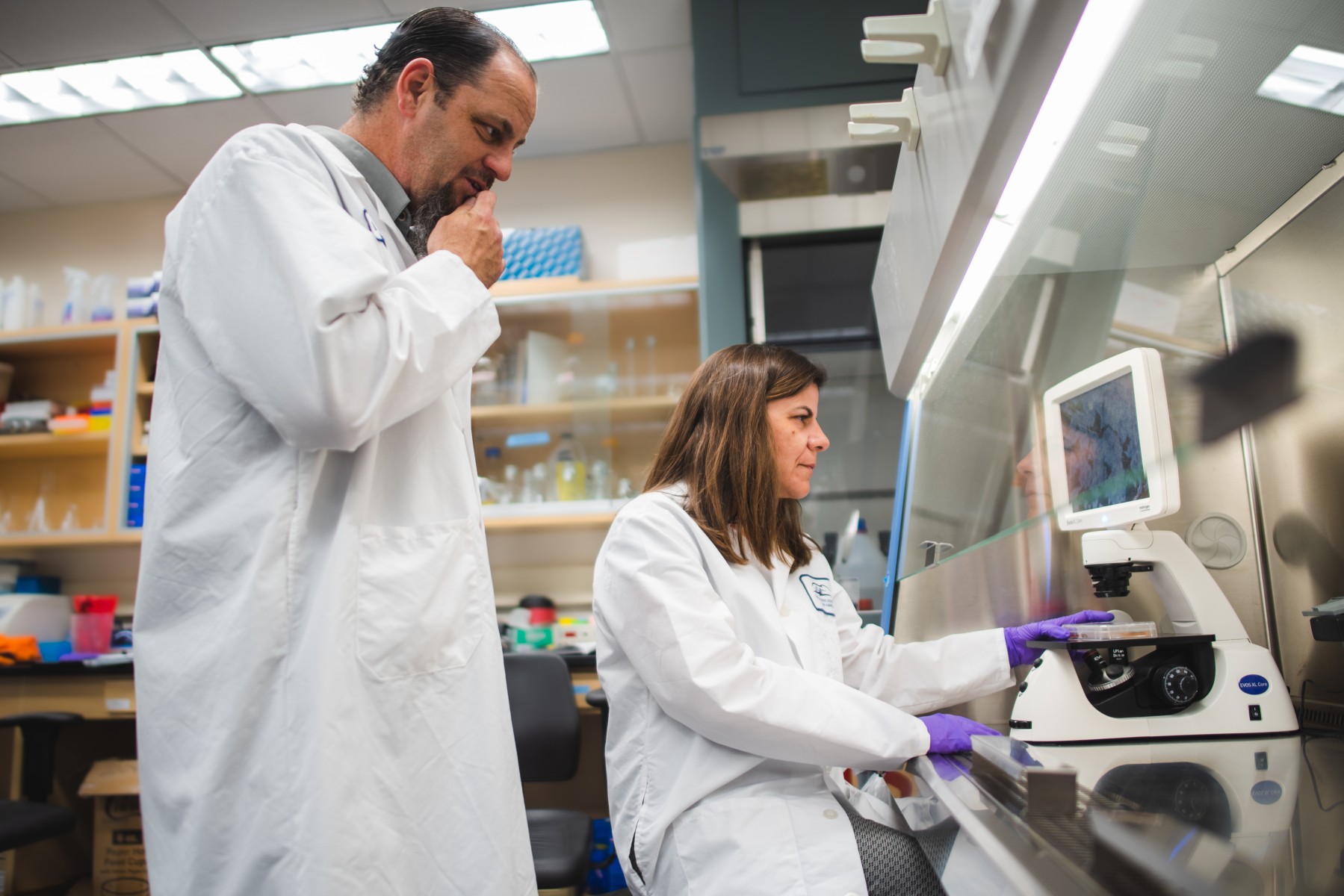 Q: Because this is a virus that's spreading so fast in our social media age, there's a lot of misinformation out there. What are some of the most prevalent myths you’ve heard, and what is the truth?

BM: I've seen some bad information. Hand sanitizer is probably protective. But the first time people were reporting on hand sanitizer, they were mislabeling this as like a bacterial infection, along the lines of, “Hand sanitizer kills 99.5% of all bacterial pathogens, including coronavirus,” and I was like, “Oh, no, don't forget this is a virus, it’s not about bacteria.” I think that was a mislabeling, which probably led to this over-panicking, like, “If I have hand sanitizer, I'll be OK.” There’s also this discussion of going into big crowds and we’re beginning to see some large functions getting canceled, and I'm not sure we're at that point yet. There's no evidence that says you can't go into big public places because if you do, you will catch this. For people who have vulnerabilities, it's something to consider, but I don't think it warrants canceling large functions or concerts.

The mask discussion is also interesting. If someone is sick, then maybe they should have a mask. But if you're on the other end, if you don't want to catch it, a regular mask isn't going to help you unless you have an N95 mask (a special surgical mask). If you do have coronavirus, a regular mask will keep your droplets from going out. But once those droplets are out there, they can go through a regular mask. I've been to a doctor for a couple different things recently, and you cannot find a mask in a regular doctor's office. They're all gone.

JJ: Don't touch your face all the time. That's the other thing. It's the concept of contact. If someone is sick, they will sneeze, that virus will last on surfaces for a while, someone else will touch it and then scratch their face, rub their nose.

Q: For people who might tend to brush this off as no big deal, why do you think it's important to keep the conversation going?

BM: There's an opportunity to educate. It is an outbreak. There's a lot that we don't know about it. It's not to be alarmist that this is going to be the next 1918 Spanish flu. But vulnerable populations, like people with preexisting health conditions or the elderly, are more susceptible to infection. We should be cognizant of that, have a continual discussion and monitor what's happening in the news cycles, but there doesn't need to be a panic that if you catch this, everybody will die in your local community.

JJ: Diseases like this happen a lot and usually just kind of fizzle out and stop. So it’s about understanding that this could happen at even a bigger scale, and making sure that we're prepared for it in whatever way that may be in terms of education, medical care.

Q: From your understanding of viruses, is there anything that makes this one especially dangerous or problematic?

JJ: Nothing that I've read sticks out. RNA viruses mutate much faster, so this is one where I would expect some change over time. It's just a matter of how long it will take.

BM: I was at an NIH Study Section last week called “Vaccines Against Microbial Diseases,” with a lot of colleagues who think about this all the time. As they’re beginning to prepare vaccine candidates, they're using traditional approaches. This is not a unique pathogen that has a different composition from other viruses. If anything, I think my colleagues dusted off a lot of approaches that they were using for SARS, so animal models that were developed at the time and different vaccine compositions. If the resources are available, this will allow for a vaccine to be designed and tested. You should be able to make a vaccine for this.

Q: Have you changed any of your behaviors or advised others to do so?

BM: I work with the CSU Student Success Network, and we put together professional development for 80-plus faculty, staff and students. We have a session coming up in early April. I haven't changed anything I'm doing, but I'm about to send out a communication to all of those participants to say that we're monitoring the situation and these are some of the criteria that we will take in consideration if we were to change the delivery of that session, like via video conference instead of in person. I haven't changed classes, but I’m making some alternative plans if there’s a public health threat issued by officials and we can't get large gatherings of people together.

JJ: I have supplies to last for a while – at least a month or two of food and water. But I've always kind of had a supply of things. I tell people always to be prepared because in Southern California, you never know when there might be an earthquake or wildfire. There are so many people in such a small little area, and in case of an emergency, there's nowhere to go, you can't drive anywhere. So always be prepared – that goes back to my Boy Scout days.

Q: I’m going to ask you to put on your prognosticators’ hats. What’s your best guess about what the next year will look like, in terms of best-case, worst-case or most likely scenario?

JJ: If trends continue, the infection rate will continue to go up. If the mortality rate stays about the same and the coronavirus affects a million people, obviously you're going to have a lot more people succumbing to the disease. But at some point, it's hopefully just going to complete its cycle. The worst-case scenario, I think, is that it gets some sort of mutation that makes it a little bit worse and increases the mortality rate, which is possible, especially with RNA viruses. But now that they've kind of opened up the testing, I think we're going to see the number of cases increase, which will make the mortality rate go down. The biggest issue is if it mutates more and becomes much more pathogenic or increases the mortality rate, but I think it'll fizzle out before then.

BM: We're beyond the initial containment. It's not like we can shut down borders for every country. We have it circulating so we're going to get higher numbers, and the question is: How high will they get? There's lots of unknowns, and I think that's probably one of the biggest unknowns. But most of the cases are probably transmission from people who are feelings some symptoms. So if you can practice good public health and keep those people from being out in public, hopefully you can contain and not get those crazy numbers.

For information about CSUSM's preparations for the coronavirus, visit our Incident Response website.