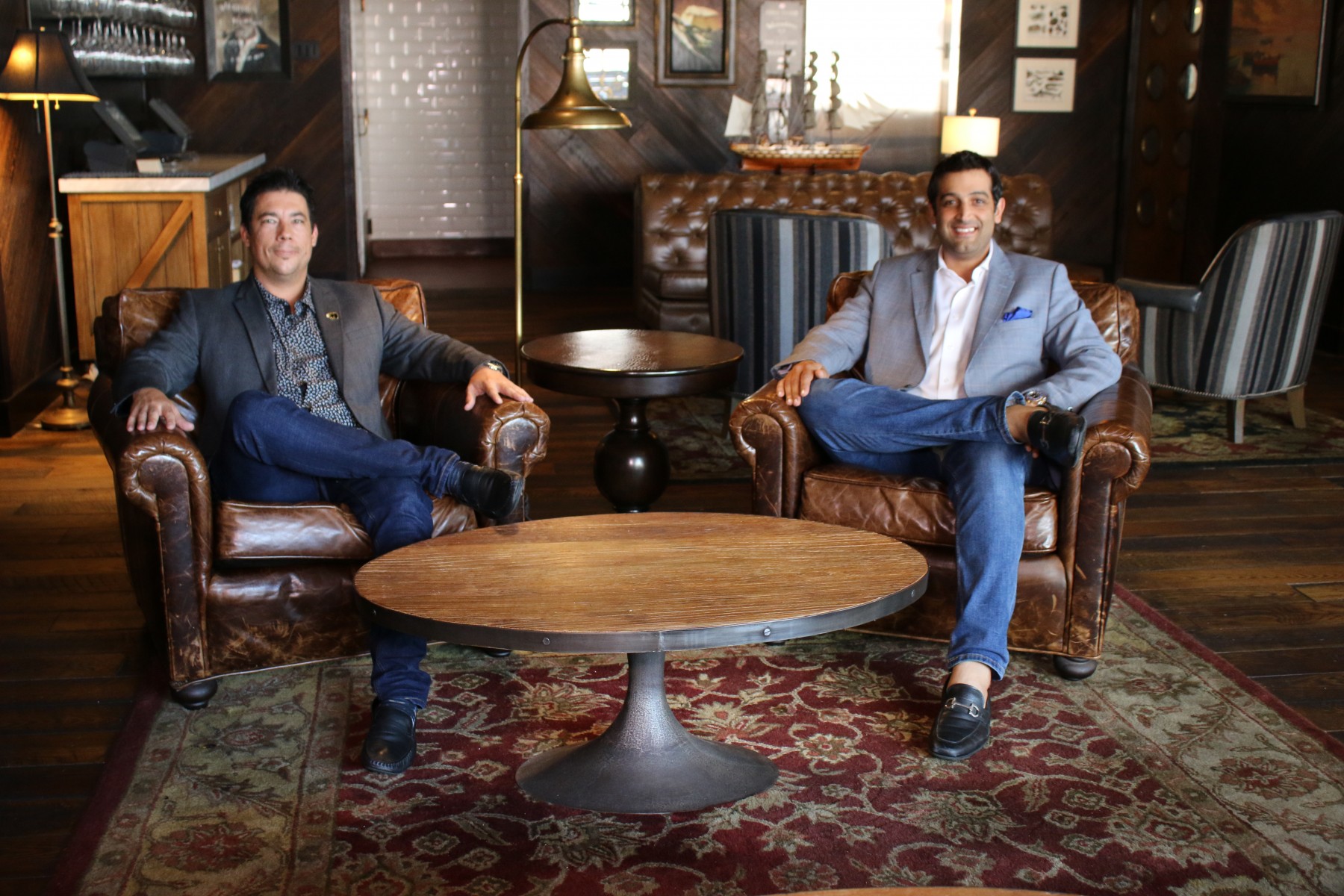 A pair of former Cal State San Marcos students are leading one of the fastest growing independent real estate brokerages in the country with total sales volume this year projected to surpass $3 billion.

Serial entrepreneurs and former CSUSM students Oliver Graf and Sam Khorramian founded Big Block Realty in 2012. To launch their San Diego-based real estate brokerage, they quickly teamed up with a local lawyer and broker to build out their vision of leading a brokerage that would transform the traditional model. Instead of real estate agents splitting their commissions with the brokerage, commissions that can total several thousand dollars on a single sale, Big Block agents keep their entire commission in exchange for a $300 monthly fee to be part of the Big Block brokerage.

“You have to be willing to break the box,” Graf said. “You don’t have to go out there and do things the way they’ve always been done.”

Graf and Khorramian say CSUSM was integral in developing their business acumen. Graf, who earned a business degree in high tech management and graduated in 2001, noted he and Khorramian would never have met had it not been for CSUSM. Graf also credited several CSUSM professors and the university’s In the Executive’s Chair program for fueling his business acumen. Graf, in fact, returned to CSUSM in 2016 as a In the Executive’s Chair host.

Graf, 39, who was born and raised in Irvine, said he chose CSUSM because he wanted to stay in Southern California and the university had a respectable business program with a strong entrepreneurial slant.

A native of the Inland Empire, Khorramian, 37, said he was sold on CSUSM after taking a tour of the campus. Almost since the day they met as fraternity brothers on campus, the two have been involved in numerous business ventures, from drop shipping, to screen printing, marketing for online casino websites and even event planning.

“We studied the market a lot back then and what we noticed was more and more homeowners taking out high-risk loans,” Graf said. “People were basically using their homes like an ATM machine with variable rate, interest only, or negative amortization loans.”

Realizing such loans could be problematic if the market shifted, they transitioned into real estate, specifically distressed home sales. When the Great Recession hit, they were positioned to assist the explosion of upside-down homeowners.

“We used to help owners work with banks to short sale the property for less than what was owed on the mortgage,” Khorramian said.

A few years later, as the housing market began to recover and the amount of distressed home sales decreased, the duo decided it was time to switch course once more. They launched Big Block Realty with a 100 percent commission model.

With almost 1,000 agents now part of Big Block Realty, the company is grossing more than $3.5 million per year. They estimate their agents will close approximately 5,000 transactions this year for a sales volume of more than $3 billion. The business partners also own complementary escrow, property management and real estate software companies.

Graf’s message: “Be persistent and don’t take no for an answer.”

Added Khorramian: “Never give up. We had probably seven or so miserable failures before we got to Big Block.”