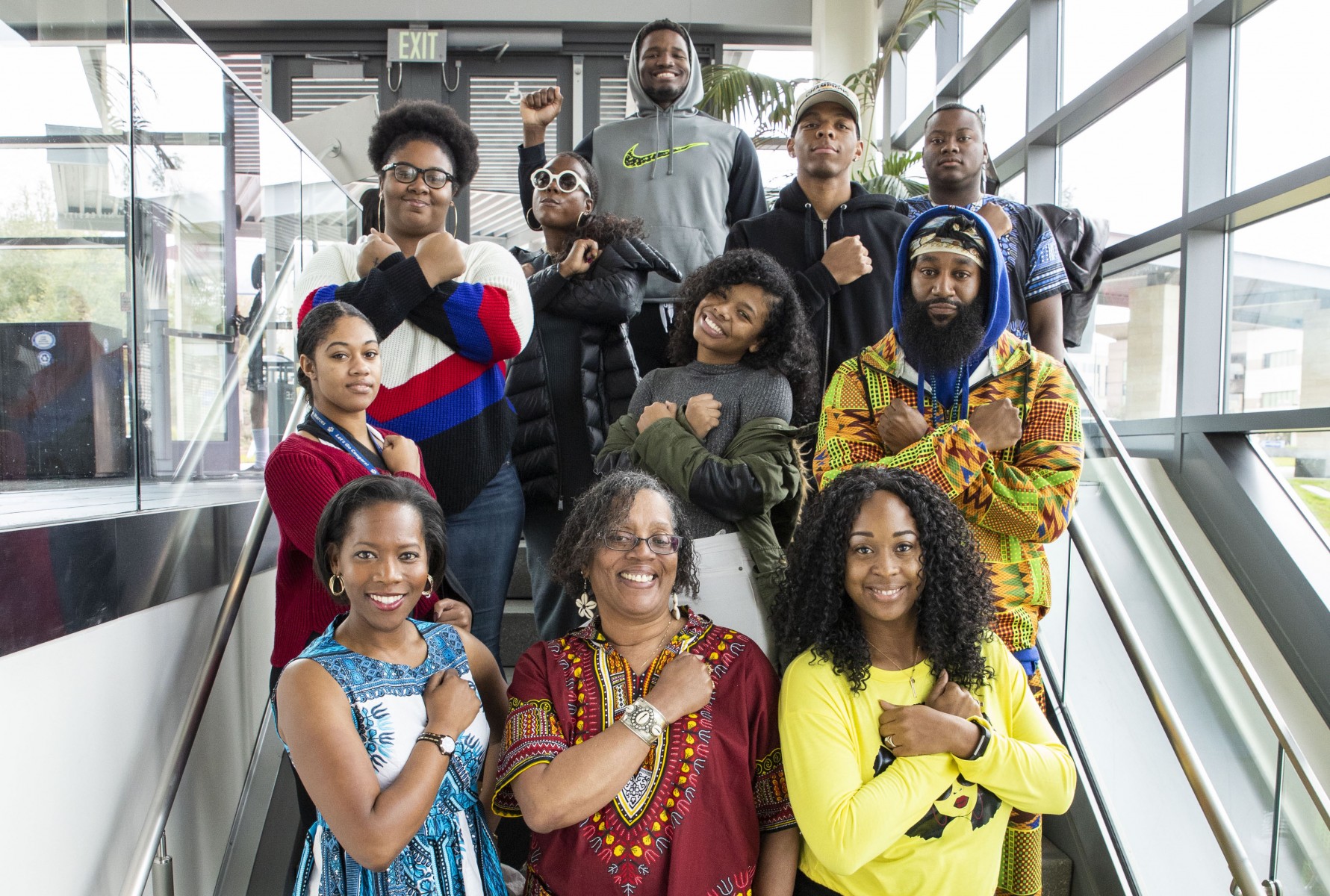 Black students and staff members pose for a photo outside the Black Student Center in 2019.

Since taking over as director of the Black Student Center at Cal State San Marcos last summer, John Rawlins III has facilitated many discussions with Black students about race relations in America.

But given the emotionally wrenching events of the past 10 days that followed the killing of George Floyd by police in Minneapolis, Rawlins thought that it was important to broaden the scope of the conversation. That led him to organize and host a virtual event on Tuesday night called “Reflections on Ahmaud, Breonna, George and Others: A Space to Feel and Act.”

The title refers to not only Floyd, who died when a white police officer kneeled on his neck for almost 10 agonizing minutes in a horrifying encounter captured by a cellphone camera, but two other unarmed Black individuals – Ahmaud Arbery and Breonna Taylor – who were senselessly killed within the last few months. 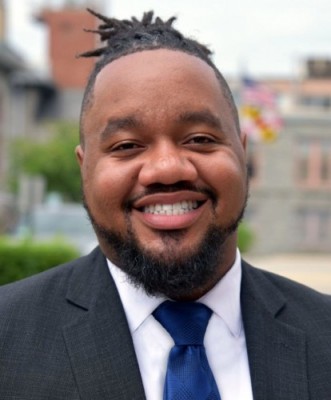 “I could feel across the country that tensions were really high, and I felt like we needed to create a space for the community to come together to have honest conversation,” Rawlins said in an interview before the event. “At the Black Student Center, we have those conversations often, but we don’t necessarily have them as a larger community. The purpose is to allow Black students the opportunity to speak, to share their voices, share their perspectives. And for those of us who work at the institution, I want us to be able to hear them and really think about what support for this particular community looks like.”

For more than two hours on Tuesday night, almost 400 members of the campus community – the group included students, faculty, staff, administrators, alumni and even people from the surrounding community – came together to reflect on the recent happenings that precipitated mass protests in hundreds of cities across the country. After Rawlins introduced four scheduled speakers – CSUSM President Ellen Neufeldt; LaPorcha Ellick, president of the Black Faculty and Staff Association; Michael Garrett, the new president of Associated Students, Inc.; and Quincy Dash, vice president of the Black Student Union – he opened the floor to Black students to share their thoughts, feelings and experiences.

Javier Garden recounted his experience attending a protest in downtown San Diego last weekend with his younger brother. He said he saw disturbing sights like little girls being pepper sprayed and people being shot in the head with rubber bullets, but that he also witnessed signs that gave him hope.

“It did make me feel good a little bit to see folks from different backgrounds come together and really raise hell about what’s going on,” Garden said. “People are genuinely angry, and this time around it isn’t just Black people. The protest was so diverse, and so many people of different racial backgrounds, cultures and ethnicities got to see the issue head on.

“My question is: Will the movement remain this large and this diverse? Will it go back to being just a Black problem, or will it be a human problem, a mankind issue? When will we get that justice, when will we see police routinely held accountable like we see courts hold Black men accountable for things like drug charges.”

During the event, Rawlins shared a video clip that aired on CNN last weekend reviewing the history of the Black Lives Matter movement that sprang up in 2013 after the acquittal of George Zimmerman in the shooting death of Black teenager Trayvon Martin in February 2012. The video recounted other police killings that drew widespread national condemnation, including Michael Brown, Eric Garner and Freddie Gray.

“This is a tragic moment. This is an instance that has severely impacted the Black community,” Dash said. “But this is not the first time we’re seeing this. Unfortunately, this is something we’ve had to grow accustomed to.

“I don’t want it to be where it’s just a hashtag this time. I don’t want it to be where it comes today and is gone tomorrow. So I call everyone out to try to be as much a part of this moment as you can – whether it’s speaking up, whether it’s sharing your side of things, whether it’s telling somebody who might not be as informed. Take this moment, because we’ve had a long enough time of just hoping for the best tomorrow. It’s time to actually start making a change.”

Garrett, the ASI president for the upcoming academic year, echoed Dash’s call for action in addition to words.

“Black people have not been afforded the privilege of living their lives peacefully without the fear of being unlawfully killed,” he said. “As political activist Angela Davis once stated, ‘I’m no longer accepting the things I cannot change. I’m changing the things I cannot accept.’ I encourage each and every one of you to stand up to injustice. I urge you to speak out on what is not right. We all have a voice, and we can all implement change. Change must happen now, and this starts with all of us.”

President Neufeldt pledged during the event to “hear every word you say tonight” and to work with campus partners in the coming weeks and months to bring about action in the realm of social justice.

“You have my commitment that I know it’s not just about listening, it’s not just about speaking, although those are important. It’s vital to move forward and make progress toward social equity and justice on our campus,” said Neufeldt, who sent a message to the campus community last week in the wake of Floyd’s death. “Tonight is about making sure that our black students, faculty, staff, and black America know that I stand with you and we stand with you, and tomorrow I’ll get up and show the leadership that you need from me.”

As if to illustrate the challenge that the Black community at CSUSM faces, the Zoom event was interrupted multiple times by what President Neufeldt described in a message Thursday as “appalling acts of racism, bigotry and anti-Semitism.” The University Police Department, supported by IITS, has been in contact with the FBI to try to determine what measures can be taken against the perpetrators.

“While not ideal for the space we were trying to create, the Zoom bombing that occurred was evidence to those who haven’t experienced true acts of hate of what takes place against the Black community and other marginalized groups in our society,” Rawlins said. “I am also appreciative of those who were looking out for the community behind the scenes and as participants reported what they saw. It shows how our community cares.”

Near the conclusion of the event, Rawlins pointed students toward resources they can utilize if they need help during this difficult time. Those include the Student Life Centers for Identity, Inclusion and Empowerment; Student Health and Counseling Services; the Cougar Care Network; and the Office of Inclusive Excellence. The Counseling Services website also has a page featuring resources on racial trauma and ally development.