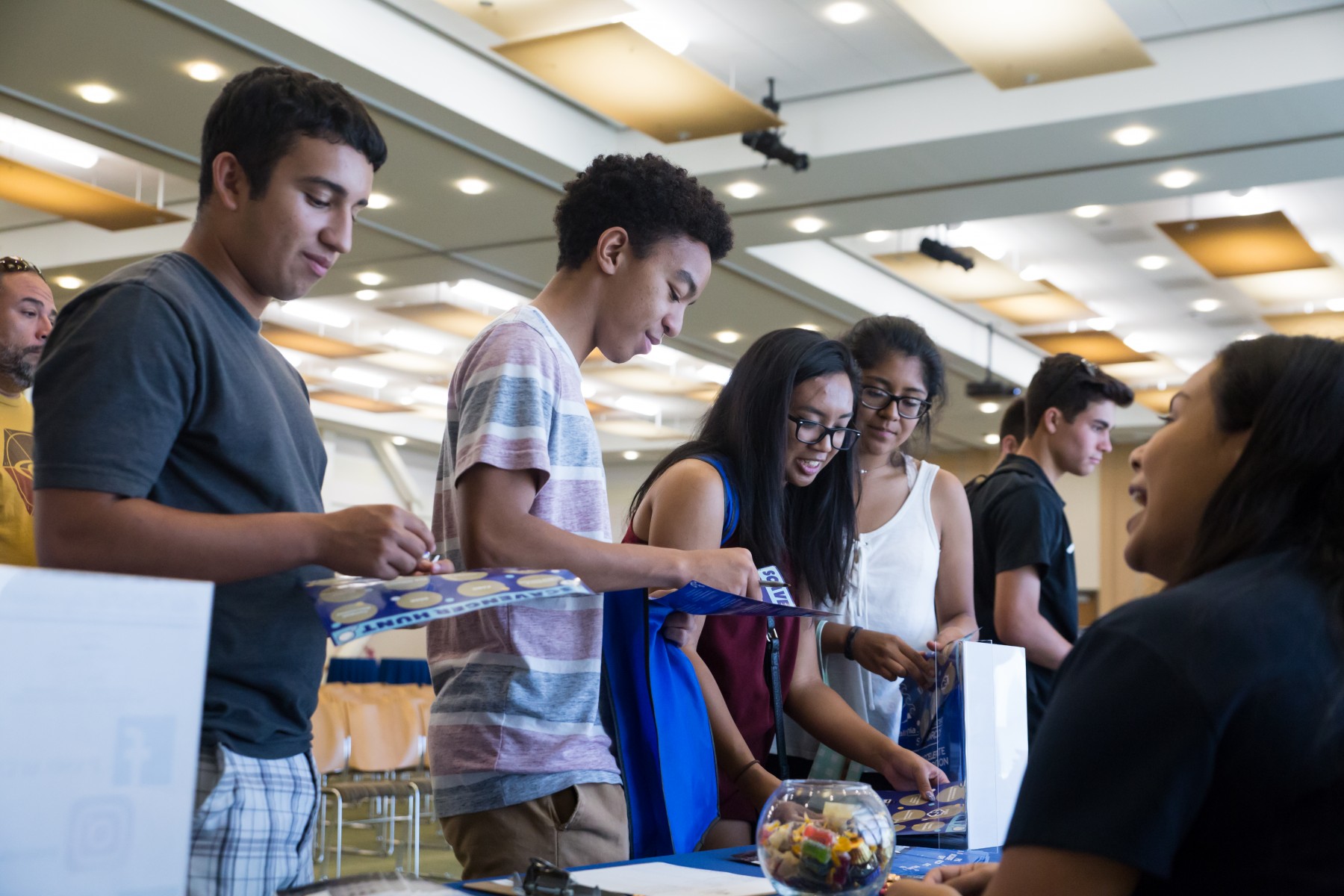 Students participate in the 2017 welcome breakfast for The Alliance, a CSUSM partnership with local K-12 schools. The Alliance will be moving into the president's office along with other programs from the division of Community Engagement.

When Cal State San Marcos created a division in 2011 expressly for the purpose of forging stronger ties with the surrounding region, the idea was considered bold and somewhat novel in the realm of higher education.

Over the years, the division of Community Engagement has broadened in scope and impact, becoming one of the pillars of the institutional mission at CSUSM. Now it’s getting an even bigger seat at the table.

President Ellen Neufeldt announced on Aug. 14 that, in recognition of its importance across campus and a desire to have its influence elevated further, Community Engagement would be moving into the Office of the President in time for the start of the 2020-21 academic year.

“Particularly now, as we prepare our students for active citizenship in a society that is reckoning with its history of systemic racism, Community Engagement is a key partner in the work in which we now must more deeply engage,” Neufeldt said.

Now, as Community Engagement begins a new chapter in the president’s office, it has a fresh accolade to trumpet. Earlier this month, CSUSM was ranked No. 27 on a list by Great Value Colleges of the top 30 colleges that are excelling in community outreach, with the website highlighting the tribal engagement program as a standout.

CSUSM was one of just two universities in California, and the only one in the CSU system, to make the list.

“That was a surprise,” said Patricia Prado-Olmos, who has been vice president of Community Engagement since 2015. “It was really gratifying. As a campus, we know we’re doing good work. This recognition acknowledges our impact and partnerships on a national level."

As part of the changes, which also will involve the Office of Inclusive Excellence and the Office of Communications moving underneath the president, Prado-Olmos has been given a new title. She's now chief community engagement officer (CCEO), reflecting her charge to work with faculty, staff and students across the university to more deeply connect with the region. 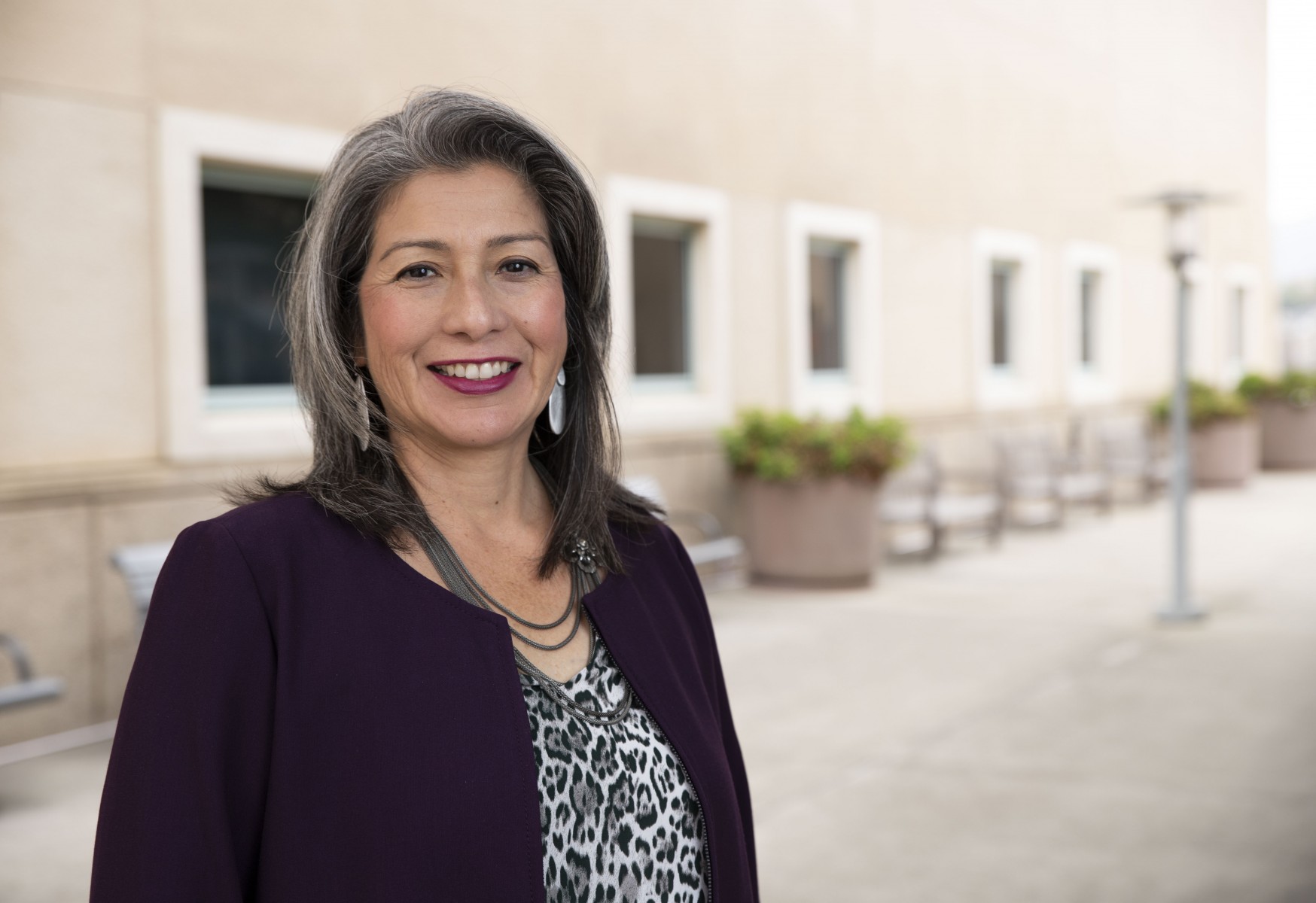 Patricia Prado-Olmos, formerly CSUSM’s vice president of Community Engagement, has been given a new title: chief community engagement officer, reflecting her charge to work with faculty, staff and students across the university to more deeply connect with the region.

“Community engagement, like diversity and inclusion, undergirds the values we stand for,” Prado-Olmos said. “This model transcends divisions, and one of the most important outcomes that I look forward to is furthering the connections and conversations across campus and with the external community. As part of the president’s office, community engagement will be able to serve as a door to welcoming community members to our campus.”

Accompanying Prado-Olmos into the president’s office will be several programs and initiatives that are crucial to the notion of community engagement as a university-wide priority – community outreach, government relations, community engaged scholarship (CES), tribal engagement and The Alliance, a partnership with 10 local school districts to create a pathway to college access and success. Prado-Olmos also plans to adopt new initiatives, including possible ties between economic development and the new Innovation Hub on campus.

Other parts of Community Engagement have been dispersed elsewhere across campus. The Office of Internships has shifted to the Career Center, and the initiatives of civic learning and service learning have joined the Office of Undergraduate Studies.

“We nurtured them and grew them. Now it’s time to spread out the responsibilities,” Prado-Olmos said. “They’re still supported, still growing strong, and ready for their next iteration in those areas.”

Community Engagement may have a different structure, but its vision remains unflinching. That's no surprise for a division that in 2015 received the Community Engagement Classification from the Carnegie Foundation for the Advancement of Teaching, becoming one of only 360 other U.S. colleges and universities to earn the prestigious designation that reflects an institution’s commitment to engagement through teaching, research, service and partnerships.

“I am sad that we’re not on campus this semester, but I’m excited for the future," Prado-Olmos said. "And I’m committed to keeping Cal State San Marcos focused ahead and doing the very best we can for our students, our staff and faculty, and the community.”