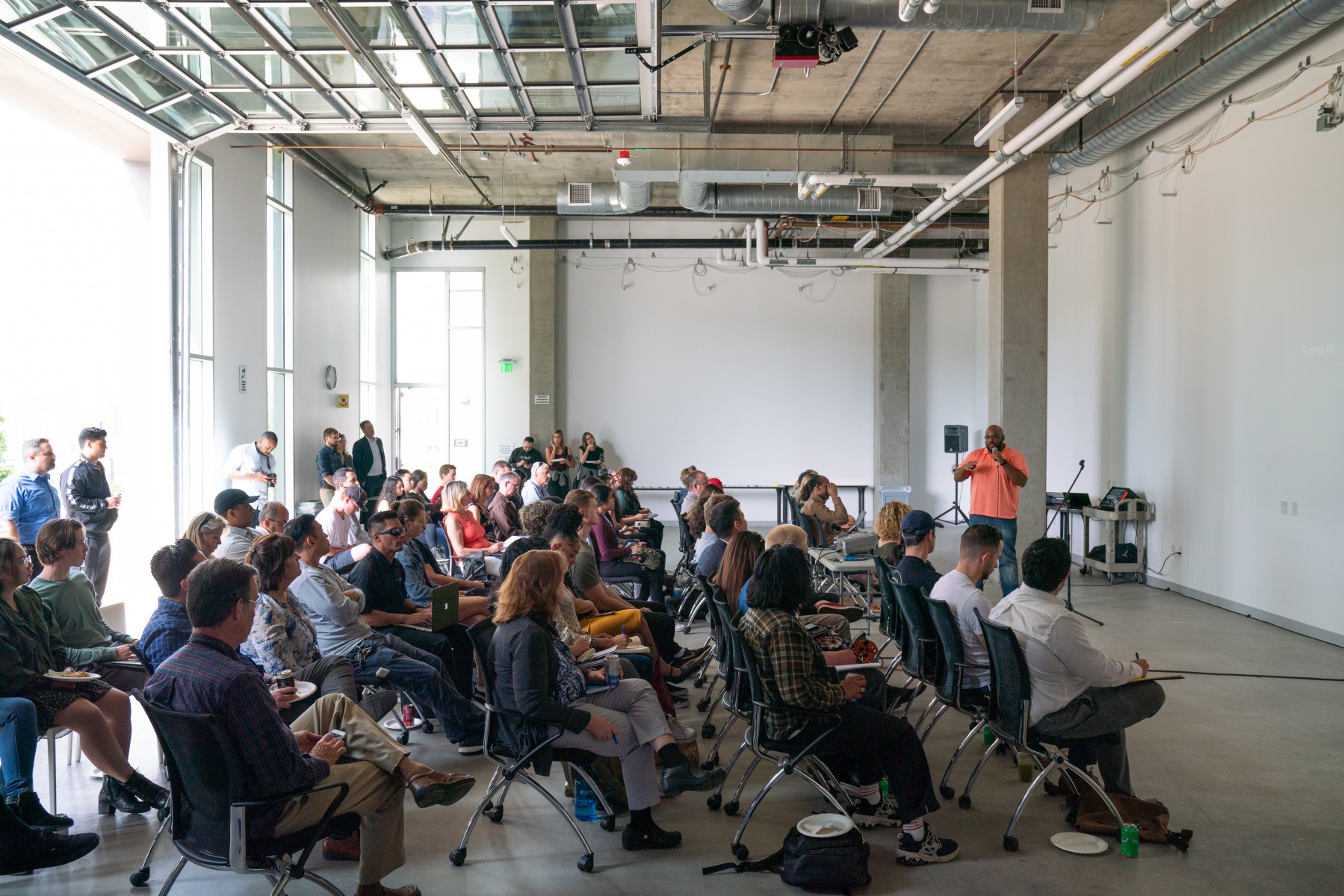 The CSUSM Innovation Hub in the Extended Learning building, pictured in February 2020, is receiving $250,000 in funding from The Conrad Prebys Foundation. Photo by Chandler Oriente

Cal State San Marcos has received a $250,000 grant from The Conrad Prebys Foundation that it will use to continue to build out the Innovation Hub that first launched last spring.

The gift announced Tuesday is the first one that CSUSM has received from The Conrad Prebys Foundation, the largest charitable organization in San Diego County, or its namesake, Conrad Prebys, one of the most prolific philanthropists in the region’s history.

“We are filled with gratitude by the generosity of this gift from The Conrad Prebys Foundation, an organization that is changing the face of San Diego through its commitment to philanthropy,” CSUSM President Ellen Neufeldt said. “Innovation is central to everything we do at CSUSM, and this grant will allow us to build on our efforts to help solve crucial problems for our region’s future.”

CSUSM is among 121 grant projects that are receiving nearly $78 million in funding during the inaugural grant cycle of The Conrad Prebys Foundation. The recipients include some of the most prominent institutions in San Diego, such as Rady Children’s Hospital, Sharp HealthCare, KPBS, Scripps Research, San Diego Zoo Wildlife Alliance and The Old Globe. Also among the grants are 10 to higher education institutions totaling almost $17 million.

The CSUSM Innovation Hub is a 2,800-square-foot space within the Extended Learning building on campus. Designed to teach students how to be entrepreneurs, innovators and the next generation of leaders, the Hub was set to launch in person by April 2020, but the coronavirus pandemic forced activity to be held in a virtual setting. Despite that limitation, the Hub has enjoyed success, including student innovation competitions that created unique solutions for local K-12 districts.

The grant from The Conrad Prebys Foundation will allow the Innovation Hub to meet its technology, equipment and critical supply needs to transform the space, enabling projects to move forward from ideas through commercialization. Funds will be used to outfit the Hub with forward-thinking technology such as virtual reality equipment, 3D printers and scanners, 360-degree cameras and makerspace tool kits, among other products.

“We are very excited and grateful to be part of The Conrad Prebys Foundation recipient list in fulfilling the vision of the CSUSM Innovation Hub,” said Jill Litschewski, director of the Hub. “The grant will allow us to continue the momentum in building CSUSM’s social innovation and entrepreneurial spirit, pursuing solutions to our region’s most pressing needs.”

The potential of the Innovation Hub was illustrated recently when a team composed mostly of current and former CSUSM students came together through the Hub to win a $15,000 prize in a virtual hackathon organized by an arm of the U.S. Department of Defense.

“Our relationship with The Conrad Prebys Foundation will allow CSUSM to achieve something transformative for our students, for our community and the whole North County region,” said Charles De Leone, faculty director of innovation and interim dean of the Office of Graduate Studies and Research. “It gives CSUSM a chance to be the innovative engine to drive us to a new and brighter future for all the members of our community.”

In addition to the nearly $78 million in grants announced Tuesday, The Conrad Prebys Foundation already has received letters of intent for its next grant cycle, which will be announced this summer.

“Our staff and board are honored to serve as stewards for The Conrad Prebys Foundation, and with our role comes the responsibility to empower the nonprofits creating meaningful change across San Diego,” said Erin Decker, director of grantmaking for the foundation. “The grantees have exhibited an extraordinary level of resilience, innovation and compassion during this very challenging time, and it is these organizations that will heal our community in the months and years to come. The foundation is proud to be a part of their story.”