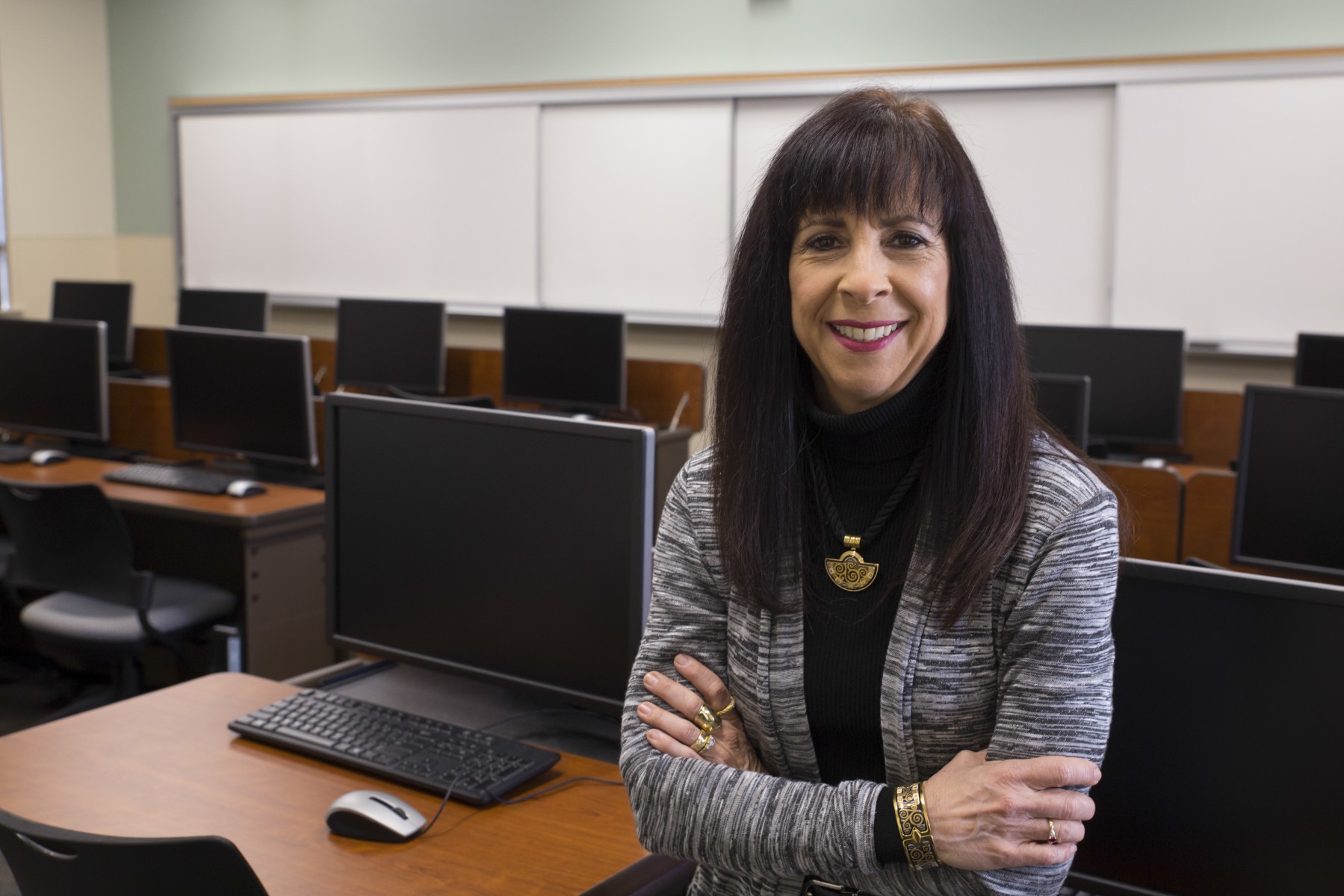 Katherine Kantardjieff, the founding dean of the College of Science and Mathematics, will begin a new position as provost at Cal State Monterey Bay on July 1.

With Cal State San Marcos faculty and staff working remotely during the COVID-19 crisis, Katherine Kantardjieff had to deliver the news of her impending departure to colleagues via Zoom.

Kantardjieff could see the visible shock on the faces of faculty as she told them that she had accepted a position as provost at Cal State Monterey Bay beginning July 1.

“It’s poetic that Katherine will be remembered as the founding and only dean of the College of Science and Mathematics,” said Tsui, chair of the physics department. “Her work and her community-building efforts really contributed significantly to establishing our identity in North County.”

It wasn’t an easy decision, but Kantardjieff is looking forward to the opportunity at Monterey Bay.

“When doors open – and they may open only once – you’ve got to go through,” she said. “I really wanted to take all that I've learned and put to good use as a dean and put it to good use on a broader scale for all of Academic Affairs at a university. And I'm ready to do that at this point in my career.”

Kantardjieff has been part of the California State University system for more than three decades. She arrived at CSUSM in 2011 to lead the development of the newly established College of Science and Mathematics, which was created from departments housed in the former College of Arts and Sciences after a restructuring of Academic Affairs in 2010.

The lengthy list of accomplishments during Kantardjieff’s tenure as dean includes helping to grow both tenure-track faculty and the number of majors, and working with campus leadership to increase external funding.

“It's been an incredible ride for nine years. I was fortunate to take the helm of a college that was staffed with incredibly talented and passionate people.”

Kantardjieff worked to build community within the college as well as build its brand and identity throughout the region.

Kantardjieff’s early initiatives also included the formation of an advisory council composed of leaders from local industry who continue to offer guidance to help the college best serve the region and the state. The advisory council provided vital feedback as Kantardjieff guided the college to one of its crowning achievements – the establishment of an engineering program, which went from concept to launch in just four years.

“The college has grown significantly under her watch, and it goes without saying that much of it is thanks to the fantastic job she does of establishing strong connections with the community and local industry,” Tsui said. “Industry partnerships really helped make possible several research labs and, of course, the launch of the software and electrical engineering programs.”

Kantardjieff is grateful for the opportunity she had at CSUSM to take the helm of a newly formed college and help it grow into a leader for preparing students for the STEM workforce.

As Kantardjieff prepares for the next chapter of her life and reflects on nearly a decade at CSUSM, it’s the people she will miss most.

“San Marcos is just a very unique collection of people in the CSU,” she said. “I've been in the CSU for 31 years. I've worked on three campuses and I have visited every campus, in some cases several times, and you don't find this kind of intersection, this kind of spirit, anywhere else.”