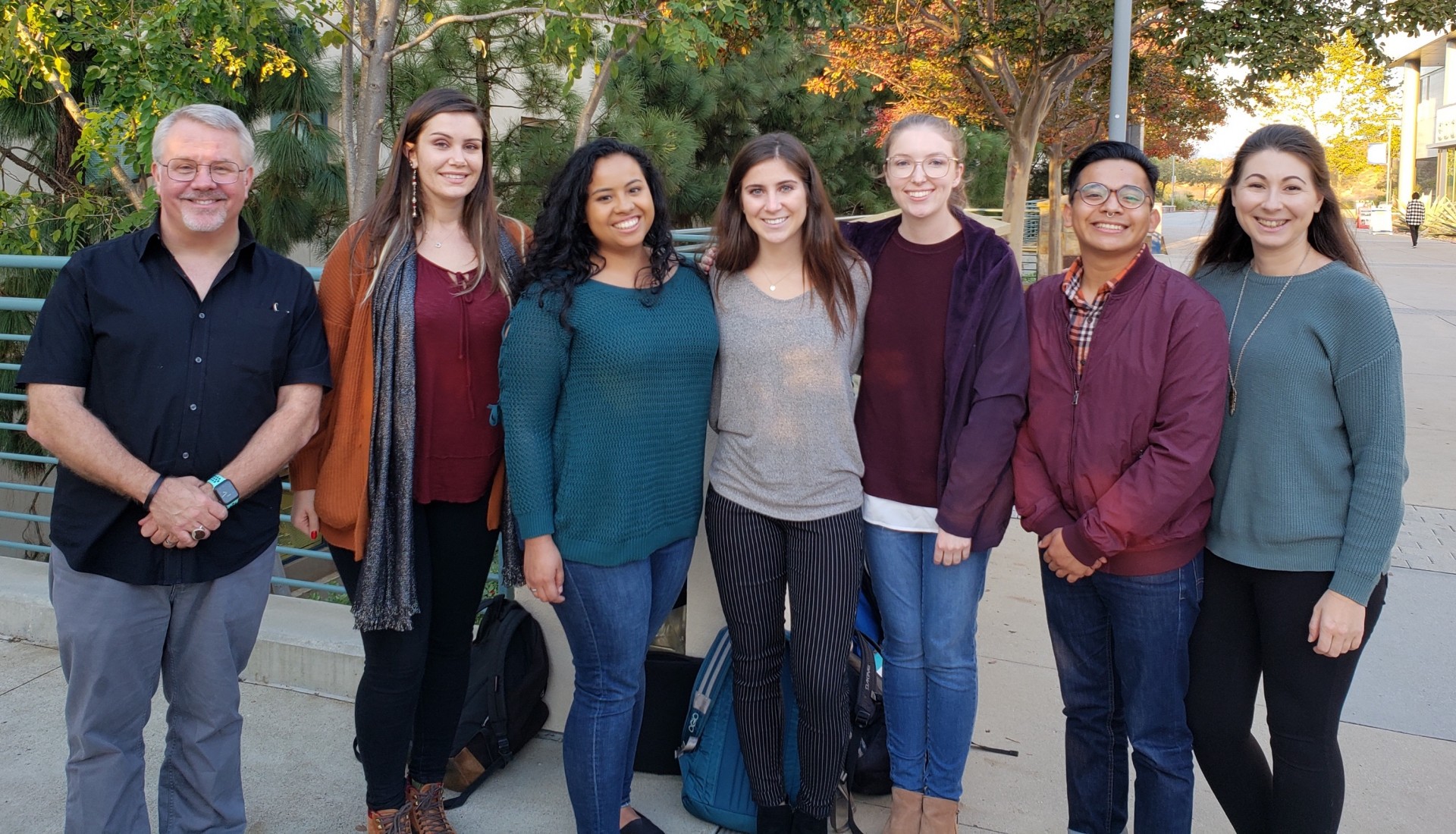 When Amanda Melanese learned that John Warner would be speaking at Cal State San Marcos, the fourth-year chemistry student got on YouTube to view some of his past talks.

Warner didn’t disappoint in person, either. His keynote address at the Southern California Conferences for Undergraduate Research (SCCUR) in November was one of the highlights for the nearly 1,400 participants who attended the annual one-day conference for undergraduate students to present their research, scholarship and creative work.

Warner is a renowned chemist and co-founder of the Warner Babcock Institute for Green Chemistry, which defines green chemistry as “the science of making smart choices from the very beginning about the chemicals that make up the products we use every day.” Warner co-authored the seminal book on green chemistry, “Green Chemistry: Theory and Practice,” and has received numerous awards for his work, including the 2004 Presidential Award for Excellence in Science Mentoring and the 2014 Perkin Medal, widely acknowledged as the highest honor in American industrial chemistry.

Warner’s visit to CSUSM was made possible through a Jean Dreyfus Lectureship for Undergraduate Institutions award received by Robert Iafe, an assistant professor of chemistry and biochemistry. Warner hosted two talks, met with students in CHEM 308 Environmental Chemistry and CHEM 690 Chemistry & Biochemistry Seminar, and was the guest of honor at a special “invitation only” banquet during his visit. His first talk on Nov. 22 was more technical for a smaller group of CSUSM chemistry students. The SCCUR keynote address was designed for a broader audience, focusing on efforts to make green technology truly clean and “help us reach the world we want.”

“It was really life-changing for those who attended the talk,” said Iafe, who co-chaired SCCUR with biology professor Betsy Read.

“John Warner’s speech provided perspective, motivation and a combined understanding of both art and science,” added arts and technology student Micah Mariah. “I appreciated his ability to recognize that these two subjects demand each other for future advancement.”

Biochemistry student Kaylee Shoemaker praised Warner’s ability to connect with a diverse audience, which included students from the arts and business. It was something that was appreciated by students who don’t have a chemistry background.

“As a non-chemistry major, I wasn’t sure how much I was going to understand,” said molecular biology student Ebony Stretch. “It wasn’t heavily focused on what chemistry is, but more the impact chemistry can have. And that really made it enjoyable.”

The theme of the SCCUR event was sustainability, from forgoing plastic water bottles in favor of recyclable cups to eschewing paper programs and providing an electronic version instead. Warner’s talk proved a perfect complement to those efforts.

“His talk was like the icing to a fantastic conference,” Iafe said.

The Student Poster Showcase annually promotes the success of student research and creativity at Cal State San Marcos, and the fall 2021 event was no exception. The event, held Nov. 9 outside of the …
Read more

Having grown up in Korea, Michelle Kang set out to make the most of her college experience upon her arrival at Cal State San Marcos.She began as a kinesiology major, hoping to work as a trainer or …
Read more
NewsCenter