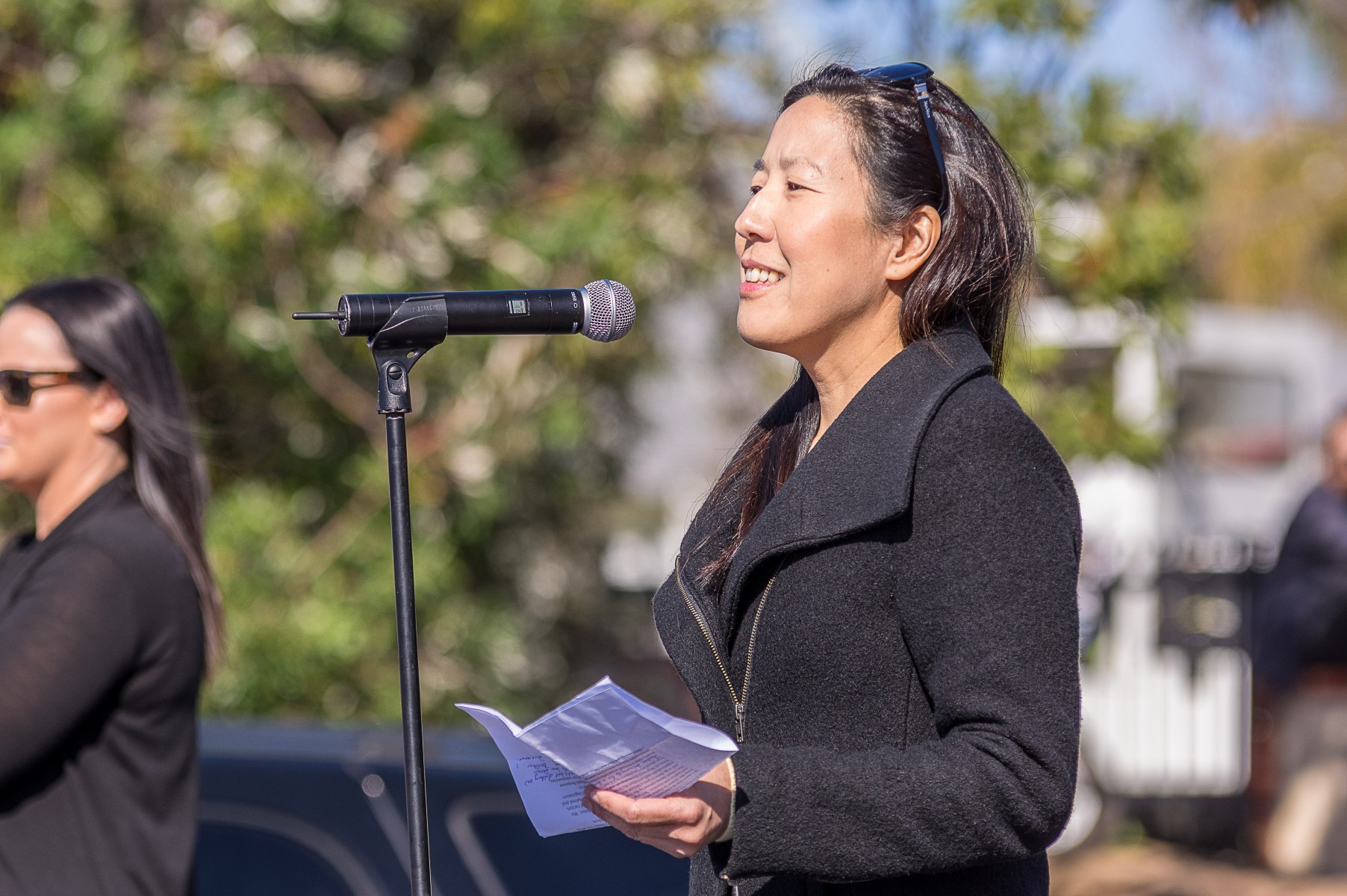 S. Debbie Kang
CSUSM History Professor S. Deborah Kang’s groundbreaking book, “The INS on the Line: Making Immigration Law on the US-Mexico Border, 1917-1954,” earned a pair of prestigious awards recently. In March, the Society for History in the Federal Government honored Kang with its Henry Adams Prize. In April, the Immigration and Ethnic History Society honored Kang with its Theodore Saloutos Book Award for presenting a major new scholarly interpretation related to the immigration history of the United States. Photo by Joe Dusel

Cal State San Marcos history professor S. Deborah Kang’s groundbreaking book unmasking the little-known history of our nation’s immigration agencies is quickly racking up the honors, with her new work, "The INS on the Line: Making Immigration Law on the US-Mexico Border, 1917-1954," securing a pair of prestigious awards recently.

In March, the Society for History in the Federal Government honored Kang with its Henry Adams Prize, stating the book “offers a comprehensive legal history of the Immigration and Naturalization Service on the US-Mexico border during the first half of the twentieth century.” In April, the Immigration and Ethnic History Society honored Kang with its Theodore Saloutos Book Award for presenting a major new scholarly interpretation related to the immigration history of the United States.

“I’m deeply honored to receive these awards,” Kang said. “Every year, scores of outstanding works are published, so as an author you don’t even think about winning any kind of recognition, which makes this all very humbling.”

The recognition is well deserved. "The INS on the Line" (Oxford University Press, 2017) traces how local INS agents made and remade the nation’s immigration laws over the course of the 20th century, establishing itself not only as a law enforcement agency, but also as a legislative body. Among the examples is how the Border Patrol created the so-called 100-mile zone that today allows immigration officers to stop and search anyone within 100 miles of the border. It is that law that authorizes checkpoints near San Clemente, Temecula, and along the Interstate 8 corridor east of San Diego, and the practice has long been decried by critics saying it makes a mockery of the Fourth Amendment’s prohibition against unreasonable searches and seizures.

Border agents had long been stopping and searching vehicles without a warrant before officials began lobbying Congress in the 1940s to approve legislation providing explicit approval to do so.

“This legislation was passed so as to shore up the precarious legal status of the Border Patrol’s car searches,” Kang said.

These searches, Border Patrol officials admitted in 1944, were conducted indiscriminately and without proper authority.

On the flip side, INS agents in the Southwest often ignored immigration laws to facilitate trade and accommodate families with deep roots in cross-border regions.

“The book challenges our notion of the way that immigration law gets made and documents how low-level bureaucrats and officers played a pivotal role in creating policy,” Kang said. “The American public has this idea that immigration law is based solely on the expertise of our lawmakers in Congress and the courts, but, in fact, border agents often were making up these laws and policies in highly arbitrary ways and in response to on-the-ground conditions in the Southwest.”

Her motivation for the book?

“The INS is an opaque agency,” she said. “It holds its histories and current operations close to the vest. While there are several excellent studies on the agency, much more work needs to be done for scholars and the American public to fully understand its impact on the law and society.”