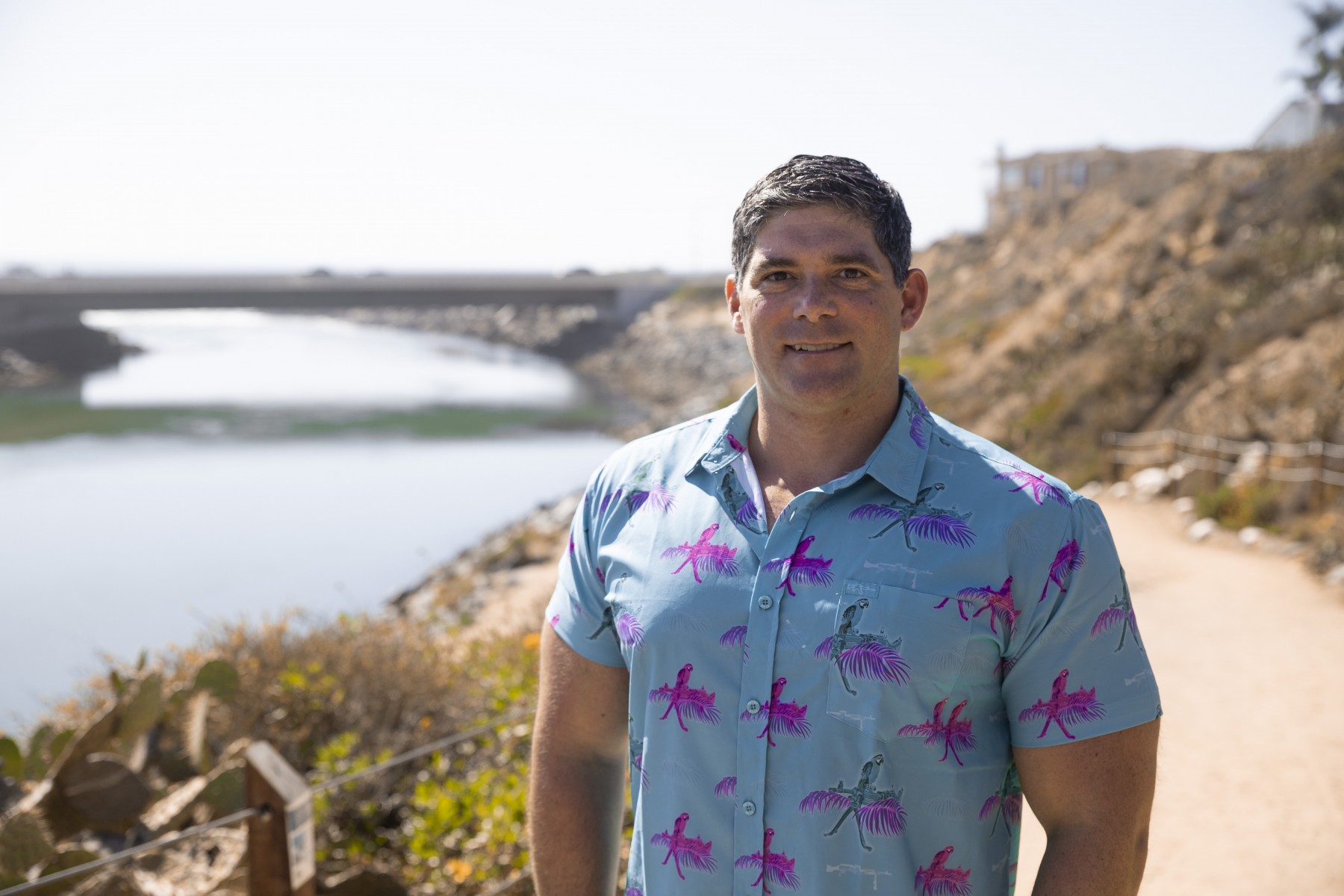 Everyone knows about the life-or-death danger that military members are exposed to when they enlist. Perhaps less appreciated is the everyday wear and tear that their bodies absorb because of the physical rigors of the job.

Bob Smetanka is all too familiar with that. He joined the Marines during his last year of high school, just before Sept. 11, and served for five years, mostly at Camp Pendleton. He sprained his ankle multiple times. He hurt his shoulder. Nearly two decades later, he deals with persistent pain in his knees and lower back.

Back then, Smetanka was on the receiving end of military injuries. These days, he’s doing his part to help the next generation of service members and veterans avoid the same fate.

Smetanka is putting his bachelor’s and master’s degrees in kinesiology from Cal State San Marcos to good use, working for a nonprofit organization that operates out of Naval Medical Center San Diego and conducts research to advance military medicine.

“My knees and ankles and shoulder are all jacked up from my time in the Marines,” Smetanka said. “That was almost 20 years ago, so I hope we would have better information now. But being a part of getting that information and providing it to the guys who come in 20 years later, it’s nice to know that someone is doing it.”

Smetanka, a New Jersey native who earned his bachelor’s in 2017 and master’s in 2019, is in his second year as the research program coordinator for the Henry M. Jackson Foundation for the Advancement of Military Medicine, a Maryland-based organization that sponsors research in support of military health around the globe. After first being hired by the foundation to work in the infectious diseases department (in a quirk of timing, that happened right before the pandemic hit, and he spent a year doing early research on COVID-19), Smetanka moved in February 2021 to the Extremity Trauma and Amputation Center of Excellence (EACE).

In his current role, he works with a team of eight on studies of active military and veterans who have sustained injuries or had limbs amputated. Aided by his research experience from CSUSM, Smetanka does a lot of data collection and analysis, but as the only veteran in his office, he’s also leaned on to recruit military members for studies.

“Having that connection with patients who are coming in makes it so much easier to talk to them,” he said. “I know where they’re coming from. I know what they’ve done.”

Smetanka is currently juggling several research projects, including one on lower back pain and how successfully physical therapy addresses it, one in which a special treadmill featuring the type of grips found on a rock climbing wall is utilized to help prevent ankle sprains, and one that involves giving stem cell injections to amputees to try to make the skin on the bottom of their stumps more resilient and less prone to abrasions and subsequent infections. The last of those is a partnership with Johns Hopkins University.

The findings of this and other research might not benefit Smetanka himself. But he likes to think about the potential impact on his two younger brothers. One is a full-time member of the National Guard, and the other is stationed in Hawaii with the Air Force.

“My brother in the Air Force is 16 years younger than me,” Smetanka said. “If he were to become injured – whether it’s a busted knee, busted ankle, an amputation – I feel like the information I’m gathering, the studies that I’m working on could help him and future generations of the military. I want them to get the treatment that I wasn’t able to.”