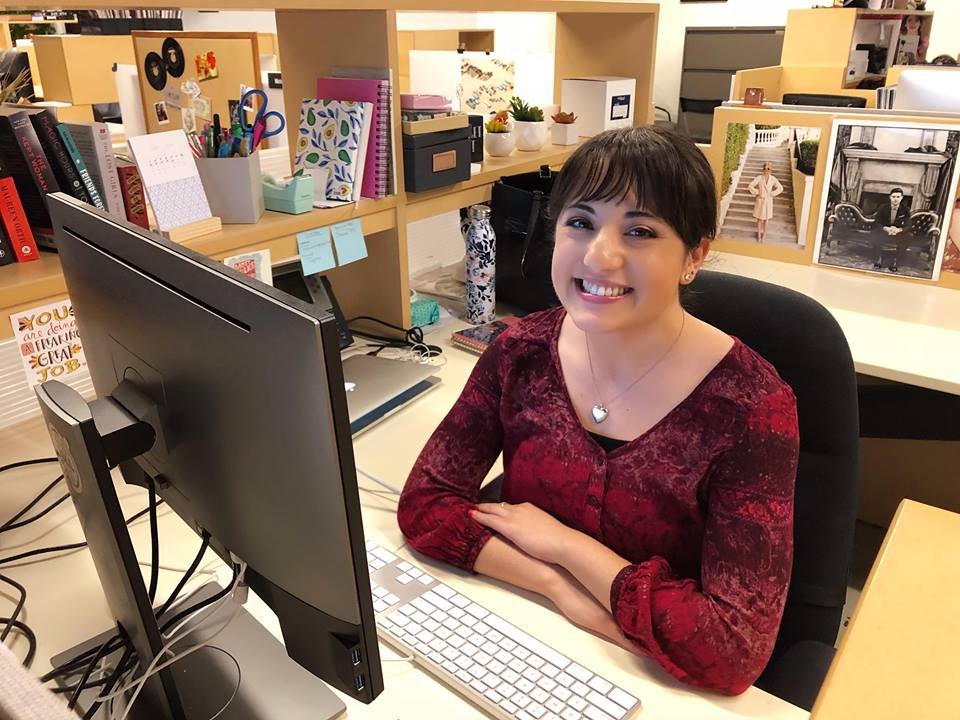 Lexy Perez figured a rejection letter would eventually reach her email inbox when she applied for an internship with The Hollywood Reporter in 2016.

She was sure one of the entertainment industry’s most esteemed publications would select someone who lived near the company’s Los Angeles headquarters over “a girl from Escondido.”

But Perez also knew the importance of putting herself out there and taking a chance – and it paid off in more than one way.

“I got the internship,” Perez said, “and it ended up changing my life completely.”

Just two years removed from earning her bachelor’s at Cal State San Marcos, Perez is the assistant editor for The Hollywood Reporter’s online site. She is responsible for a variety of writing and editing in addition to being involved in the behind-the-scenes process of publishing print content to the company’s online database.

Perez has always had a passion for writing, but she was conflicted about what area of study she wanted to pursue at CSUSM. She had other interests she wanted to explore, including psychology. To help alleviate the decision-making stress she was feeling, Perez visited CSUSM’s Career Center where she met with a counselor and took a career aptitude test. The results showed her top two career tracks as journalist or psychologist. So, she decided to study both, majoring in psychology and minoring in literature and writing studies.

“Whether listening to interesting lectures in classes, talking with other students with similar interests or talking with a guidance counselor, CSUSM just really helped me find my way and sort through my confusion of what I wanted to pursue going forward,” Perez said. 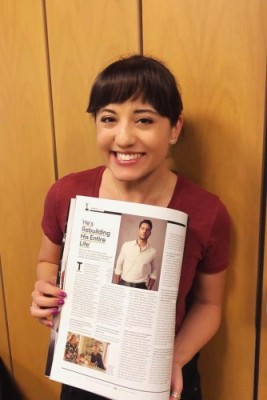 Another turning point for Perez was her decision to join The Cougar Chronicle, CSUSM’s student newspaper. She started as a writer for the paper’s entertainment section and eventually became its entertainment editor. The experience not only made Perez a better writer, it helped her fine-tune other critical skills, including interviewing, editing, and pitching and creating content.

“Having that background and building my writing portfolio truly helped me earn the internship with The Hollywood Reporter, which ultimately led to my career,” she said.

As an intern for The Hollywood Reporter, Perez attended events, interviewed people from the entertainment industry and wrote online content. She continued to write for the company as a freelancer once the internship ended. Thanks to her connections, she learned in January that the company was searching for an assistant editor. She once again successfully navigated the application and interview process, earning the full-time position and relocating from Escondido to Los Angeles.

“I’ve always been enthralled with pop culture and a self-proclaimed TV and movie junkie,” she said. “Being able to go to work every day and talk about all the shows that I binge, new movies coming out or dissect who got nominations for award shows is something I thoroughly enjoy and find so much fun.”

While Perez has met and interviewed countless people from the entertainment industry, two stories stand out for her.

While working as a freelancer, she interviewed Marlene King, the creator and showrunner of “Pretty Little Liars” for a story about the show’s series finale.

“That story was special to me because I was such a fan of the series and it didn’t necessarily feel like work for me but rather something fun to do,” she said. “I was proud that it became such a huge traffic story for our online site, having grown to become the top read story for the day, which was rather exciting for me.”

Perez also had an opportunity to interview Justin Hartley, an actor from the NBC drama “This is Us.” Though she typically writes for The Hollywood Reporter’s online site, the Hartley story was her first to be published in the print edition – and Hartley even thanked Perez for the story on Twitter.

Perez knows firsthand the importance of persistence, and when asked if she has any advice to share with CSUSM students, it's that trait that comes to mind.

“Any small effort can end up making a difference,” she said. “Don’t be afraid to put yourself out there. With the millions of times you get ‘no’ from your job applications, there is always going to that one ‘yes.’ Just keep trying, hang in there as best as you can and embrace the journey, even if you aren’t sure what it is or where you want it to lead yet.”