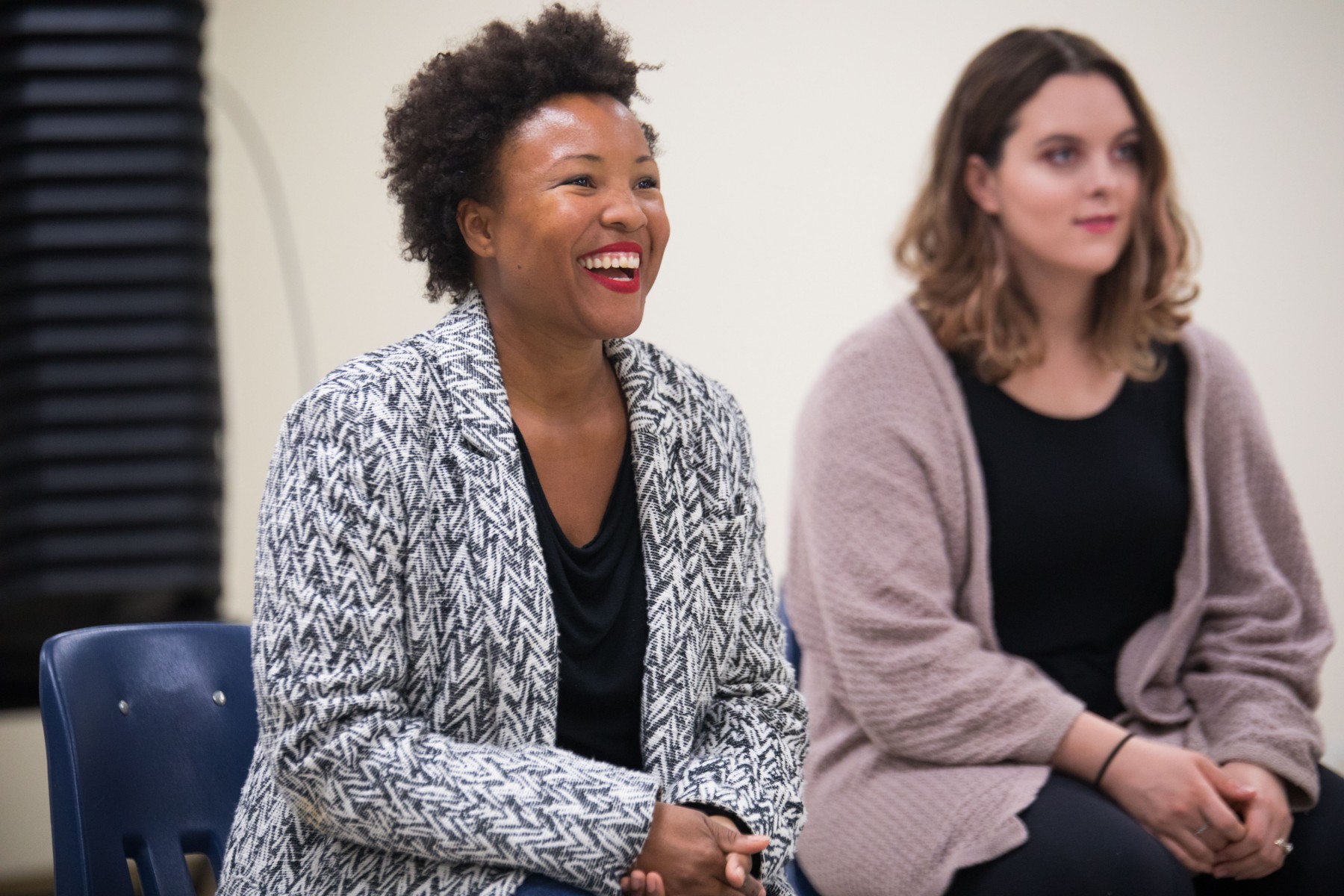 Malesha Taylor
An accomplished musical artist, CSUSM lecturer Malesha Taylor wants "students to feel like they can look into jobs and opportunities in the music field." Photo by Andrew Reed

Malesha Taylor wants to help instill confidence in her Cal State San Marcos students to pursue a career in music if that’s their dream.

“A lot of people think you can’t have a musical career, that it’s just a hobby,” said Taylor, who joined CSUSM’s music department as a lecturer in January. “I want students to feel like they can look into jobs and opportunities in the music field.”

An accomplished musical artist herself, Taylor is certainly setting the right example.

Taylor got serious about singing while in high school. Her choir teacher recommended she look at Cal State Fullerton, which has a well-regarded music program. After earning her bachelor’s in music with a concentration in vocal performance there, Taylor received her master’s in music from USC. She has been performing and teaching ever since.

“It started as a joke,” Taylor said. “Someone said, ‘You should just bust into a corner store one day and start singing opera. Shock people.’ ”

As Taylor mulled over the idea, she thought about having a video person follow her to capture the reaction from people. From there it grew into a serious project.

Living in Brooklyn at the time, Taylor went into barbershops, bodegas, buses and laundromats for impromptu opera performances. Her work became part of an exhibition called “Cultural Fluency: Engagements with Contemporary Brooklyn,” hosted by a Brooklyn gallery.

Taylor revisited the idea after relocating to San Diego, participating in the Museum of Man’s “Art Crawl” in 2016.

“You never expect opera to be in those places and why is that?” she said.

While Taylor has an opera background, she is comfortable in a wide range of genres, which is one of the reasons she was a perfect fit at CSUSM.

The University’s music department is unique in its approach, allowing students to learn different genres rather than discouraging crossover. Taylor supports students no matter their interest, whether it’s jazz, pop, soul or something else entirely.

“It’s very liberating for students to come in and know that I’m going to support what they want to learn and that I’m not going to impose a genre on them,” Taylor said.

Taylor works in group settings with students as well as individually. They routinely do mind and body exercises, including stretching and yoga, as well as a variety of vocal exercises. She also works with students on overcoming nerves that may accompany performing.

With her first semester at CSUSM complete, Taylor is looking forward to picking back up again in the fall. She will be directing a new gospel choir, which is open to students, faculty and staff, while continuing her vocal work with students.

“I’d like them to look for opportunities near campus to perform,” Taylor said. “I want them to find places where they can share their gifts because they’re all very gifted.”