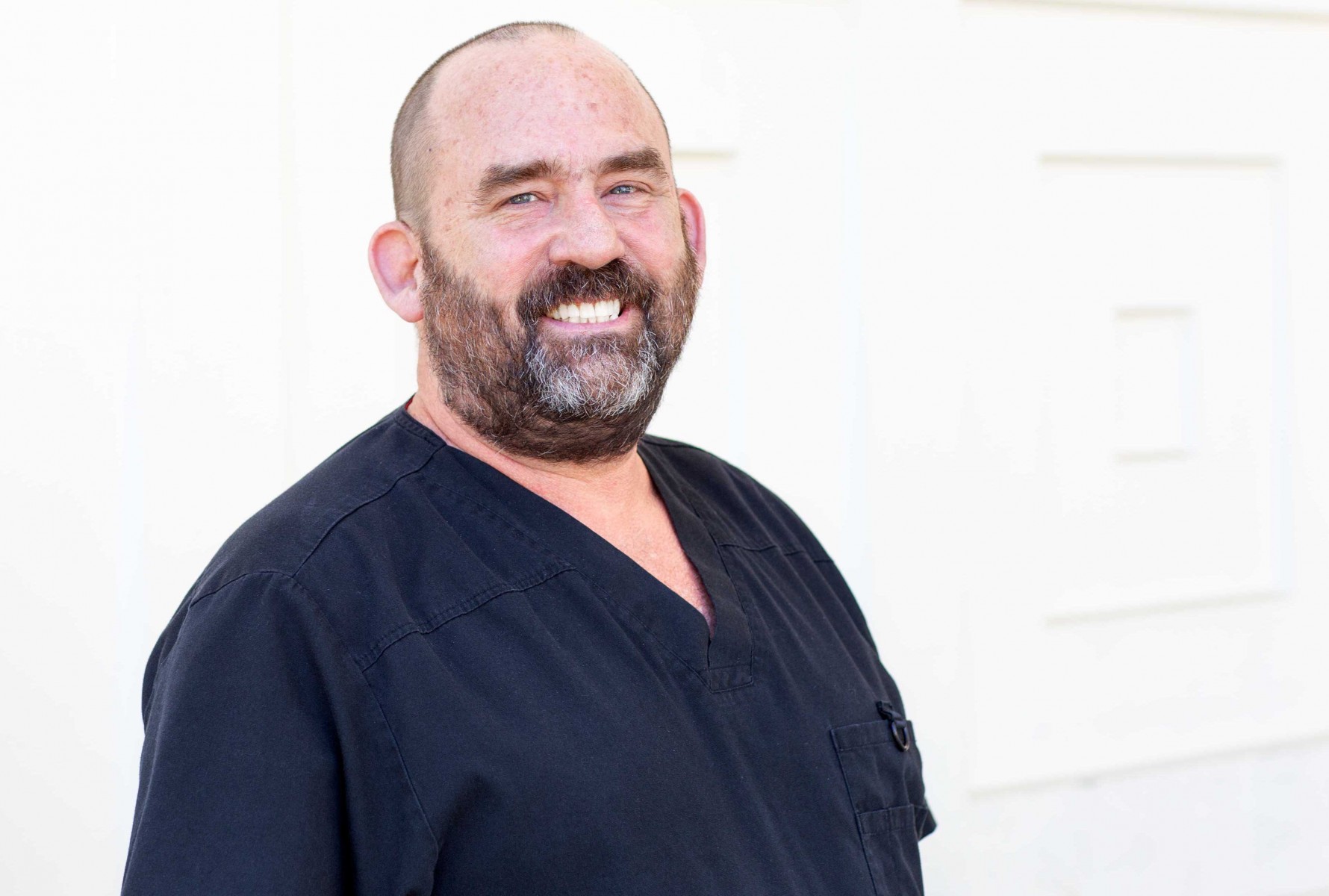 In 2017, Kenneth Graves knew things had to change. At 51, he had a hard time holding down a job and a harder time focusing in general. He had always had difficulty following through with his ambitions, leaving him frustrated. He had been indigent several times in his life, even living out of his truck for a time.

Cognitive behavior therapy brought him some clarity. And then he asked for an MRI. As a football athlete in high school, Graves was the starting center on the offensive line, weighing in at just 170 pounds. He got battered. A lot.

“I’ve probably had 20 to 25 concussions in my life and I’ve been knocked out three or four times,” Graves said.

The MRI confirmed a number of traumatic brain injuries, but there was something even more concerning. A mass of jumbled capillaries — called an arteriovenous malformation (AVM) — was nestled between the two lobes of his brain. The doctors said it had been there since birth, prone to rupture the whole time, and that it had to go.

This was not exactly the “something different” Graves was looking for. And it would most certainly be uncomfortable. But it also added another layer of clarity to the difficulties he had carried in his life.

The craniotomy to remove his AVM in June 2018 was a success, although not without some of the possible complications.

“When I woke up, I couldn’t walk, and I couldn’t talk right,” Graves said. “It took me about six months to start getting my mind back and I had a year or a year and a half before my left leg had recuperated enough to where I could work on my feet.”

With such a long recuperation, Graves had time to think about his life. He knew he wanted to find a career that would not only honor the support and care he had received but would also pay it forward.

The six-month certificate program combines classroom training and clinical experience to equip students with the skills to contribute in a number of healthcare settings. It also prepares students to sit for the California Certified Medical Assistant exam.

“I can’t tell you what a debt of gratitude I owe to this program,” said Graves, who was still wobbly when he first walked into classes at the VCC, but got stronger as the semester progressed. “It allowed me to learn while I was still challenged, and the critical clinical skills were one of the best things about it. I felt proficient by the time we were done. Of course, the instructors were amazing.”

Things were finally turning around. Graves, who had always had trouble completing things in his life, not only finished the medical assistant training program but spoke at the graduation as “the guy with the interesting comeback story,” he said. He also went on to earn national certification by passing the Certified Clinical Medical Assistant exam through the National Healthcareer Association.

From Patient to Provider

Ready to start his career, a flurry of résumés resulted in a job offer with Scripps Clinic, Division of Neurology. Graves is a clinical medical assistant at the Parkinson’s Disease and Movement Disorder Center at Scripps Clinic Torrey Pines in La Jolla. Neurology was exactly where Graves wanted to be when he envisioned paying it forward.

His workday is packed with setting up patients in exam rooms, securing authorizations for specialty medications, stocking supplies, managing administrative duties and assisting the doctors during patient care whenever he can. This can mean anything from preparing injections to observing patient treatments.

With his unique background, Graves makes a natural connection with the patients, and he often shares his comeback story to encourage them.

“It humanizes the moment and gives them a point of contact,” he said. “I really love this work. It’s unlike any job I’ve ever had.”

Words like “lucky” and “grateful” punctuate Graves’ conversation as he gauges how far his life has changed since his surgery in 2018. He credits Eunice with guiding him through the highs and lows of his lengthy post-surgery recovery, and in January 2020 they were married. More recently, Graves settled on his next major step: to return to school and earn his bachelor's in nursing.

“I have all kinds of wonderful things going right now,” he said. “Starting to say yes — and not saying no all the time — really helps, and realizing that discomfort sometimes is just part of the process of getting somewhere.”