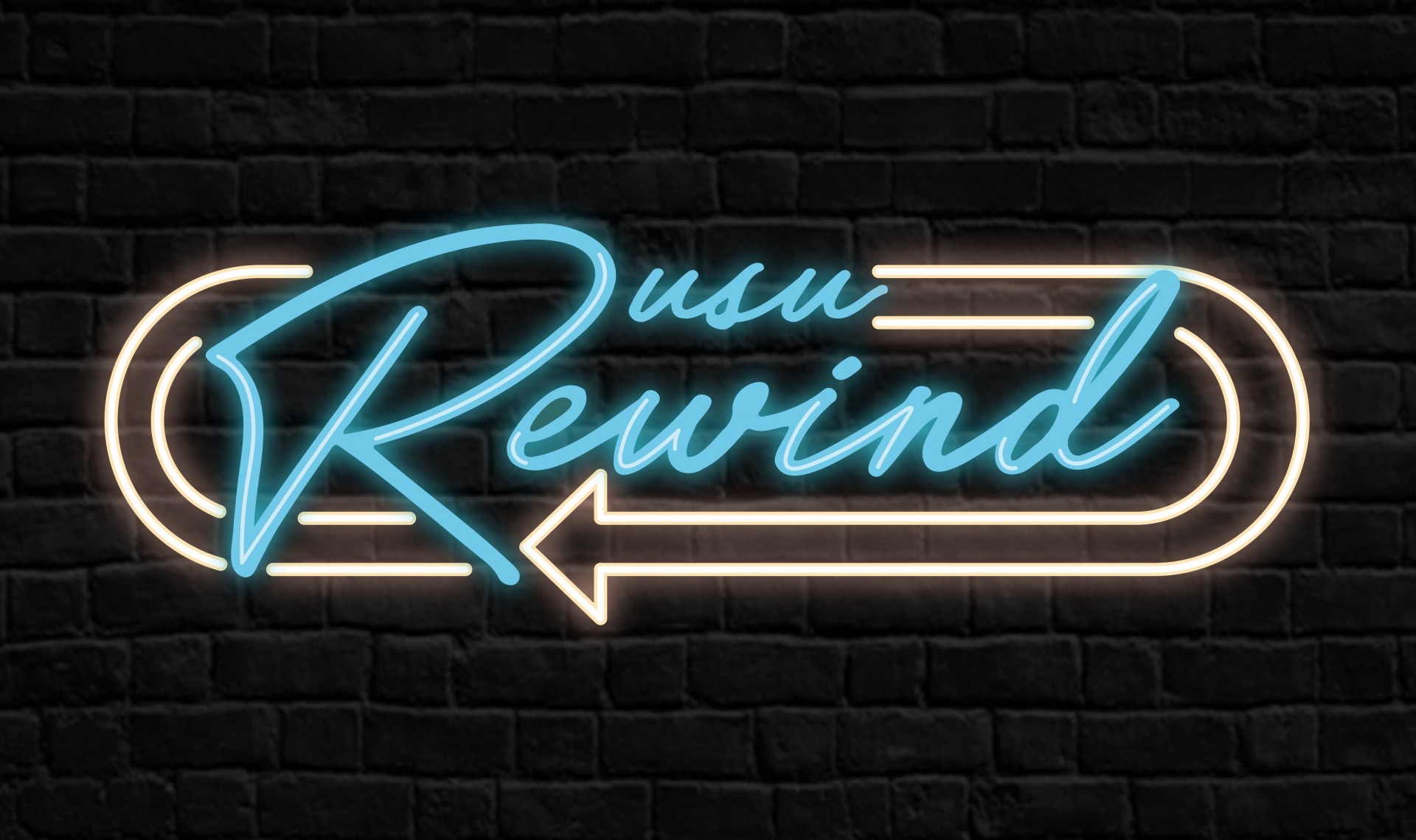 "USU Rewind" is a podcast recently launched by the USU Live! team.

Shortly after the announcement was made in May that the fall semester would be primarily virtual, members of the Associated Students, Inc., Media and Communications Team (MCT) met to brainstorm ideas for reaching Cal State San Marcos students remotely.

Eventually, talk turned to the idea of a podcast, which would offer another avenue to engage with students and ensure that they were aware of the resources available through ASI.

Little did MCT members know that another on-campus group, USU Live!, had a similar thought.

“It was something we were both working on without realizing the other group was doing it,” said Julianna Castro, an MCT member majoring in business administration with an emphasis in marketing.

“The podcasts have a very different feel in general, but it’s great that we’re both doing it and hopefully reaching more students.”

ASI’s podcast, “Amplify,” dropped its first episode on Oct. 14 and plans to release episodes monthly. USU Live! has released three episodes of “USU Rewind” since Sept. 23 and is moving toward a biweekly schedule.

While “Amplify” focuses on helping students learn about available resources and initiatives, “USU Rewind” is geared more toward the college experience and pop culture.

“With everything that’s going on, a lot of people can feel isolated and kind of miss that college life and what it’s like to be at CSUSM,” said Annie Fenton, a USU outreach specialist majoring in communication. “I hope our podcast can help them feel that sense of life on campus, especially the friendship part and the social part. We all miss being on campus. I just really hope students know that if they're having a bad day or just need to relax and have some entertainment, they can come to our podcast.”

It’s a sentiment echoed by Carolina Gil, another member of the USU Live! team.

“It's pretty difficult now that the semester started and it's all virtual,” said Gil, a business administration major. “My hope with this podcast is that students feel a connection to campus and to the student body in general.”

The idea for “USU Rewind” was first broached almost as a joke. During the summer, Fenton and Gil were talking while waiting for a meeting to begin. They didn’t realize that one of their supervisors was also on the line until, listening to them casually chatting, he said they should start a podcast. Later, another acquaintance made a similar remark.

“It’s funny how two small little comments got the ball rolling,” Gil said. “And then we just started planning from there.”

Though the pandemic waylaid hopes to do segments on group activities, Fenton and Gil said “USU Rewind” will explore ways to remain connected during such a challenging time.

The USU Live! team works collaboratively to generate episode topics and then compiles a broad outline that still allows hosts to be spontaneous.

“We meet and get an idea of what direction we want to go, but we want it to be more conversation based, like you're just sitting with your friends at lunch talking,” Fenton said.

“It’s something that we say in the podcasts,” said Castro, who serves as the producer of “Amplify.” “I feel like it represents it well. We’re here to bring attention to things. We're doing our best to adapt to the needs of the students, especially during this virtual environment, and we hope that this podcast can be a way where they can find out about the things they need in a different way than what they're used to.” 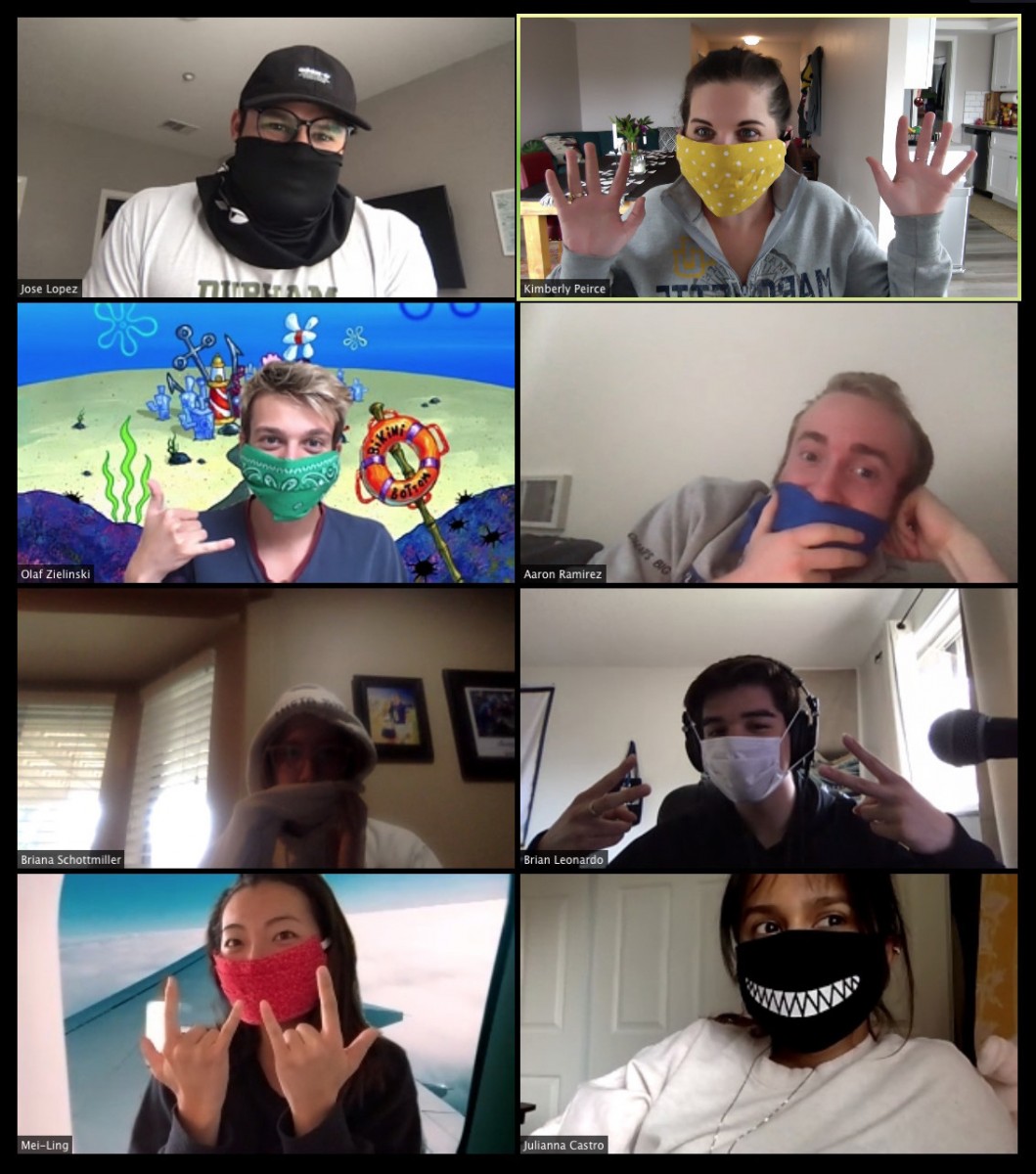