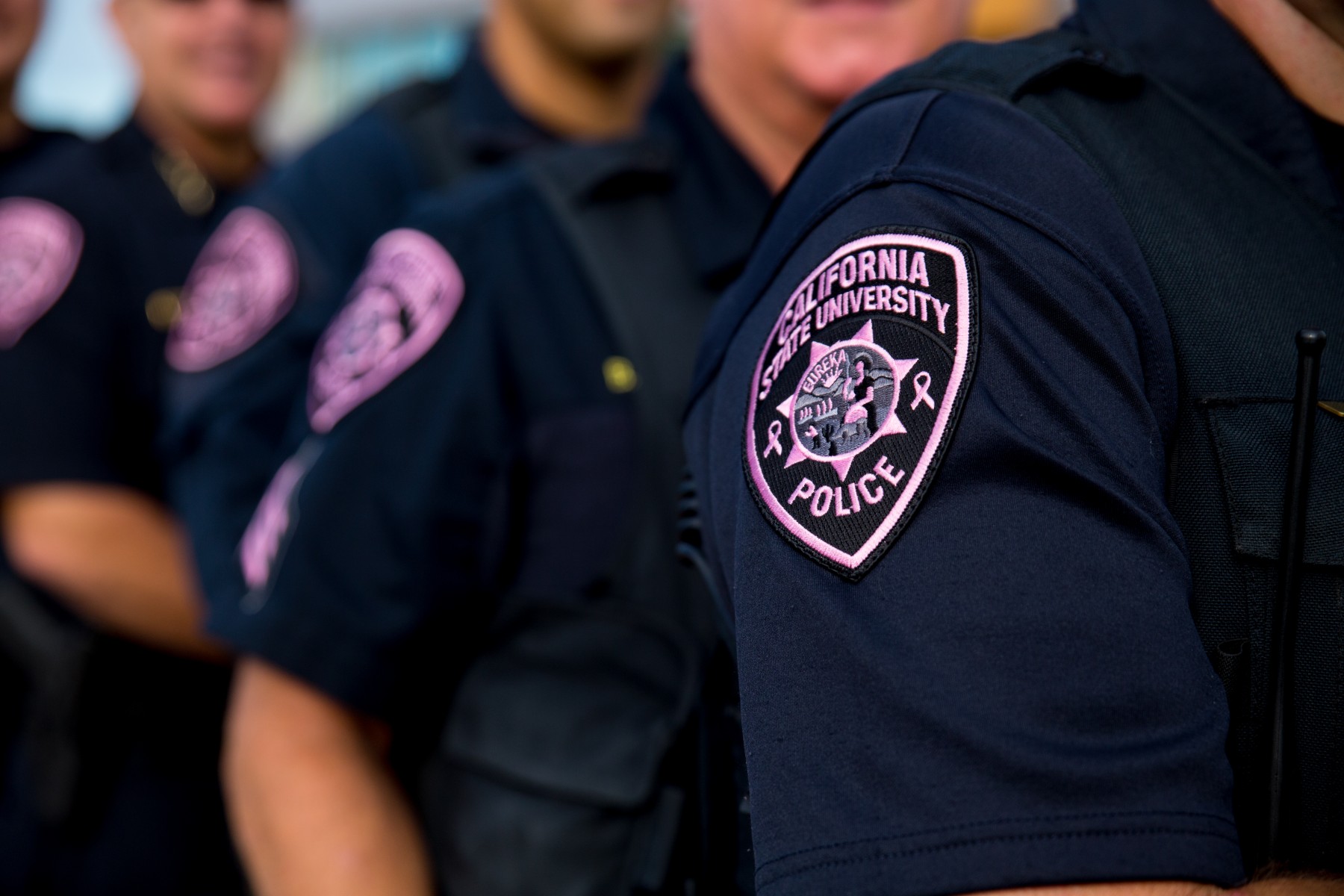 University Police officers will wear pink patches on their uniforms during October to raise awareness in the fight against breast cancer.

The pink patches are back at Cal State San Marcos.

For the fifth year in a row, University Police officers are participating in the Pink Patch Project, a nationwide effort to raise awareness in the fight against breast cancer.

Throughout October, which is Breast Cancer Awareness Month, officers will wear pink patches on their uniforms.

“Projects like the Pink Patch Project are important ways for our police department to connect with our community and work toward a common cause,” said Lamine Secka, interim chief of police. “Many of us, myself included, have known people who have been directly impacted by breast cancer and want to help raise awareness however we can.”

The Pink Patch Project originated in 2013 with the Seal Beach Police Department, and two years later the Irwindale Police Department expanded on the idea, raising more than $20,000 for the City of Hope cancer center in nearby Duarte.

The chief in Irwindale, Anthony Miranda, took the concept to the Los Angeles Police Chiefs’ Association, and 25 local agencies came on board. Today, the program has grown to almost 400 agencies and includes partners from police, sheriff, fire, EMS and federal departments worldwide.

More than 40,000 women and men die in the United States from breast cancer annually, and approximately one in eight women will be diagnosed with the disease in their lifetime.

“There is a cure out there; we just need to find it,” Officer Jeff Caudill, whose mother is a survivor of a rare form of breast cancer that was originally misdiagnosed, said last year. “Keeping the conversation at the forefront – along with knowing the importance of early detection and intervention – will save lives and ultimately help us find a cure sooner.” 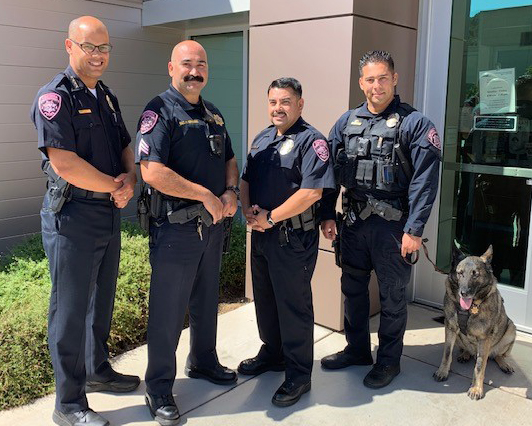