“Although we find public higher education at the crossroads, I am optimistic for the future of our University,” Haynes told attendees. “I am optimistic because I see the impact CSUSM is having and the niche we are filling that no other institution can satisfy.

“In only 28 years, Cal State San Marcos has cemented itself as a vital cultural and intellectual resource, and as an indispensable force for individual opportunity and regional prosperity.”

“Their visionary support will create the future Viasat Engineering Pavilion,” Haynes said, “with funding to renovate classroom and lab space, purchase new equipment and instrumentation, and support the work of our faculty and students — quite literally creating pathways to educate the next generation of talented engineers.”

Other private-sector partners are also investing in engineering at CSUSM. San Marcos-based Hunter Industries has made a $100,000 gift to fund a design lab.

“Viasat and Hunter Industries are sending a strong message that an investment in CSUSM is a strong one, with qualified, workforce-ready graduates as the almost immediate return,” Haynes said. “Together, we are stepping forward to expand the boundaries of what is possible, for our University and for our region.” 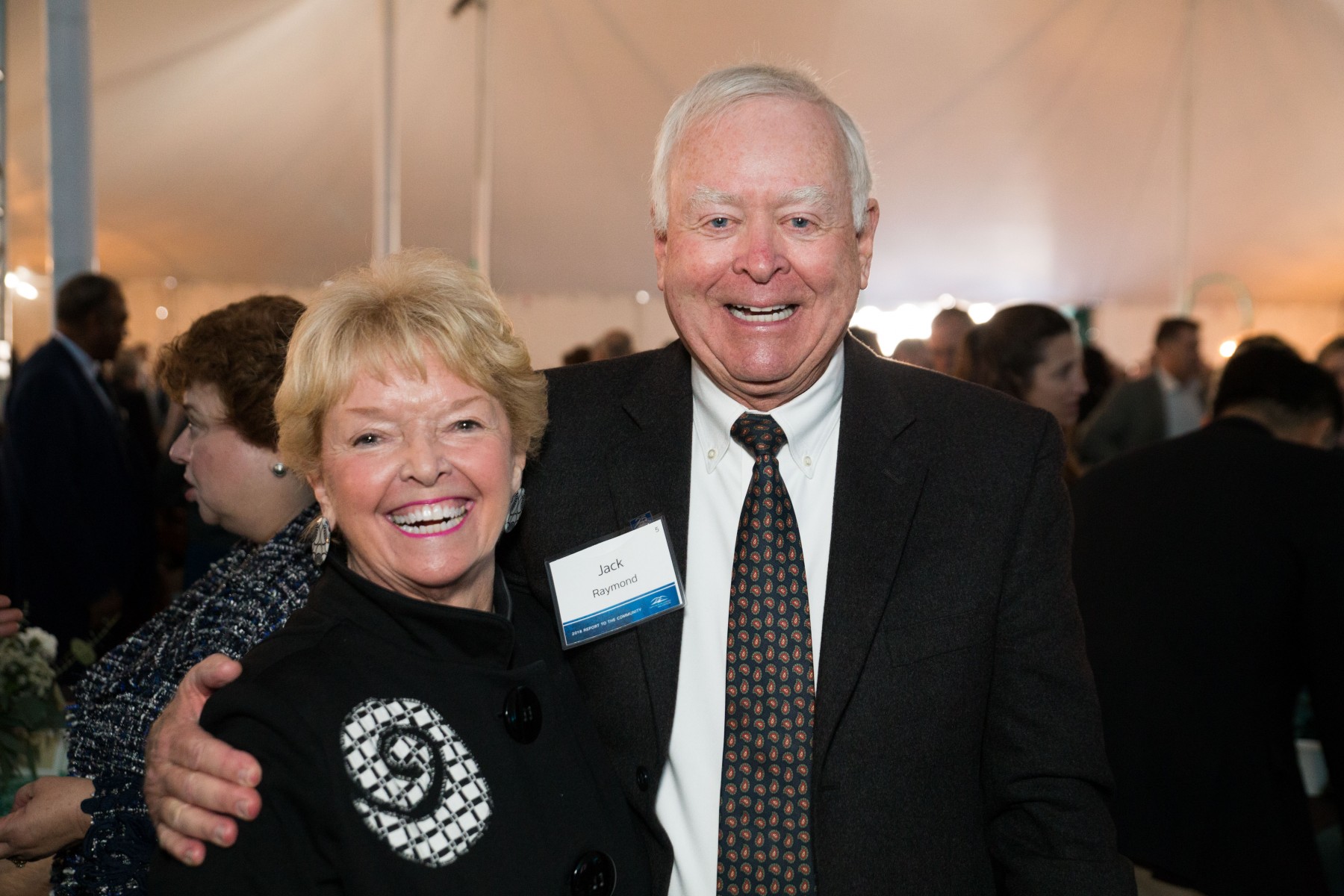 Among other gifts highlighted by Haynes was The David T. and Dorris E. Staples Foundation joining with the Rancho Santa Fe Foundation and other individual philanthropists to provide $300,000 to fully fund CSUSM’s “All-Steinway School” initiative. This achievement builds on the private gifts that allowed the University to purchase its first Steinway D concert grand piano for the music program late last year.

Haynes noted that CSUSM will be the only university in Orange, Riverside and San Diego counties with the All-Steinway School distinction, and among only 200 colleges, universities and conservatories in the world.

Among CSUSM’s numerous accolades and awards, Haynes highlighted some of the many ways the University serves its growing population of nearly 17,000 students, including:

Despite CSUSM’s growth and achievements, a lack of state funding remains a concern.

In the mid-1990s, the state provided about 80 percent of the CSU’s operating costs. That funding has fallen to 55 percent, with student tuition and fees accounting for the rest. Haynes noted the initial budget proposal from Gov. Jerry Brown in January provides less than a third of what the CSU requested – just a 1.4 percent increase to the entire CSU operating budget, and nothing for increased compensation, mandatory costs and growth.

In response to ongoing insufficient public funding, CSUSM launched a major fundraising campaign, Forward Together, in 2015. More than 90 percent of the $50 million goal has been raised. The many recent gifts include:

“When we invest in our students, when we break down barriers, when we pursue knowledge, when we invigorate our region with a shared purpose, we continue to chart a bold pathway of prosperity and social change,” Haynes said.

“There has never been a more critical time than now. Let us step forward with our passion, our voices and our actions for this University.” 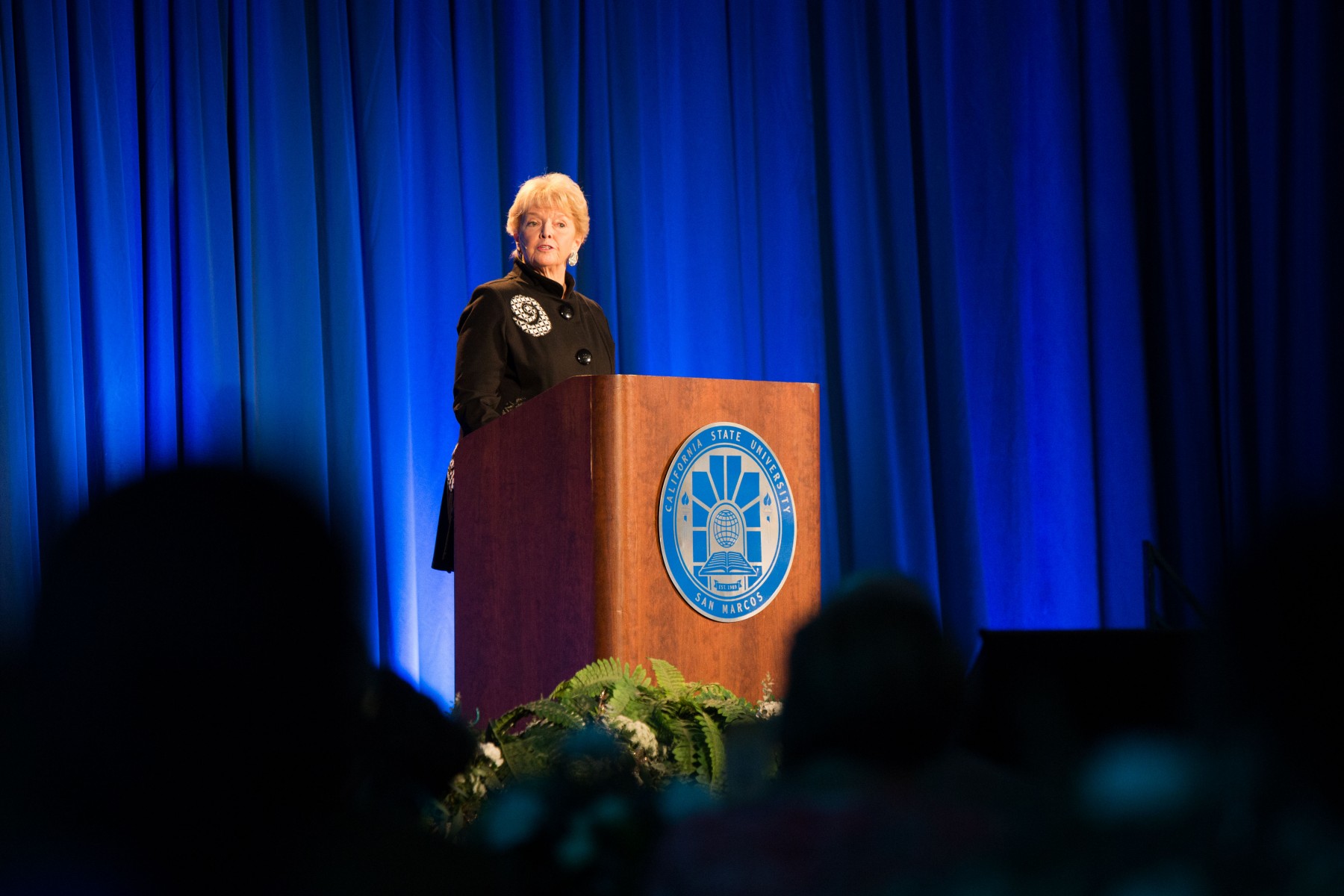 When the going got tough, Cal State San Marcos got creative.  Stymied by the inability to host traditional commencement ceremonies this year due to the coronavirus pandemic, CSUSM instead dreamed …
Read more

As Cal State San Marcos faculty and staff continue to go above and beyond on behalf of students and the campus community during the COVID-19 crisis, we’re pleased to highlight some of the campus …
Read more

One of the significant benefits to attending a major university is its extensive alumni network, and Cal State San Marcos is no different in that regard. The university recently rolled out a new …
Read more
NewsCenter

Ask the Experts: Education During the COVID-19 Pandemic

Sociology Student Helping Others Through Internship

Ask the Expert: Risk of and Response to the Coronavirus