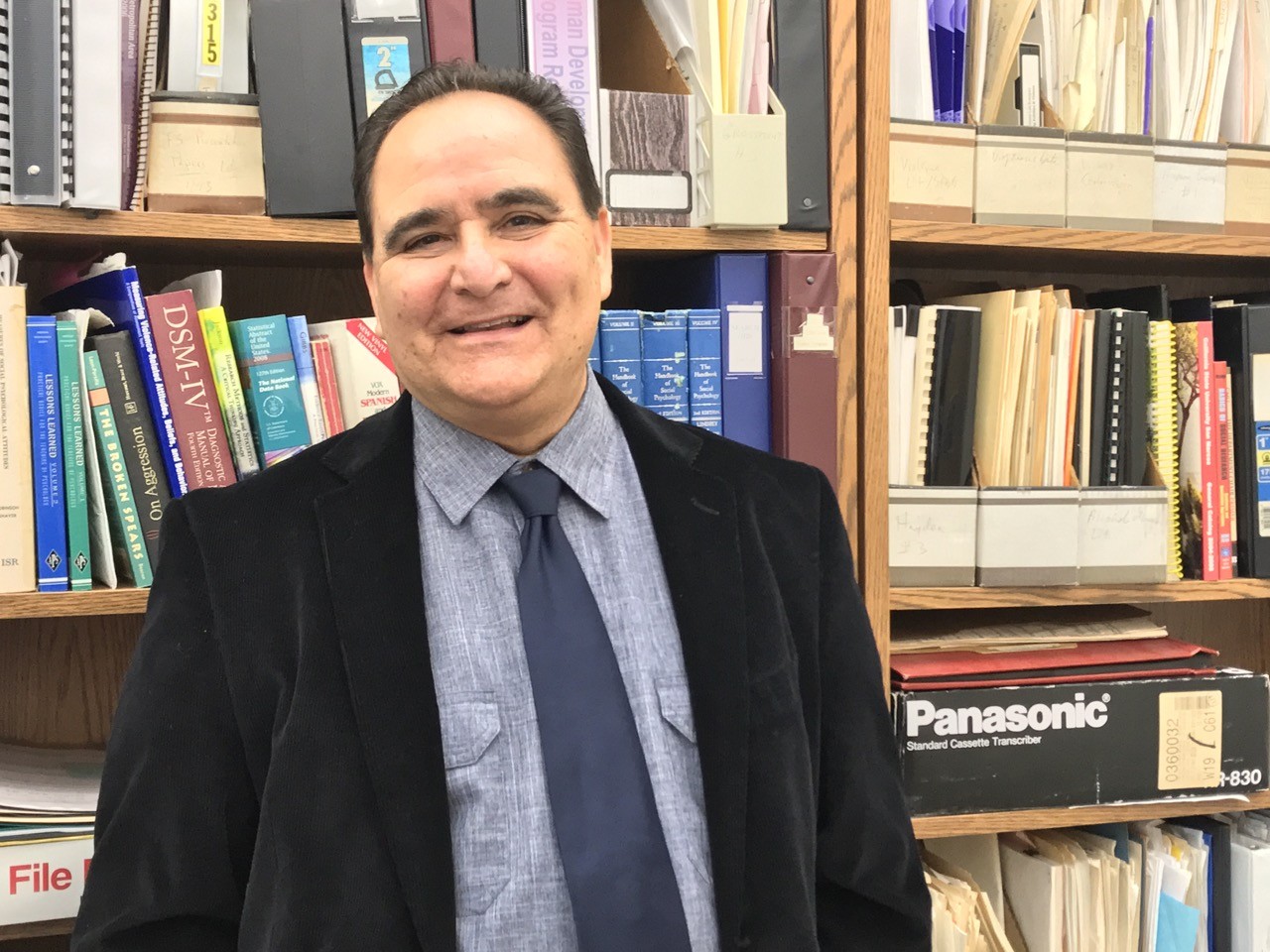 Fernando Soriano, chair of the human development department, has written a survival manual for graduating students that will be turned into a book by year's end.

Fernando Soriano remembers well what it was like to be a professor at Cal State San Marcos during the Great Recession about a dozen years ago.

As the U.S. economy cratered and his graduating students confronted a dire job market, Soriano was overcome by feelings of powerlessness over his inability to do anything meaningful to help them and boost their prospects.

“I was so worried about them and what they were facing,” said Soriano, who was, and now is again, the chair of the human development department. “It was very challenging for my students, and I would get emails from them saying, ‘Professor, what do I do? How do I use my degree? I need to eat.’ It made a big impression on me.”

So when the coronavirus struck this spring and wreaked havoc on the economy that more resembled that devastation of the Great Depression nearly a century ago, Soriano was determined not to be caught flat-footed again. At his students’ urging, he quickly researched and wrote what he’s calling a “survival manual” that he hopes will offer them a road map as they leave CSUSM and try to jump-start their careers amid a grim environment.

And with the goal of helping many more students beyond CSUSM, Soriano pitched his 91-page manual to a San Diego academic publishing house, Cognella, which plans to turn it into a nationally distributed book aimed at any graduating senior by the end of the year.

“Dealing with this new pandemic, this new historical situation, it gave me a lot of motivation to try to do something different,” Soriano said. “It came from really wanting to give my students something before they left, so that they had information they could refer to, be encouraged by and guided by throughout.”

For the last eight years, Soriano has taught a field experience class for graduating seniors in human development. From a list of about 200 agencies or organizations that have been approved by the CSUSM Office of Internships, each student chooses a field placement that is in line with their career aspirations. Students are required to devote at least 90 hours to their assignment, with the field work supplemented by guest speakers and Career Center lectures.

Last semester, Soriano’s students – 120 across three classes – were about halfway toward their 90-hour target when campus shut down because of COVID-19 in mid-March. It was during the ensuing Zoom meetings that students asked Soriano if he could create a document that would compile both the knowledge that he had taught them so far in the course and some larger lessons that weren’t covered in the syllabus.

Soriano began writing the manual at the end of March and completed it just before the end of the semester in early May.

“I didn’t sleep a lot during that time,” he said. “My wife will tell you that I was in my home office pretty much every day over those few weeks that I wrote this.”

The document is titled “Survival Manual for College Graduates During a Recession,” and Soriano dedicates it to “my students and to the class of 2020 in the U.S. and throughout the world who are currently living through historical events not experienced by students in the past.” The manual is divided into sections with names like “Personal Considerations,” “Knowing Well Your Degree and What Employers Want and Need,” and “Taking Action and Making Decisions.”

“Our students probably have more skills than those at the average Research I university, at least job-related skills,” Soriano said. “But where they lack sometimes is in knowing the value of the skills that they have. One of the things that I hope the manual does is bring to light an understanding of the degree they’re getting and the skills they’ve gained not only from their classes, but from their work experience.”

Lorena Shindledecker is a human development major who will take Soriano’s field experience class this fall before graduating in December. She’s also a returning college student with a 25-year career in graphic design who now wants to work for a K-12 school in counseling or student services.

Shindledecker has yet to begin her job search in earnest, but she said the survival manual contains a wealth of useful resources.

“There’s information about assisting you with depression and anxiety,” Shindledecker said. “He wrote a section about the degree and how you would sell yourself to certain employers for job interviews. He also had suggestions about where to look for work, including some I wouldn’t have thought of, like Head Start.

“I also like the fact that he put a lot of his personal experience in there. That made it very relatable to me and put certain things into perspective, that I’m not the only one who’s feeling the way I do.”

Soriano said he was encouraged that there could be a wider audience for his manual after he did some online research and could find no guides for students in quite the same vein. The publisher evidently agrees; following a peer review, Soriano has until the end of August to finish his final manuscript, and Cognella is set to print the book in December.

“I think this is going to be relevant,” Soriano said, “for quite some time.”

Veronica Anover, professor of French and Spanish for the Department of Modern Language Studies, recently received the Harry E. Brakebill Award, which annually acknowledges a professor who …
Read more

Following more than a decade as a university-level Spanish instructor in Washington, D.C., Maribeth Bandas moved to Carlsbad, where she quickly saw an opportunity that could benefit bilingual …
Read more
NewsCenter