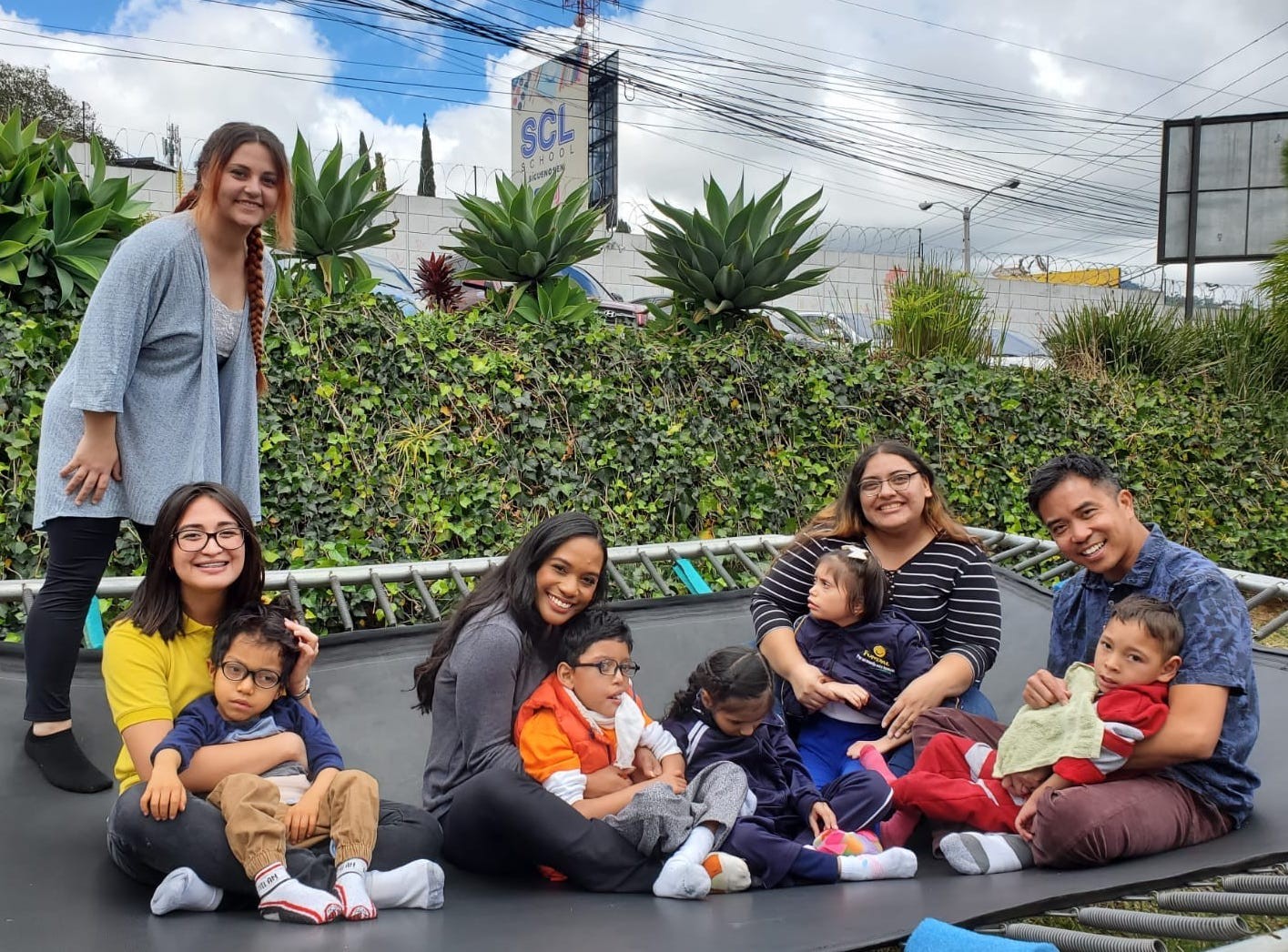 Kristen Nahrstedt, the director of clinical education in the speech-language pathology department since 2013, took a group of SLP students to Guatemala over winter break. It was the first time CSUSM SLP students have done clinical work in a foreign country.

While her fellow Cal State San Marcos professors were knee deep in the first day of final examinations last December, Kristen Nahrstedt received a call asking if she could be ready in three weeks to take a group of speech-language pathology students to Guatemala for a fortnight.

“Part of me was like, ‘Oh my gosh, I totally want to go,’ ” said Nahrstedt, who is a lecturer and has been the director of clinical education in the speech-language pathology department at CSUSM since 2013. “But then there was a part that was like, ‘What? In three weeks I’ve got to leave? What are you talking about?’ ”

After a quick check-in with her personal responsibilities, Nahrstedt heeded the call. And it ended up being one of the best decisions of her professional career.

“To be able to go over there and see the differences here in the states and see the amount of services we have for our population compared to other countries, especially a Third World country, it’s quite an eye-opening experience,” Nahrstedt said. “I think for a lot of these students, it kind of shapes their practice once they start to go out and become speech-language pathologists.”

This is the first time CSUSM SLP students have done clinical work in a foreign country.

The person who laid the foundation for the trip – and who’s indirectly responsible for Nahrstedt’s attendance on the trip – is Darin Woolpert, an assistant professor at CSUSM whose expertise is working with bilingual kids in the field of SLP.

Woolpert took a trip during winter break a year ago to Peru, Guatemala and Costa Rica to plan where he wanted to take students to work with local organizations. When he went on medical leave late in the fall semester, however, it left a huge spot to fill. The students already had been selected and were ready to depart.

Department chair Lori Heisler then contacted Nahrstedt to see if she’d be willing to step in for Woolpert.

“Originally I was going to attend the trip out of pocket for the majority of it with Darren but was unsure and kind of forgot about it,” said Nahrstedt, who was on the committee to select which students would be attending. “The reason (Heisler) asked me is because when I did practice in the school district, that was also my area, mostly working with Spanish-English speaking kiddos.”

The group spent time at two different sites. The first, Virgen del Socorro, is a residential facility that houses about 240 kids and adults. Seventy percent of the residents there have been abandoned by their families while the rest have families who will visit them and take them out of the facility for periods of time.

“The residents from Virgen del Socorro and the students from FUNDAL had the biggest hearts of all,” said Eric Rubic, who will earn a bachelor’s degree in SLP this spring. “These two weeks have given me a perspective on life that I will take with me into my career as an aspiring speech-language pathologist.”

Rubic, who plans to attend graduate school, was moved by his clinical interaction with one patient in particular.

“One that shines the brightest among them is the last patient I saw at Virgen del Socorro,” Rubic said. “He was the first patient I had the opportunity to feed with the assistance of the nursing staff. Those few sessions with him rekindled my passion for my speech-language pathology. This patient had dysphagia, which means he had difficulty swallowing. My first session with him was rough because he kept coughing, turning red, and paused between spoon servings. But my last session with him led to no coughing, turning red and long pauses.”

The final stop was at FUNDAL (Fundación Guatemalteca para Niños con Sordoceguera Alex), which is a nonprofit day program for kids who are deaf and blind or have other developmental disabilities.

The staff at FUNDAL wanted CSUSM visitors to experience the daily challenges that kids there encounter, so they put blindfolds and earplugs on them for 15 minutes at a time while a staff member guided them around the facility.

“The staff members at FUNDAL were particularly inspiring due to their creative ways of solving problems,” said Kristen Mazza, who will graduate from CSUSM with a master’s degree this spring. “They demonstrated how to make the most out of a limited supply of resources, such as by building custom adaptive equipment from cardboard. Seeing the unique methods they used to enable their students with disabilities to communicate with others and participate in everyday activities was incredibly encouraging.”

There are not many speech therapists in Guatemala. The programs that exist in the United States to help adults who have strokes, an acquired language disorder, aphasia, dementia, a traumatic brain injury and the ensuing problems don’t exist there.

So the sense of overwhelming joy on the faces of the residents brought equal happiness to the CSUSM contingent.

“The highlight of the trip was being welcomed with smiles by residents at the facility where we volunteered,” said Mazza, who hopes to work in a health care setting. “The simplest of acts, such as talking with them and taking them on trips to the facility’s garden, brought joy to their faces. The staff at the facility reported that many of the residents did not receive much one-on-one interaction, so we aimed to improve their quality of life in the time we had with them. The bonds we formed despite our short time together were impactful and left me wanting to return.”

Nahrstedt went on a similar trip to Costa Rica as a 19-year-old with a similar program. On that trip, she came across kids with cleft palates, who have difficulty with eating, swallowing and speech.

She left that trip inspired to begin what would become a speech-language pathology career helping people in school settings, clinical settings and now in academia.

She knows all about making positive contributions, even in abbreviated settings.

“I think the kids were amazed at the difference they could make in a matter of just two weeks,” Nahrstedt said. “We didn’t fix any huge problems there. When we first got there, we were wondering what we could do, how we could provide services, how we could make a difference. Just building those relationships and showing some of those people in a facility where maybe they felt like nobody cared about them.”

It was the home that her parents had built, that she had lived in since third grade, that contained all of the countless memories she had accumulated across the decades.  When that house on Mussey …
Read more
NewsCenter