Survivors Tell Their Stories at Take Back the Night 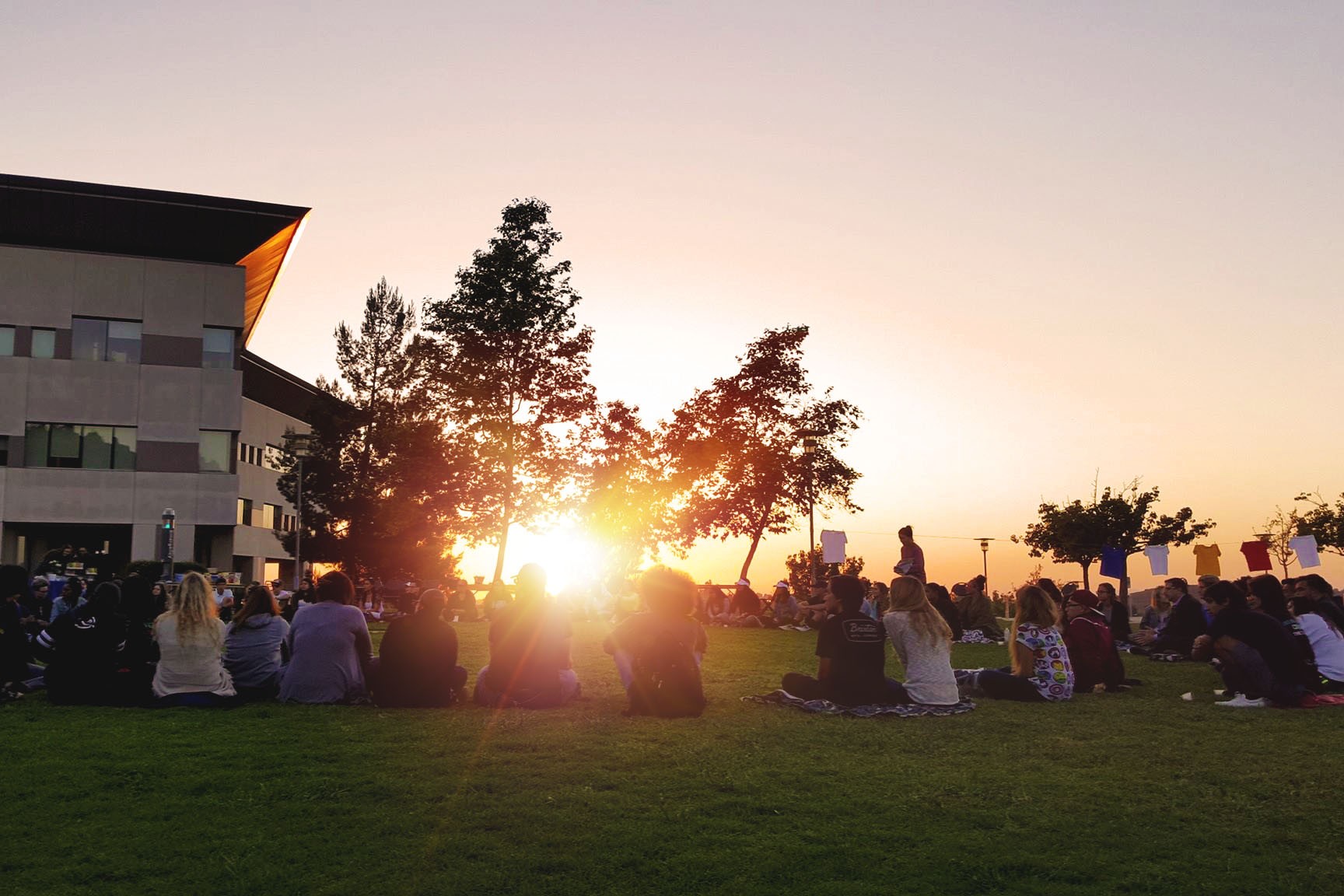 Take Back the Night
Attendees of the event in 2017 gather in the grass near Forum Plaza to share and listen to stories of sexual violence. Courtesy photo

When Melinda Saltzmann speaks on campus this week, she will be able to relate to many of the people in the audience.

She hopes that the feeling is mutual.

For many years, Melinda did not think her story was one worth telling. She felt too ashamed to share with others that she had been sexually assaulted by a supervisor while serving in the U.S. Army in 2008.

Melinda, though, is silent no more. Soon after she was medically retired from the Army in 2013 because of post-traumatic stress disorder and other issues stemming from the assault, she began speaking out about what happened.

On Thursday night, the Cal State San Marcos student will be one of the featured speakers when the university hosts its annual Take Back the Night event, part of a worldwide stand against sexual violence.

“When I began to transition from a victim to a survivor, I realized that my voice is needed,” said Melinda, who transferred from Miramar College last year and expects to graduate with a degree in psychology next spring. “When I tell my story, I often see a knowing look of a fellow survivor. Many times, the women I speak with have never told their stories. Some have never told anyone at all.”

Take Back the Night seeks to change that by offering a safe, supportive environment to survivors of sexual violence. Held at CSUSM since 2007, it’s the signature event of Sexual Assault Awareness Month. As many as 100 people are expected on Thursday from 5-8:30 p.m. at the Forum Plaza for a gathering that will include a speaking program, a march around campus and a survivors’ circle, in which attendees sit on the grass with tea lights and a portable microphone is passed around for anyone to share their story.

Take Back the Night

What: A worldwide event with the aim of ending sexual violence of all forms, it has been hosted at CSUSM since 2007 as part of Sexual Assault Awareness Month.

Contact: For more info, you can reach Christa Wencl, CSUSM sexual violence advocate and educator, at cwencl@csusm.edu or (760) 750-4915.

Take Back the Night has no clear origin, but it’s believed to have started in England and Belgium in the 1960s with protests about women not being safe while walking down streets alone. The movement spread to the United States in the ensuing decade, with rallies in multiple cities, including San Francisco, to call attention to various issues related to sexual violence, and it has only blossomed since. In 2001, the Take Back the Night Foundation was established to unite global efforts and the share the initiative’s history.

Today, according to the foundation’s website, Take Back the Night events have been documented in more than 36 countries, and the organization has reached over 30 million people. That’s significant in the face of statistics that show that one in three women worldwide experience some form of sexual violence or intimate partner violence, but less than half of them report these crimes.

“It offers a day for survivors to be truly visible, and I feel like it’s a more honest look at our world – what’s really going on, what people are walking around with,” Wencl said. “I think it’s important to make the historical connection that, decades ago, people were marching to be safe on the streets and now we’re still marching for similar things, and to keep that linkage of activism going.”

This will be CSUSM’s second Take Back the Night since the #MeToo movement exploded in 2017, and the first one since Christine Blasey Ford’s sexual assault allegations against Supreme Court nominee, and now justice, Brett Kavanaugh, as well as the conviction of Michigan State University doctor Larry Nassar for decades-long sexual abuse of hundreds of young gymnasts. Wencl said these episodes led to a higher level of dialogue on campus, including members of her support group requesting that they double their meetings to twice a week.

“The conversations around sexual violence were increasing in their classes, in their homes and on social media,” she said. “Many times, victim-blaming statements came out of loved ones’ mouths, and classmates nearly always assumed the person in front of them or in class was not a survivor. These words could be incredibly painful, if not shocking, to hear.”

After she graduates from CSUSM in 2020, Melinda, 33, plans to pursue a master’s in psychology, with a career goal of working with children on the autism spectrum and their families. Her youngest son, Noah, 5, has autism and “is doing very well,” she said.

She’s speaking Thursday at Take Back the Night to remind others that being a survivor of sexual assault does not mean life has to stop.

“The importance of seeking help, and being successful after trauma, is something I truly believe in,” Melinda said. “If telling my story allows even one woman to heal, or begin to realize that she is not crazy, she is not alone, and she is having a normal reaction to trauma, then I know it was all worth it.”

Throughout November, Cal State San Marcos will be celebrating and recognizing the contributions of American Indians with a series of special events as part of Native American Heritage Month. Now …
Read more
NewsCenter

Survivors Tell Their Stories at Take Back the Night