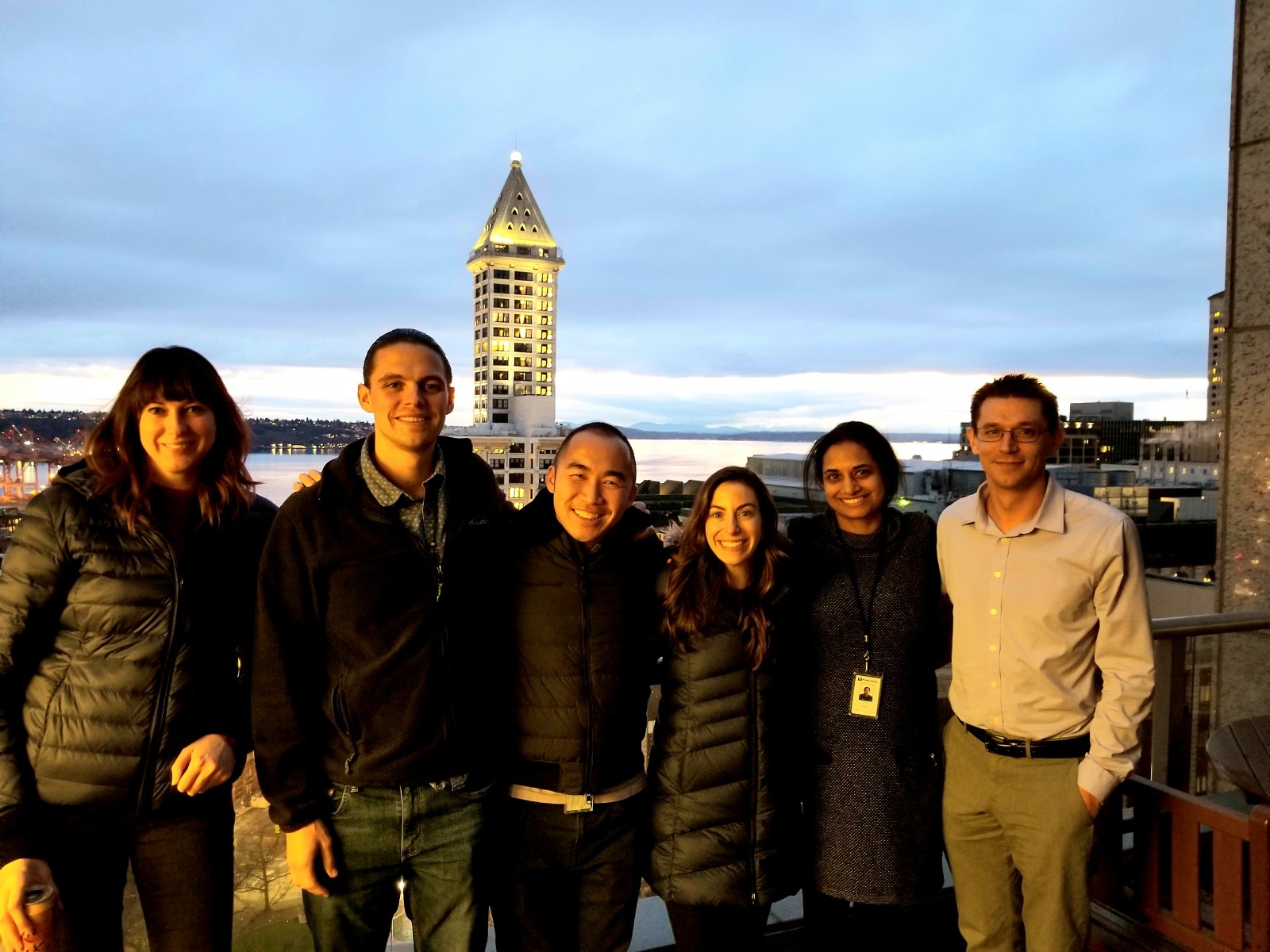 Temet McMichael (second from left), a 2012 CSUSM alumnus, is pictured with some of his colleagues from the Centers for Disease Control and Prevention who deployed to help with the COVID-19 response in Seattle and King County.

Last summer, Temet McMichael began a two-year post-doctoral fellowship as an Epidemic Intelligence Service officer for the Centers for Disease Control and Prevention.

If the job title sounds fascinating, so does the work. Known colloquially as “disease detectives,” EIS officers are front-line public health responders who address emergent public health threats that arise in the United States and globally, including natural disasters and infectious diseases. In such cases, they investigate, identify the cause, rapidly implement control measures, and collect evidence to recommend preventive actions.

Most EIS officers are stationed at CDC headquarters in Atlanta. But McMichael, who graduated from Cal State San Marcos in 2012 with a degree in biochemistry, was assigned to the Seattle area, specifically Public Health – Seattle & King County (PHSKC). He worked on a variety of projects last fall before being deployed to Ghana for six weeks as part of the global polio eradication initiative.

When McMichael returned to Washington in mid-February, it had become the epicenter of a burgeoning crisis that would consume his life and uproot nearly every facet of life around the world.

A few weeks earlier, on Jan. 21, a man in his 30s from Washington state had been diagnosed with the coronavirus, making him the first confirmed case in the U.S. He had traveled to Wuhan, China, where the disease originated.

A couple of weeks later, on Feb. 29, the first U.S. death from COVID-19 was reported, a man at Evergreen Health Medical Center in Kirkland, Wash. The initial casualties later were revised to two deaths that occurred on Feb. 26 at a nearby nursing home.

This was the environment into which McMichael, only six months in as an EIS officer, was abruptly dropped.

“My experiences, particularly the work surrounding COVID-19, are beyond words,” he said. “I never could have imagined a scenario like this, but honestly, I feel really fortunate to have the opportunity to work with some of the greatest colleagues I’ve ever had as we address this global pandemic.”

During normal business operations, McMichael is the only CDC employee working at PHSKC. As the first COVID-19 case in the U.S. grew into the first cluster, however, King County quickly became ground zero for the public health response, resulting in close to 50 CDC coworkers descending on the Seattle area. 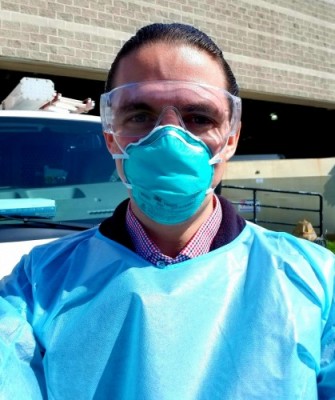 “Really, it was an all-hands-on-deck situation where we did everything we could to slow the spread of the disease,” McMichael said.

After the initial efforts in contact tracing, a pillar of epidemiology, McMichael pivoted to writing manuscripts (with CDC and PHSKC guidance) to spread the word rapidly about what he and his colleagues were learning on the ground. In mid-March, he was the lead author on a study that found that long-term care facilities can be high-risk settings for severe outcomes for COVID-19, due at least in part to residents’ advanced age and underlying health conditions. The study recommended that such facilities restrict nonessential visits, prevent staff members who are ill from working, limit the sharing of health-care staff if possible, and implement proper infection prevention and control measures.

“There were monumental efforts by all parties to care for the patients and get our findings out as quickly as possible,” McMichael said. “I think it’s difficult to quantify how impactful our work really was, but I believe other facilities and health-care professionals were able to learn from our experiences, and hopefully save lives as a result.”

McMichael is a American Indian scientist from the La Jolla Band of Luiseño Indians who says he has been passionate about human health for as long as he can remember. After a wandering academic journey that included stops at Fort Lewis College in Durango, Colo., and Mount San Jacinto and Palomar colleges, he found a home at CSUSM about a decade ago. He excelled in the lab of chemistry and biochemistry professor Jackie Trischman, performing research on a marine bacterial strain aimed at combating tuberculosis.

“He was always able to see the big picture better than most students, and it has carried through to his professional career,” Trischman said.

From CSUSM, McMichael went on to Ohio State University, where he spent the next six years earning a Ph.D. in microbial pathogenesis. That achievement, in turn, helped him secure the EIS fellowship. His cohort features a variety of health-care professionals, including medical doctors, veterinarians, nurse practitioners and other doctoral-level professionals.

Understandably, McMichael expects to be working on COVID-related health issues for the foreseeable future. After starting with long-term care facilities, he since has shifted to other vulnerable populations, such as people experiencing homelessness, minorities, health-care workers and even correctional facilities.

McMichael admits that the physical and mental grind – his work weeks average 80 to 100 hours – is taking a toll on him. When he does get a rare day off, he tries to do laundry or find other ways to distract his overtaxed brain.

“I believe I’m where I’m supposed to be and doing what I need to be doing, and that makes the burden much more bearable for me,” he said. “It’s during times like this that I realize I really do love my job. If I didn’t, I think I’d get crushed pretty quickly.

“And this isn’t to say I’m happy there is a pandemic and people are dying; that’s a tragedy. I just feel honored to be in a place where I can do my part to help prevent the pandemic from getting any worse.”