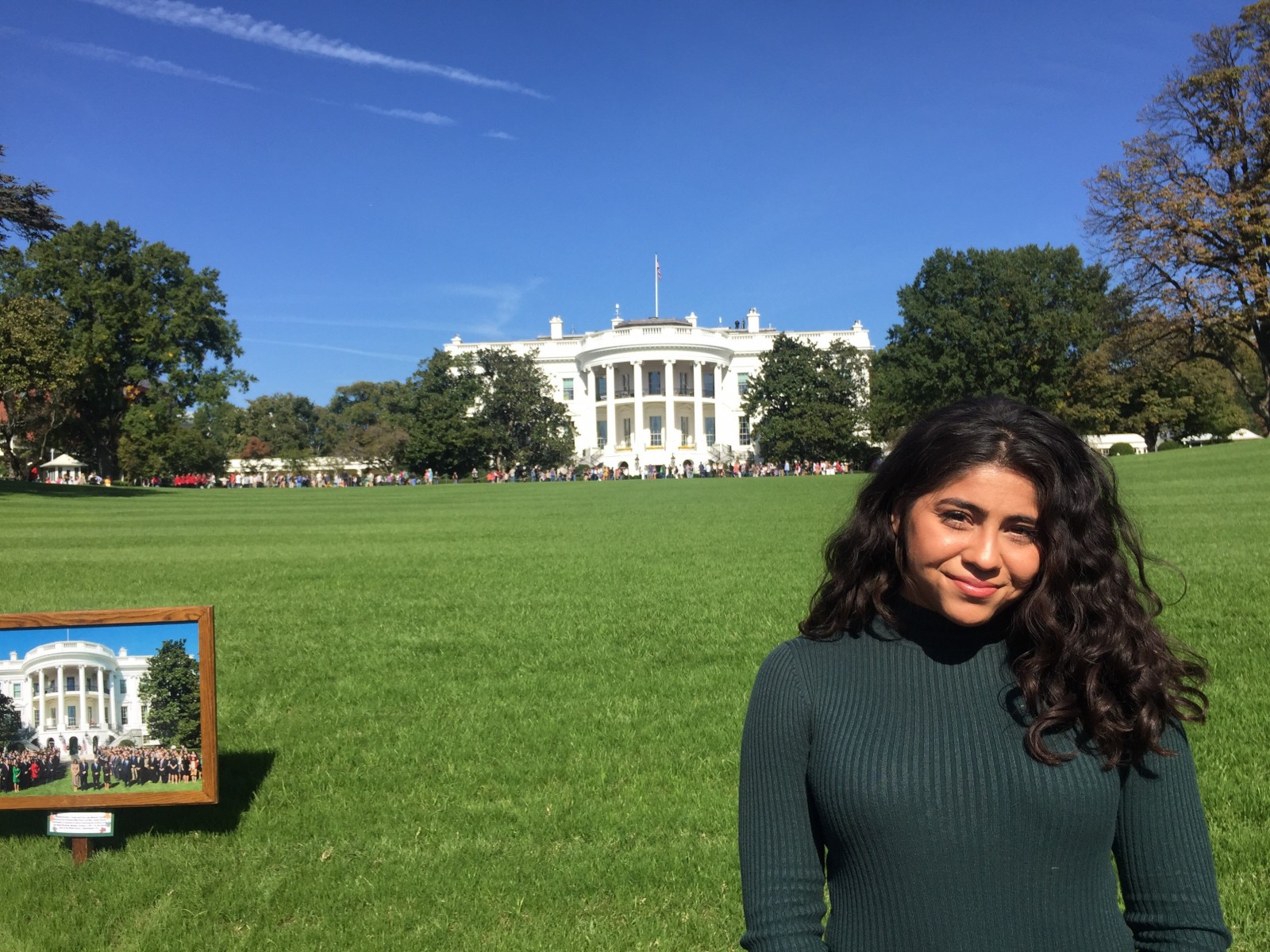 Brenda Barniga had a long list of items to procure for her Panetta Institute Congressional Internship Program application last year.

There was the written essay, a résumé, college transcripts, two faculty letters of recommendation – and that didn’t include an interview with the selection committee or two additional interviews if she made it past the first cut.

By the time Brenda learned about the internship and decided to apply, she only had a week to get everything together before the deadline.

But it all paid off in the end.

“It was incredible,” said Brenda, a communication major and first-generation college student at Cal State San Marcos. “I still can’t believe it happened.”

Brenda is back on campus this spring after spending the fall semester in Washington, D.C., where she worked in the office of Rep. Barbara Lee of California’s 13th district, which covers Northern California areas such as Oakland and Berkeley.

Brenda was among 26 students who participated in the program, including one from each California State University campus.

The internship started with an intensive two-week prep period in Monterey at the Panetta Institute, which was founded in 1997 by former CIA Director and Secretary of Defense Leon Panetta and his wife Sylvia. Then it was off to Washington for a 2½-month stint working on Capitol Hill. The Panetta Institute covers all program costs and interns receive 20 semester units.

“It gives you a taste of the real world and can really help you in the future,” Brenda said. 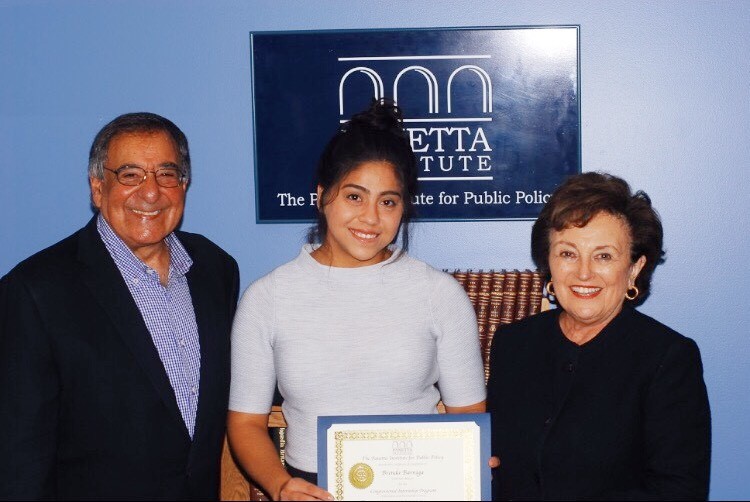 Brenda was presenting at a research conference in Utah last February when the application was due and initial interviews were being conducted. She was able to get two professors to write recommendation letters on short notice and had a friend drop off the application materials on her behalf before the deadline. The CSUSM selection committee waited until Brenda returned from the conference in Utah and she was the final candidate to be interviewed.

The same day as her interview she received a call saying she had made it to the next round and would interview with CSUSM President Karen Haynes. That was followed by an interview with the Panettas in Monterey.

“It was a good bit of excitement and anxiety at the same time,” said Brenda, laughing.

Brenda was thrilled to have the opportunity to work for Rep. Lee’s office. She was familiar with the congresswoman, who was the lone member of Congress to vote against authorization for the use of military force following 9/11 because she was concerned it would create a blank check for endless war.

“It was just a really good experience to be able to immerse myself in her legacy and what she’s done," Brenda said. “That was powerful for me.”

Since returning from Washington, Brenda has even gotten a job at a Carlsbad law firm as a staff assistant, and she credits her Panetta internship experience for helping her land the job.

“Given the political climate we’re in now, it’s hard to stay away from politics,” Brenda said. “It’s detrimental to not be informed and not be engaged. This internship is more than just working. It’s the whole experience of being in D.C., learning how to be a professional and get that next step for career-readiness or whatever your goal might be. It is a once-in-a-lifetime opportunity. If I could do it again, I would in a heartbeat.”

More information about the Panetta internship is available online or by contacting:

Faculty Director of the Office of Internships