Leading the Fight for People with HIV 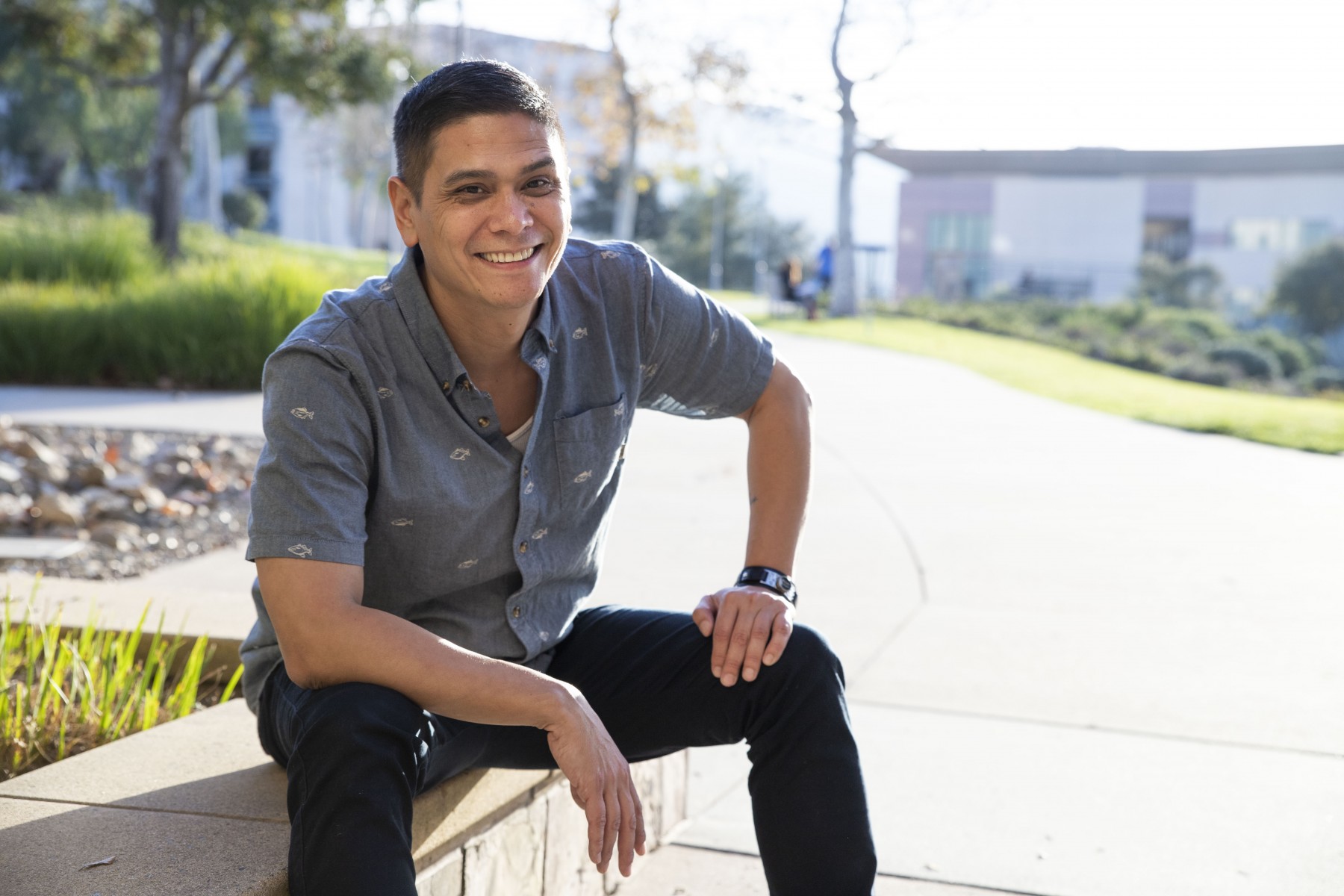 Dr. Andrew Spieldenner
An assistant professor in the Department of Communication since 2017, Andrew Spieldenner is one of two new North American delegates to the Joint United Nations Program on HIV/AIDS. Photo by Andrew Reed

Dr. Andrew Spieldenner is impacting policy and attitudes on HIV.

Spieldenner, an assistant professor of communication at Cal State San Marcos, is one of two new North American delegates to the Joint United Nations Program on HIV/AIDS (UNAIDS), which is leading the global effort to end AIDS as a public health threat by 2030 by connecting governments, nonprofits and the private sector in providing life-saving HIV services. As a non-government delegate, his duties include developing and negotiating with member states to advance progressive HIV policies around the world.

But that’s not all. Spieldenner, 46, also serves as chair of the United States People Living with HIV Caucus, as well as a research director for the North America affiliate of the Global Network of People with AIDS. Among his numerous honors, Spieldenner has been recognized by the GL/Q Caucus of the Modern Languages Association with the Michael Lynch Service Award for his community work.

“We’ve come a long way,” Spieldenner said, “but we have a long way yet to go.”

His colleagues say Spieldenner is playing a vital role in bringing about change.

“Andy is a fierce gay AIDS activist, who is resolute and unwavering in using public health to advance a broader social justice agenda,” said George Ayala, executive director of the Oakland-based Global Forum on MSM & HIV, an international network of experts and advocates focusing on sexual health and LGBTQ rights, research and policy. “Andy brings a sharp intellect to his work and insistence in ensuring community voices are heard. I have known Andy for more than two decades. He is always willing to step up and step in.”

Spieldenner has been an advocate for those living with AIDS and HIV most of his life. He earned a degree in ethnic studies, with a minor in Asian American studies, from UC Berkeley in 2000. He contracted HIV in 1998, moved to New York after his boyfriend at the time died from AIDS, and worked the city’s Department of Health engaged in an array of public education campaigns. He left after more than four years to travel to Vietnam and Thailand, using the savings he had accumulated from his Department of Health employment.

“I thought I was dying,” Spieldenner said. “They told me I had five to seven years left to live, and if I was lucky I might have 10. So I decided to travel.”

Spieldenner returned to California a year later and earned his master’s degree in theater from UCLA while working at the Black AIDS Institute. His master’s thesis: Corpus: Performance as HIV Intervention for Gay Men of Color in Los Angeles.

His journey took Spieldenner to Howard University, where he earned a doctorate in communication in 2009 and served as director of programs for the National Association of People with AIDS along the way. After a stint as director of research and evaluation for the Latino Commission on AIDS, Spieldenner opted to move into academia. His first teaching post was as an assistant professor in the Department of Rhetoric at Hofstra University in Hempstead, N.Y.

He has been an assistant professor in the Department of Communication at CSUSM since 2017. On the first day of class each semester he tells his class he is HIV positive.

“Since I am open about my HIV status and being gay, I like how open students are here to people with a different way of life,” he said.

Spieldenner is among some 1.1 million people living with HIV in the United States today. Most are leading normal lives.

“We know a lot more about the disease and the medication is much better,” he said.

But the stigma persists, even though HIV is no longer the deadly disease it once was. In fact, antiretroviral drugs have turned HIV into a manageable condition, not unlike type 1 diabetes.

That hasn’t stopped 30 states from having HIV-related criminalization laws on the books.

“There are some states where the laws are so poorly written that they’re being used in wildly inappropriate ways,” he said, pointing to a Michigan case where an HIV-positive man, who his lawyer said was the victim of a hate crime, was charged with bioterrorism when he bit a neighbor during a fight.

“We have to change laws that are targeting a certain segment of the population and we have to resource community-led solutions.”

Nursing Students Step up Amid Pandemic by Vaccinating Community

When the spring semester began in late January, it seemed as if the stars had finally aligned for Cal State San Marcos to send its nursing students back into the community for their badly needed …
Read more

As Cal State San Marcos faculty and staff continue to go above and beyond on behalf of students and the campus community during the COVID-19 pandemic, we’re pleased to highlight some of the campus …
Read more

Donald Trump didn’t invent fake news, of course. False stories have been circulated as long as the written word has existed. Perhaps no person on the planet, however, is more responsible for the …
Read more
NewsCenter

Leading the Fight for People with HIV