AXO Honored as Community Partners of the Year 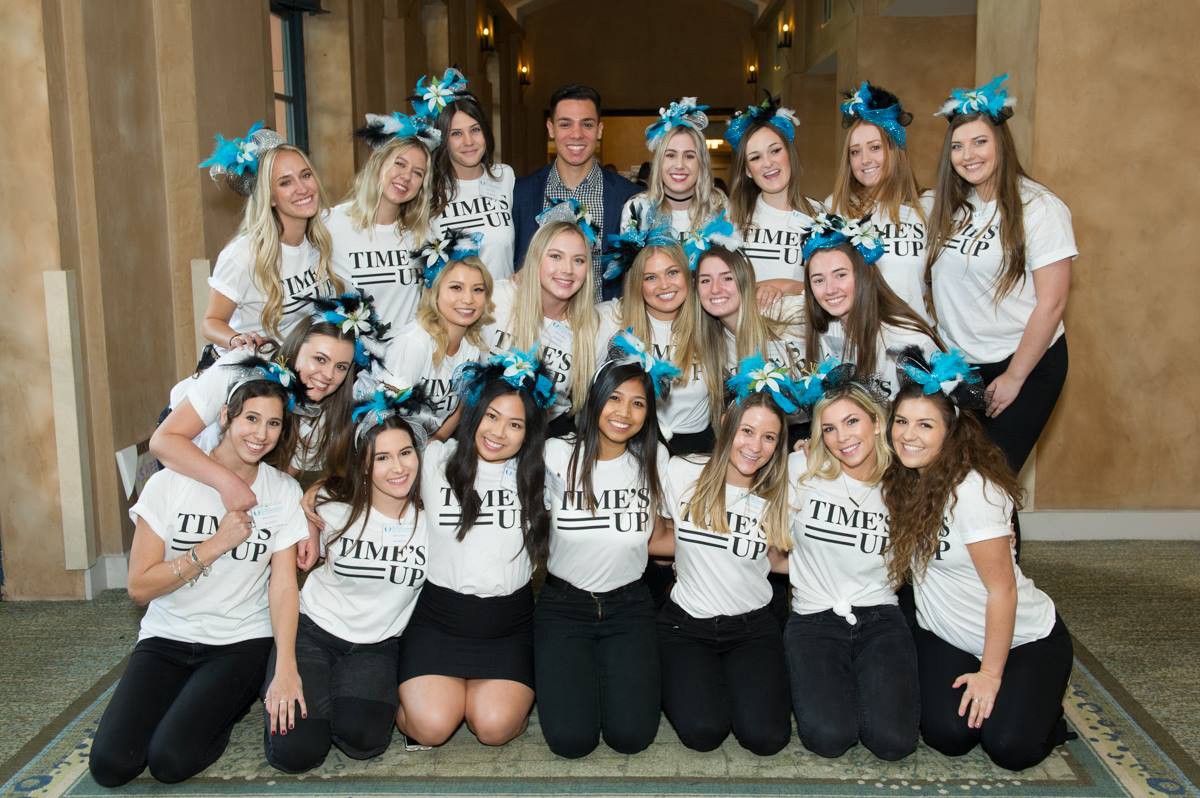 But participating in philanthropy as a member of CSUSM’s chapter of Alpha Chi Omega (AXO) proved eye-opening.

“I never realized how powerful a group of students could be when it comes to making an impact on the community,” said Alexa, a human development major and business administration minor who will graduate in spring 2019.

AXO was honored as the Community Partners of the Year by the Center for Community Solutions (CCS) during the nonprofit’s annual Tea & Tonic fundraising event on April 6. Founded in 1969, CCS works to end relationship and sexual violence by being a catalyst for caring communities and social justice.

“AXO has been a staunch partner in our journey,” said Edith Glassey, chief development officer of CCS. “They are vibrant and bring a new energy in our advocacy. They are true partners and are always available to CCS whenever we need their support.”

AXO supports domestic violence awareness on a national level with individual chapters having the option of supporting the national philanthropy or a local organization.

“A lot of people think it’s just physical violence or sexual violence, but there’s so much more to the term domestic violence than just those two criteria,” Alexa said. “It comes in financial forms, emotional forms, everything. Our goal is to educate people, and at the same time it’s a learning experience for us.”

Glassey said the CSUSM chapter of AXO reached out to CCS in 2011 offering its help while also making CCS a beneficiary of its fundraising efforts. In 2013, Glassey asked AXO to assist at CCS’ signature fundraising events, and members began helping at events like Tea & Tonic and Chef Showdown.

AXO holds two primary philanthropy events each year – Mr. Alpha Chi in the fall and Lyre Bowl in the spring – and set a chapter record last fall by raising more than $23,000 for CCS.

“CCS deserves all the recognition and support it can get,” Alexa said. “I love being able to support them. And beyond that, people should be more aware of domestic violence – it needs to be talked about. It’s a hard topic to talk about, but that’s why we try to educate people, so it can be talked about in an effective and appropriate way.”

AXO Honored as Community Partners of the Year