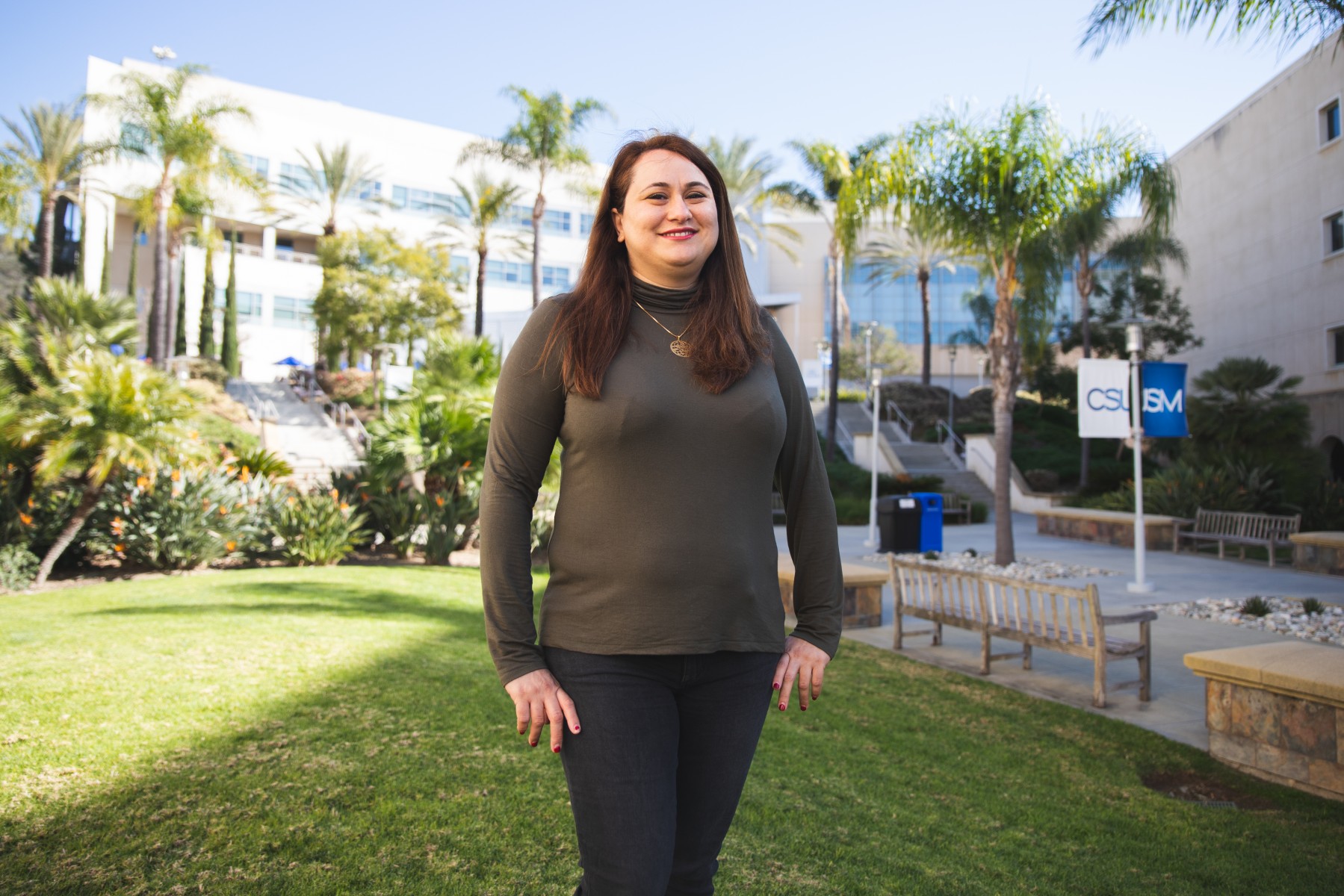 Azita Khatami had no intention of continuing her education when she enrolled at Miramar College. She simply wanted a certificate that would help her earn a little more money after the death of her husband. But a Miramar counselor urged her to continue, and Khatami will earn her bachelor’s in management information systems at CSUSM in 2021. Photo by Alan Brown

Azita Khatami is a spiritual person, someone with a strong belief in God and love. But life has also taught her the importance of pragmatism. She believes in teaching her teenage sons to be independent, whether it’s ensuring that they know how to budget and save money or how to cook and do laundry.

Khatami is painfully aware of the fragility of life, and she wants to instill in her boys a sense of self-reliance.

“Everything can change in a minute,” Khatami said.

For Khatami, that life-altering moment occurred in 2011. Khatami’s sister-in-law, who lived in Vancouver, unexpectedly showed up at her apartment door in San Diego. A surprised Khatami asked why she was there, and her sister-in-law just said Khatami had to return to her native Iran immediately. It took several minutes before her sister-in-law finally broke the news – Reza Hafezi, Khatami’s husband of 13 years, had been killed in a car accident.

“At that time, I never see myself as a strong woman,” she said.

It’s something nobody would say about Khatami today. She could have remained in Iran after her husband’s death. It would have offered family support that didn’t exist in San Diego. But Khatami was determined to return to the United States and fulfill the dream she and Hafezi had when they decided to make the move – creating a better life for their sons, Parsa and Paya. It meant scrambling to make ends meet financially, and it meant finding time for classes at Miramar College in hopes that it would lead to a better job to support Parsa and Paya.

Khatami had no intention of continuing her education when she enrolled at Miramar. She simply wanted a certificate that would help her earn a little more money. But a Miramar counselor urged her to continue. That encouragement proved transformative. A year from now, Khatami will earn her bachelor’s in management information systems at Cal State San Marcos, and she may even continue to pursue a master’s.

“To make a life for her children and to show them how to be resilient and tenacious and persevere, I'm just very humbled by that,” said Carleen Kreider, an Executive in Residence for CSUSM’s College of Business Administration who mentors Khatami.

“She’s quite an individual.” 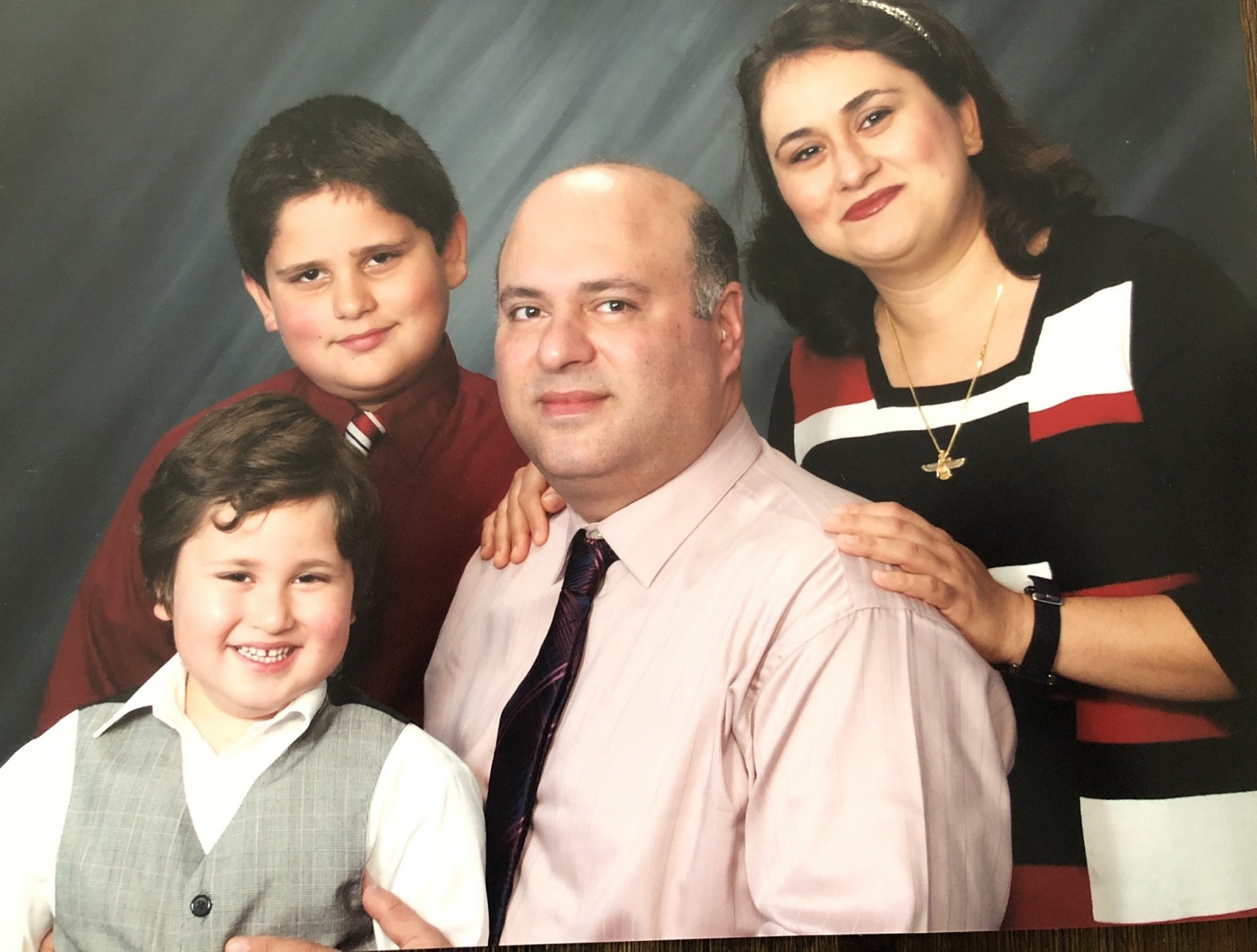 Azita Khatami and her late husband Reza Hafezi immigrated to the United States in September 2009 with dreams of raising sons Parsa and Paya in a stable environment.

Khatami and Hafezi immigrated to the United States in September 2009 with dreams of raising Parsa and Paya in a stable environment. Hafezi worked as an engineer in Iran, and the family received approval to immigrate to Canada as part of the country’s Federal Skilled Worker program. But before accepting, they learned that they had, literally, won the lottery.

Each year, the U.S. State Department randomly selects applicants to receive immigrant visas through the Diversity Immigrant Visa Program. But the odds are long – about 23 million applications are received for just 55,000 visas.

Khatami doesn’t identify with a specific religion, but she carries a deep faith in God, and winning the immigrant visa lottery felt like a sign.

“We were so happy,” she said. “We had lots of goals and dreams for the future of our kids.

“We had a satisfying life in Iran, but we couldn’t provide anything comparable to here for our kids or even for us. And we didn’t have the freedom.”

Having secured visas, Khatami and Hafezi moved to Chicago, where one of Hafezi’s sisters lived. But Khatami struggled with the city’s harsh winter, and they relocated to San Diego three months later.

It was a challenging transition. They had no family in Southern California and Khatami spoke no English.

In Iran, Khatami had help with the children as well as the cooking and housekeeping. While she didn’t have that type of support in San Diego, Hafezi insisted that he would manage the family’s finances so that Khatami could focus all of her energy on Parsa and Paya.

While Khatami was grateful, she realizes in hindsight that it left her ill-prepared after Hafezi’s accident.

“I didn’t have life skills,” she said.

Hafezi was in Iran for his job when the car accident occurred, and Khatami remained there for three months following his death. Though her family encouraged her to make the return permanent – and it would have lessened the financial burden and provided an emotional support system – Khatami was intent on returning to the U.S.

“Love is the strongest power in this world,” she said. “I want to continue the mission that I started with my husband. This is the piece in my heart that makes me happy, that makes me feel satisfied with what I did.” 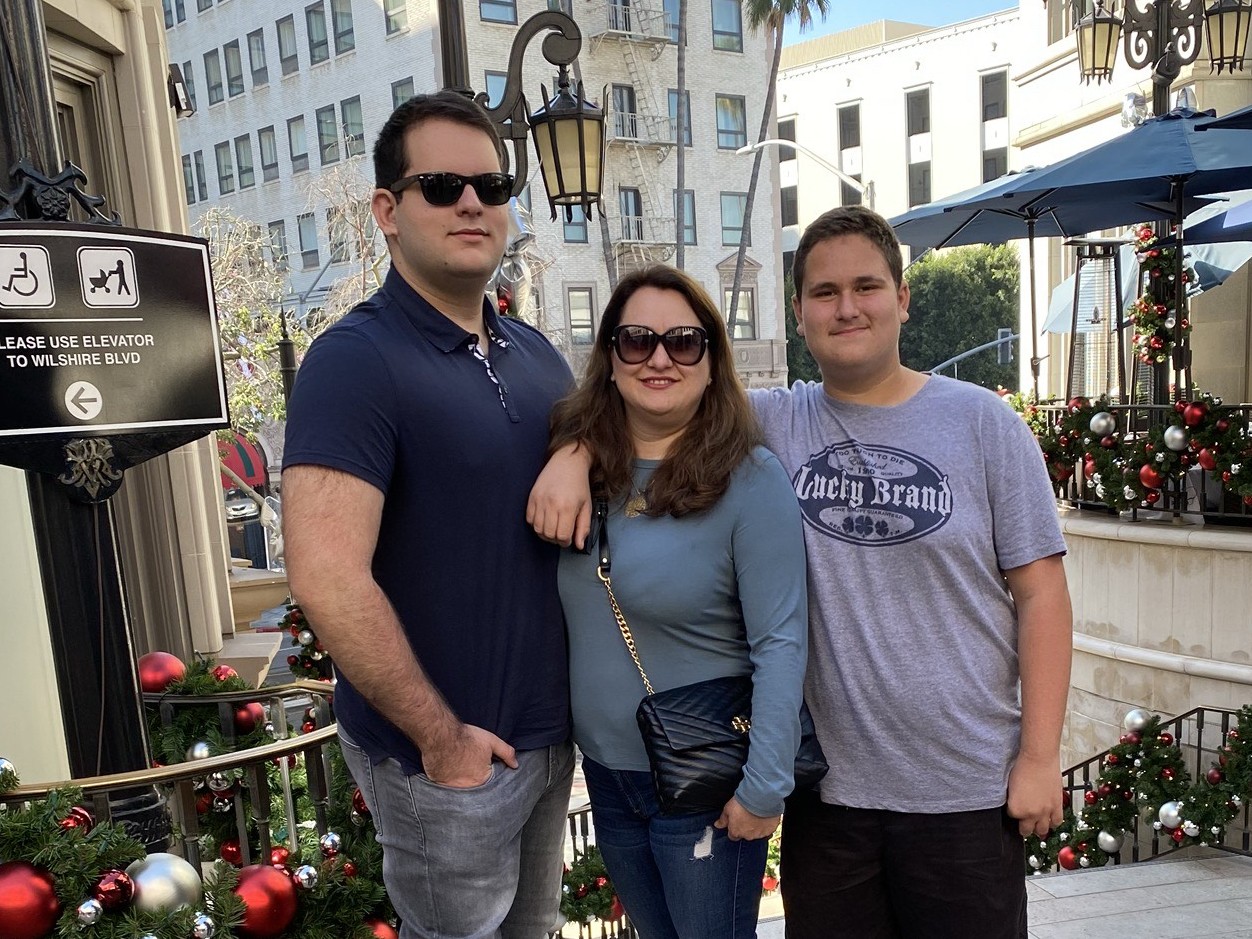 Azita Khatami says of her sons, Parsa and Paya, “Sometimes we put so much attention on details that are not really important. But we have to put our mind on important things. For me, my important and priceless things are my kids.”

Khatami had no idea the impact higher education would have on her future when she enrolled at Miramar College in 2012. What began as a way to improve her short-term job prospects evolved into in a nearly decade-long journey that will culminate in receiving her bachelor’s degree in May 2021.

While multiple scholarships have eased some of the financial pressure to pay for her education, Khatami has had to work multiple jobs throughout college to provide for Parsa and Paya. As always, they remain her top priority.

When Parsa and Paya were younger, Khatami juggled work and classes to ensure that she was home when they got out of school. Now, with Parsa preparing to graduate from high school and Paya nearing the end of eighth grade, she can leave them on their own for a few hours after school. But she still insists on being home to have dinner and spend time with them.

“Sometimes we put so much attention on details that are not really important,” she said. “But we have to put our mind on important things. For me, my important and priceless things are my kids.”

Khatami continues to work in the health office at Miramar College while working toward her degree. She is weighing internship opportunities this summer with an eye toward working as a business analyst once she graduates. She wants to spend a few years working before potentially pursuing a master’s in cybersecurity.

It hasn’t been an easy path to her degree. Grieving for her husband and raising her children were certainly the biggest challenges, but there have been others, from overcoming a language barrier to keeping up with classmates who are half her age. But Khatami has thrived in school, and she continues to lean on her faith in God and her love for Hafezi and her sons to persevere.

“I still feel the pure love of my husband,” she said. “Maybe physically he cannot help me, but he really loves our kids and he did a lot for us to have a good life and to have a safe place to live. Even if he’s not here, I have to continue to help my kids reach their dreams.”