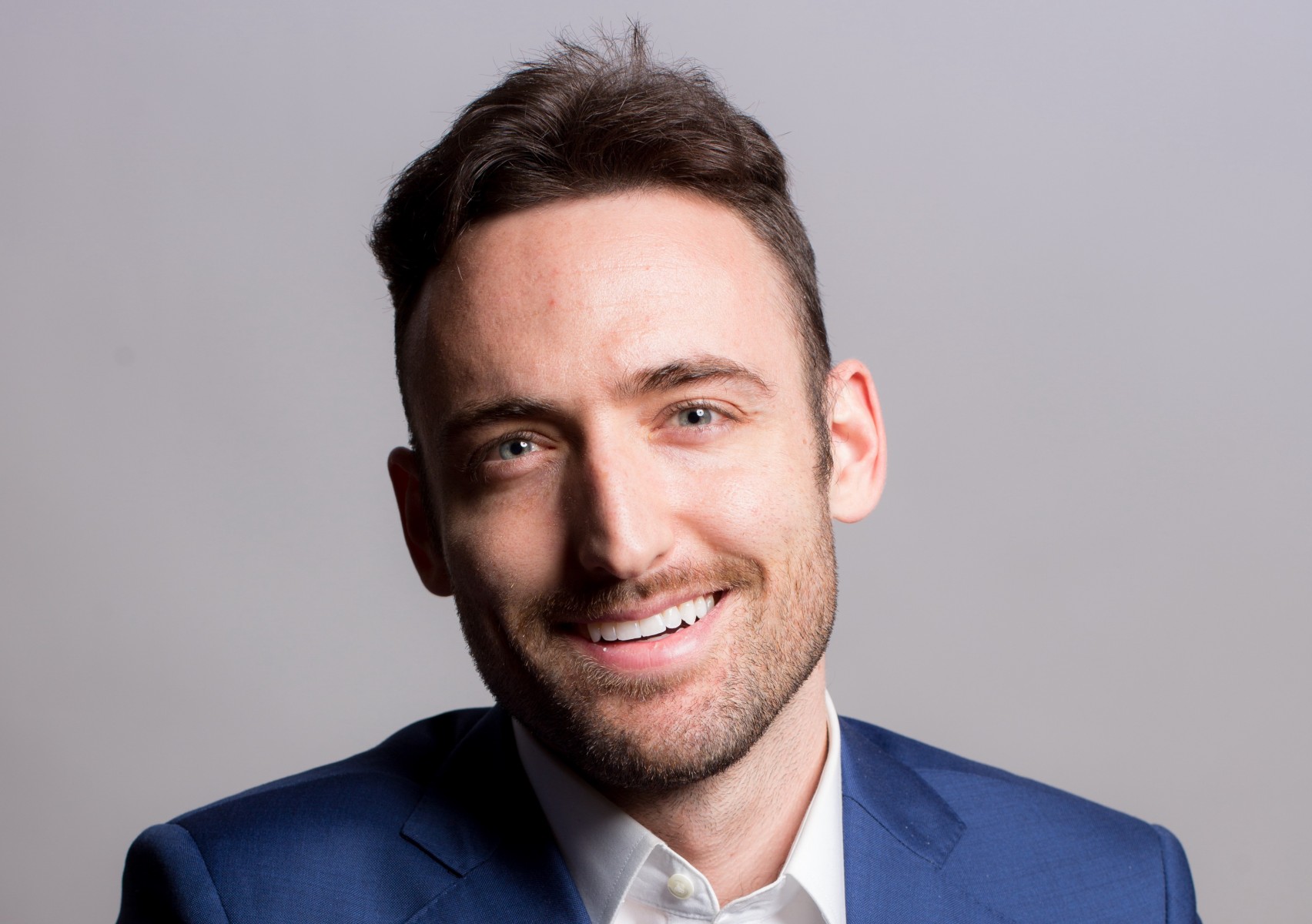 James Oakley, who earned his bachelor's in chemistry at CSUSM, is now a graduate student at Princeton working in the lab of David MacMillan, who received the 2021 Nobel Prize for chemistry.

James Oakley woke up on Oct. 6 figuring it would be like most mornings when he needed to prepare for the weekly group meeting he attends with his fellow Princeton University graduate students who are members of chemistry professor David MacMillan’s lab.

One glance at his phone told him otherwise.

Oakley had a slew of messages offering congratulations to his lab boss, MacMillan.

“I had no idea what it was about,” said Oakley, who earned his bachelor’s in chemistry from Cal State San Marcos in 2018.

A quick check of the news showed Oakley why his phone was going crazy: MacMillan had been awarded the 2021 Nobel Prize in chemistry “for the development of asymmetric organocatalysis.”

“I immediately jumped out of bed with a massive smile on my face and just an overwhelming excitement,” Oakley said. “It was funny. About five minutes after that, Dave sent an email to all of us saying, ‘Despite the news, we're still having group meeting this morning.’ So we all got together and presented our research, but this time with a bunch of cameras and people from communications recording this historic event.”

MacMillan shares the award with German chemist Benjamin List. The Royal Swedish Academy of Sciences, which awards the Nobel Prizes for physics and chemistry, lauded MacMillan and List for “their development of a precise new tool for molecular construction: organocatalysis. This has had a great impact on pharmaceutical research, and has made chemistry greener.”

Working in the lab of a Nobel laureate wasn’t something Oakley could have envisioned coming out of Valley Center High School, which is about 20 miles northeast of CSUSM.

An accomplished artist, Oakley spent some time training at an art atelier to hone his skills before realizing art wasn’t something he wanted to pursue professionally. That led him to enroll at CSUSM, where he took a wide range of courses his first year.

“Chemistry just really stuck out to me,” he said. “With the great chemistry professors at CSUSM and their passion for chemistry and also teaching chemistry, it just really got me into it. I just really fell in love with the subject and pursued it fully.”

“James found a passion for chemistry at CSUSM, and his determination to learn and contribute to the field led him to receiving accolades (including the National Science Foundation Graduate Research Fellowships Program) and joining a research lab whose PI is now recognized with the most prestigious award in chemistry research,” Iafe said. “I couldn’t be more proud and excited for him.”

Oakley thrived in CSUSM’s chemistry program and was even a finalist for the Glenn Nagel Undergraduate Student Research Award in 2018. He credits Iafe and his other professors for preparing him for the rigor of graduate school at Princeton.

“Cal State San Marcos really gave me an excellent education,” he said. “I came to grad school very prepared, especially with all the research I did with Robert Iafe. I was able to hit the ground running.

“The smaller classes and the intimate teacher-student interactions really gave me not just a breadth to my education, but also a depth that was really enabling for me when I began doing science at Princeton. There's a lot of really close mentorship, which I think is also a unique part of CSUSM. The professors really care about you. I made a lot of really close connections and had a lot of long scientific discussions with people like professors Paul Jasien, Kambiz Hamadani and, of course, my closest mentor, Robert Iafe.

“And there was so much hands-on undergrad research at CSUSM. I wasn't just washing glassware or doing menial labor. I really was able to get down and dirty with the science and work through tough problems and do actual research. And, thankfully, I was able to actually get a publication out of that. I think that's just a testament to the unique opportunity that CSUSM gives students. I know very few people who have a publication from undergrad, let alone first author, and I think that's really one thing that CSUSM does – it gives you these really hands-on, in-depth research opportunities.”

Oakley will graduate from Princeton in May 2023, but his job application process will begin next summer. Being part of MacMillan’s lab has presented opportunities for Oakley to work with a number of large pharmaceutical companies, and he is looking toward a career that allows him to work on problems that directly impact people’s lives.

Oakley has maintained ties to CSUSM even while 3,000 miles away. He remains close with Iafe, even collaborating with his CSUSM mentor and members of the university’s chapter of the American Chemical Society to host virtual “STEMinars” in which CSUSM undergraduate students had an opportunity to hear from Princeton students about the graduate school process.

“Robert Iafe really helped me figure out why I would want to go to grad school and the process of doing so,” Oakley said. “And that was a nice way that I felt I could give back because CSUSM really prepared me for a research career at Princeton and beyond.”