Keeping Mock Check Pays Off Thanks to Donor 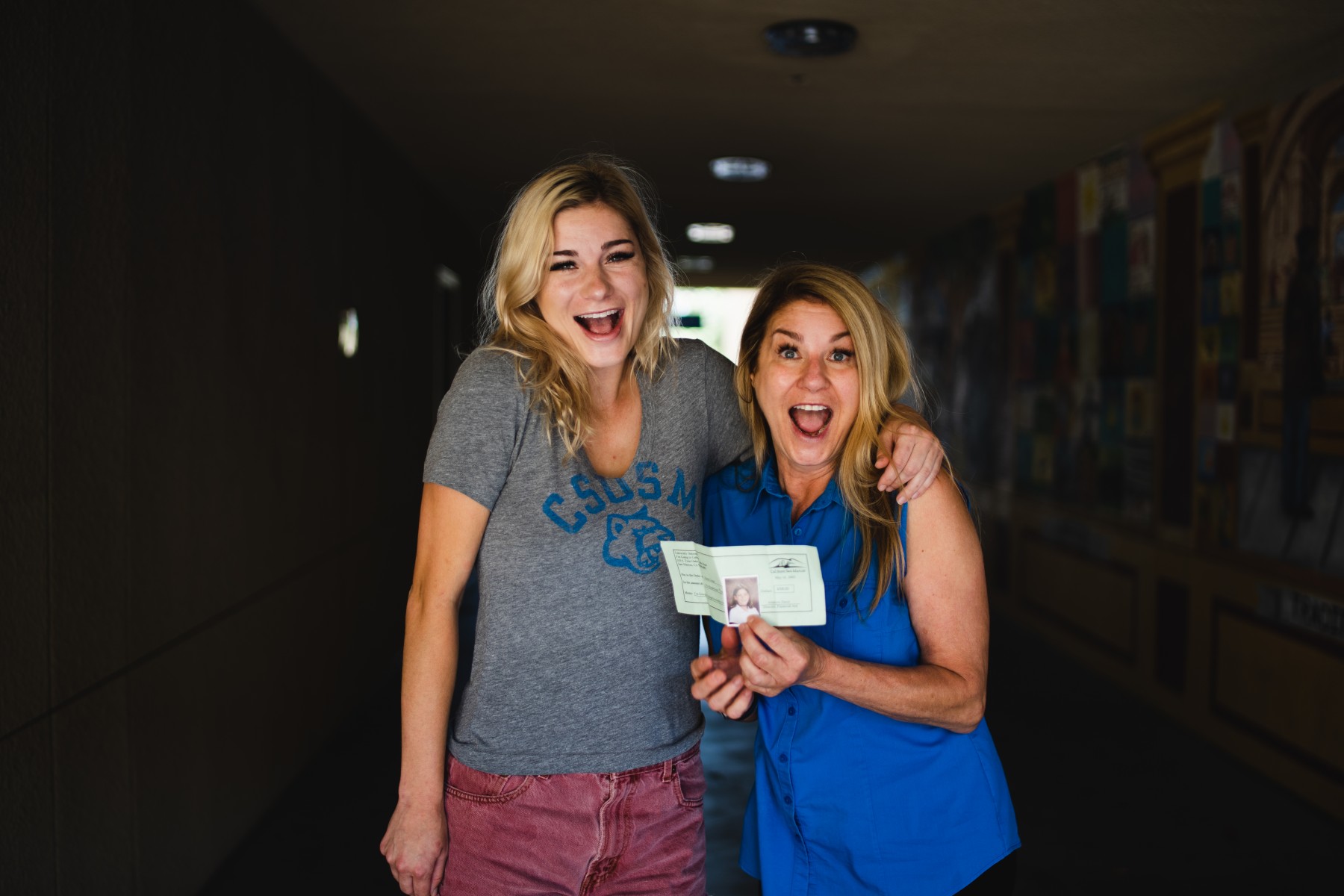 Chloe Hartman and her mom, Melissa, show the mock check they kept from a field trip Chloe took to CSUSM as an elementary school student. More than a decade after that field trip, an anonymous donor honored the check. Photo by Alan Brown

Chloe Hartman describes her mom, Melissa, as a saver.

When Chloe arrived for her orientation at Cal State San Marcos during the summer, she was given a blue backpack that all incoming students receive. The backpack jogged the memory of her mom, who remembered Chloe receiving a similar backpack during an elementary school field trip to CSUSM more than a decade earlier. Seeing the backpack helped Melissa recall a piece of paper that Chloe also received during the field trip.

Melissa found what she was looking for – and in the process helped her daughter earn a $500 scholarship.

As part of the outreach program that Chloe attended as an elementary school student in 2005, mock checks were given to students in the amount of $500 and made out to “Future Cougar.” The checks were one of many tools used during the field trip to get kids excited about attending college.

When Chloe, now 26, returned to campus in August for a counseling appointment, Melissa tagged along with the “check” in tow. They figured it couldn’t hurt to stop by the financial aid office to see if it could be redeemed.

The financial aid office was understandably perplexed seeing the 14-year-old “check,” but they scanned it and promised to get back to Chloe. When they did, the conversation began as Chloe figured it would.

Chloe began to say, “It’s OK, it was worth the ask.” But then Chloe learned that an anonymous donor was inspired by the story and agreed to fund the $500 scholarship.

“I’m amazed that someone actually put forward that money for me,” Chloe said. “I was so thankful. I just thought, ‘Oh my god, that’s so sweet.’ ”

It was especially sweet for Chloe considering her long journey toward a degree. She attended San Diego State out of high school, but never felt like it was the right fit. She transferred to Palomar College and was well on her way to obtaining her degree in accounting before realizing it wasn’t the direction she wanted for a career. She transferred to CSUSM this fall and is excited about pursuing her bachelor’s in criminology and justice studies.

Chloe is grateful for the unexpected scholarship money – and for her mother’s foresight in keeping the mock check for so many years.

“My mom always thought I was going to go to CSUSM because I was such a homebody,” Chloe said. “If the paper was from any other college, she might not have kept it. But I think she was just so sure I was going to end up here one day. And she was right.” 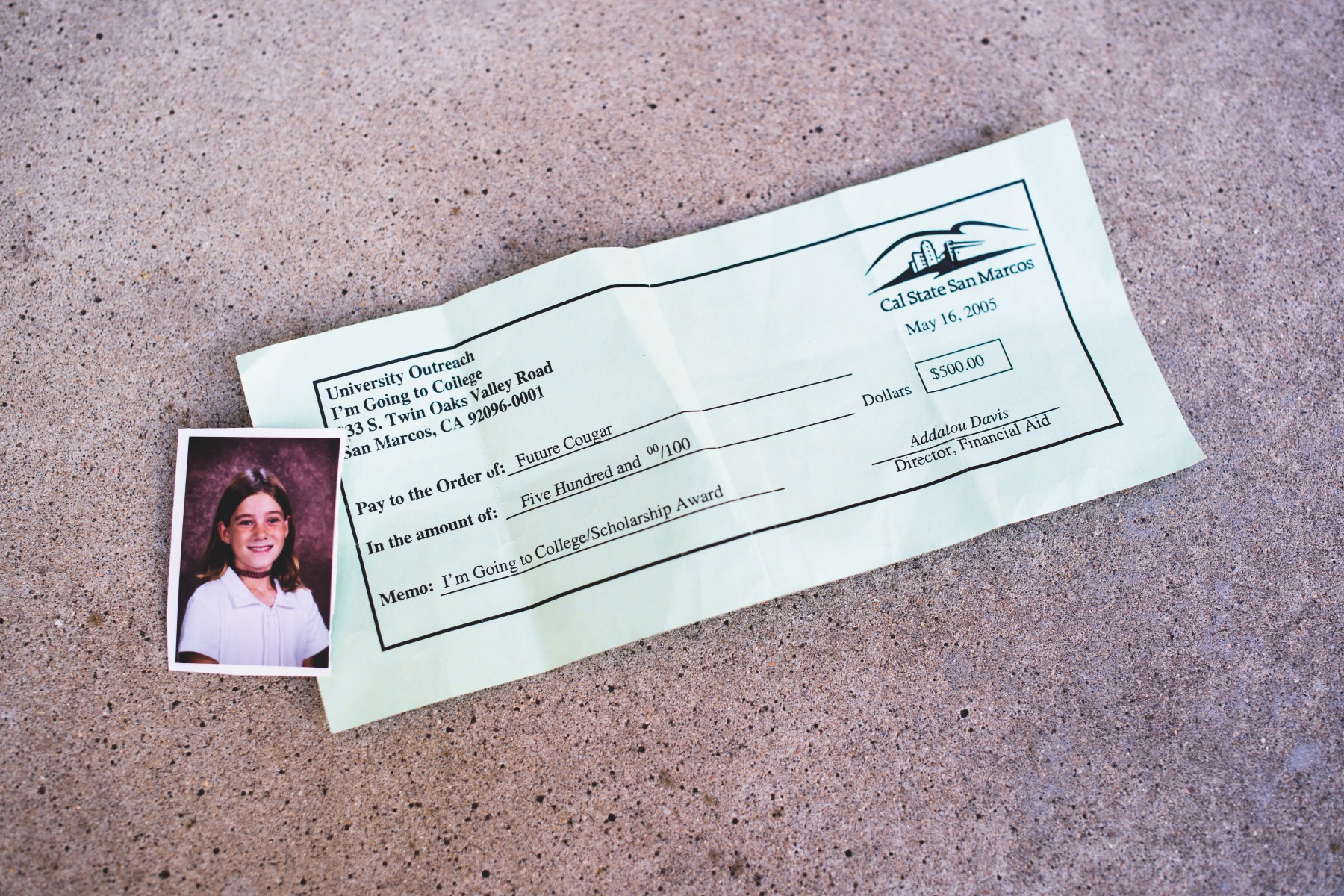 CSUSM student Chloe Hartman's mom kept this mock check that her daughter received on a field trip. More than a decade later, an anonymous donor honored it. Photo by Alan Brown

Keeping Mock Check Pays Off Thanks to Donor