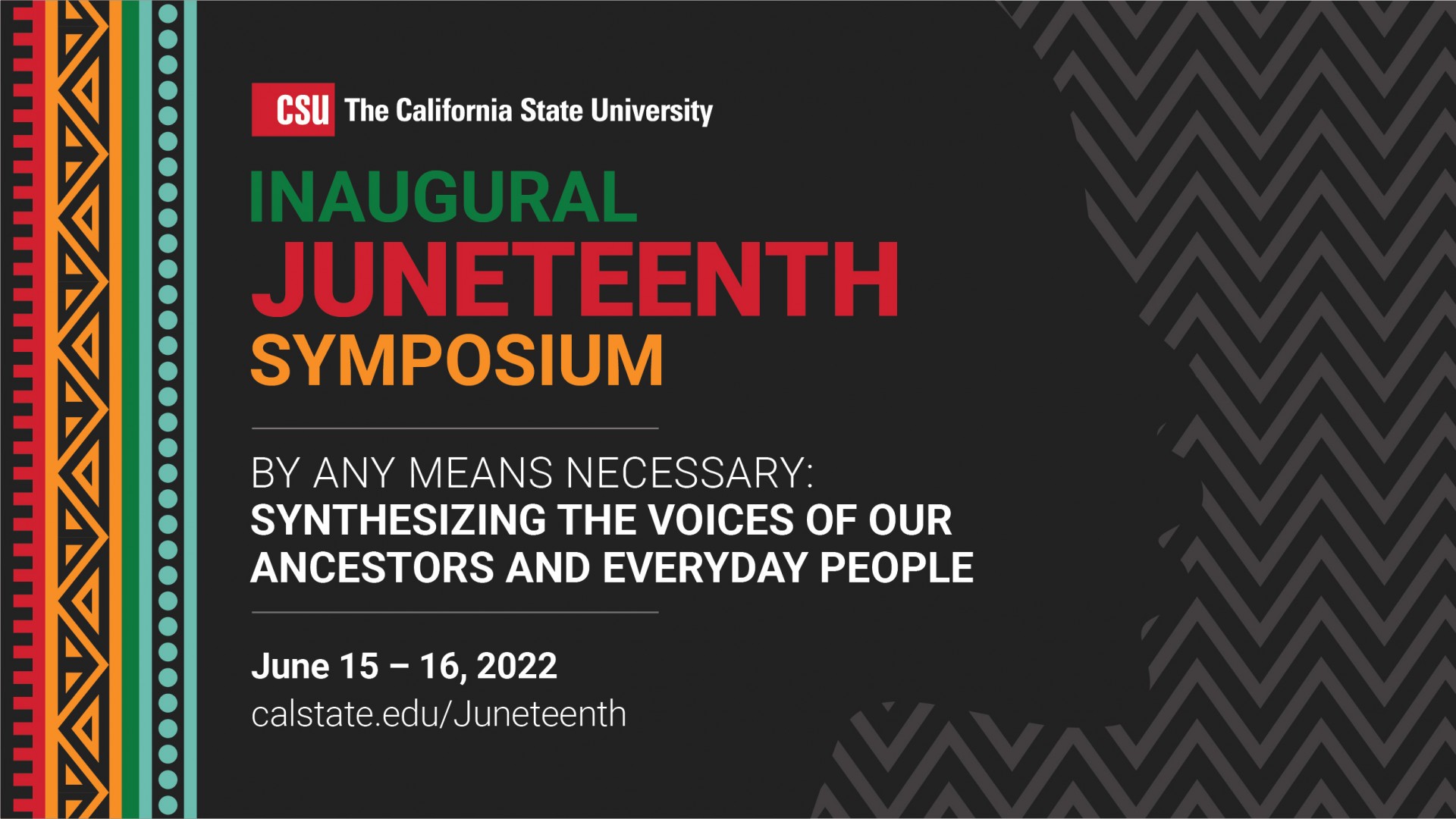 The California State University will host its inaugural symposium dedicated to the holiday of Juneteenth this month.

The two-day event will take place June 15-16 at Cal State Dominguez Hills. It also will be streamed live at CalState.edu/Juneteenth. The virtual event is open to the entire CSU community and general public, and anyone interested in attending is encouraged to register for the live stream.

Titled “By Any Means Necessary: Synthesizing the Voices of Our Ancestors and Everyday People,” the symposium will celebrate African American history and achievement, and promote and sustain the anti-racism work underway across the CSU’s 23 campuses, including Cal State San Marcos.

Juneteenth is a federal holiday commemorating the emancipation of enslaved African Americans. It’s held on the anniversary date of the June 19, 1865 announcement of the Union Army proclaiming freedom for enslaved people in Texas, which was the last state of the Confederacy with institutional slavery. President Joe Biden formalized Juneteenth as a federal holiday last year.

In conjunction with the symposium, the CSU will launch an initiative called CSU ACTs (Acknowledges, Commits and Transforms). CSU campus communities have been encouraged to plan a complementary event around the symposium to celebrate, commemorate and develop a preliminary set of goals, measurable objectives and action steps to advance African American student access and success.

At CSUSM, that event is the Juneteenth Civic Action Party for Racial Justice, which will take place June 17 at 1 p.m. in USU 4200 as well as via Zoom. Hosted by the Department of Civic Engagement in partnership with the Black Student Center, the event invites students, staff and faculty to complete racial justice actions on the Civic Action Hub to create a more just and equitable society. You can register here.