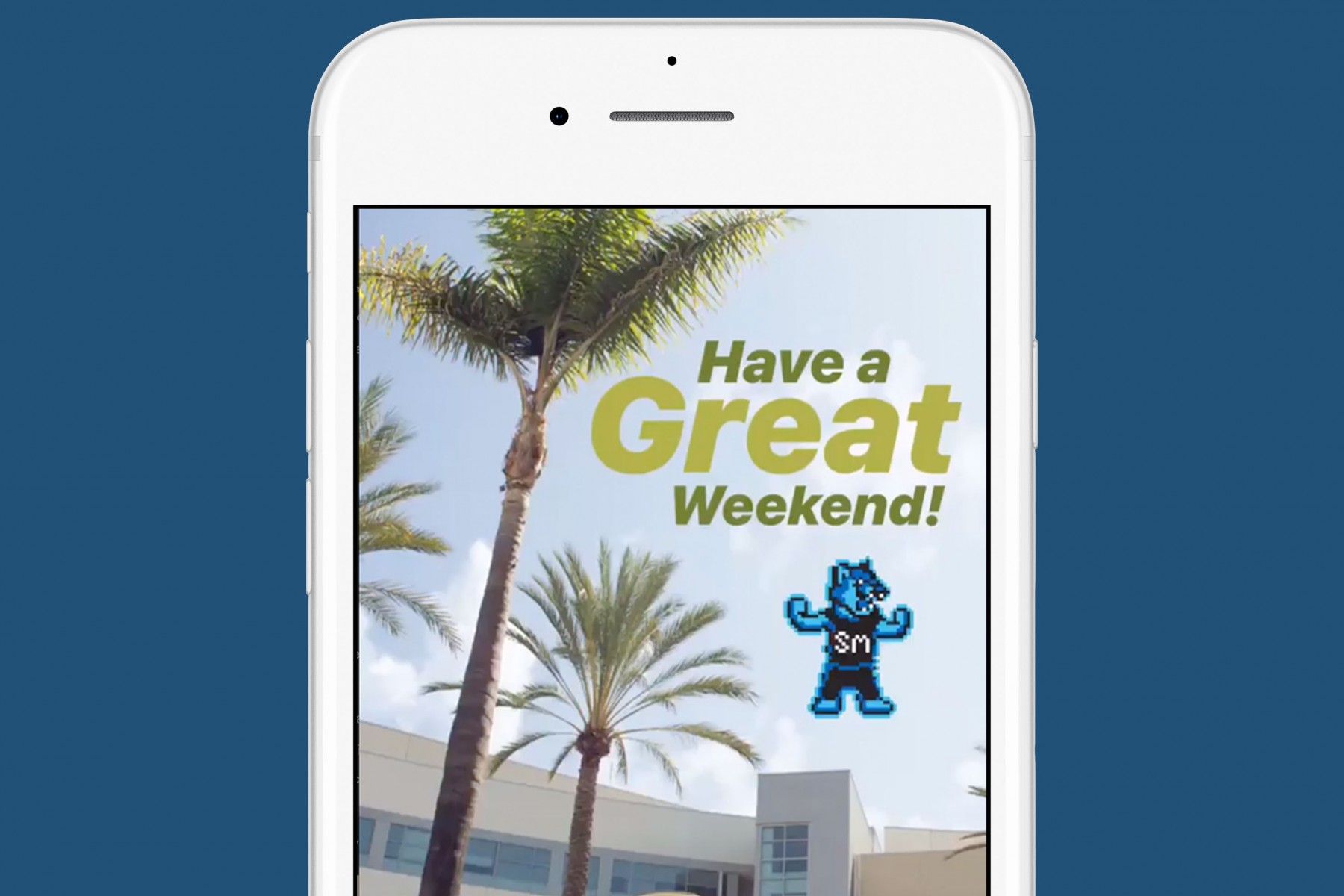 CSUSM spirit has attracted a lot of attention – 1.5 million views and counting – on social media in the last month with the university’s first collection of official GIFs.

A GIF, a commonly used acronym that stands for Graphics Interchange Format, is a bitmap image file used on websites and in social media and consists of a short series of frames that animate the clip – similar to a film strip.

CSUSM’s inaugural GIF, which was published on giphy.com on September 24, features university mascot Crash the Cougar in athletic apparel, flexing its muscles. The collection continues to grow weekly and now includes six GIFs available for public download and use. Animated texts of “Let’s Go Cougars,” “Stay True Bleed Blue,” and “CSUSM” inscribed in a blue heart are also in the collection. The not-surprising front-runner in the curated series is an animated script of “Cougar Family,” complete with the signature blue Cougar paw, which has more than 650,000 views to date.

The GIFs were designed by Naomi Schaefer, a CSUSM student and graphic design intern with the Office of Communications. Tackling the design for the university’s first-ever GIF was a new experience for Schaefer. The Crash the Cougar GIF was constructed pixel by pixel and features four frames that give Crash the appearance of flexing its muscles back and forth.

“When it comes to a GIF like Crash, one pixel can change the whole design,” said Schaefer, who is majoring in visual arts. “It’s so incredibly cool to see something I helped bring to life be used and seen by so many people.”

Browse and download the official CSUSM GIFs and stickers at giphy.com/csusm.