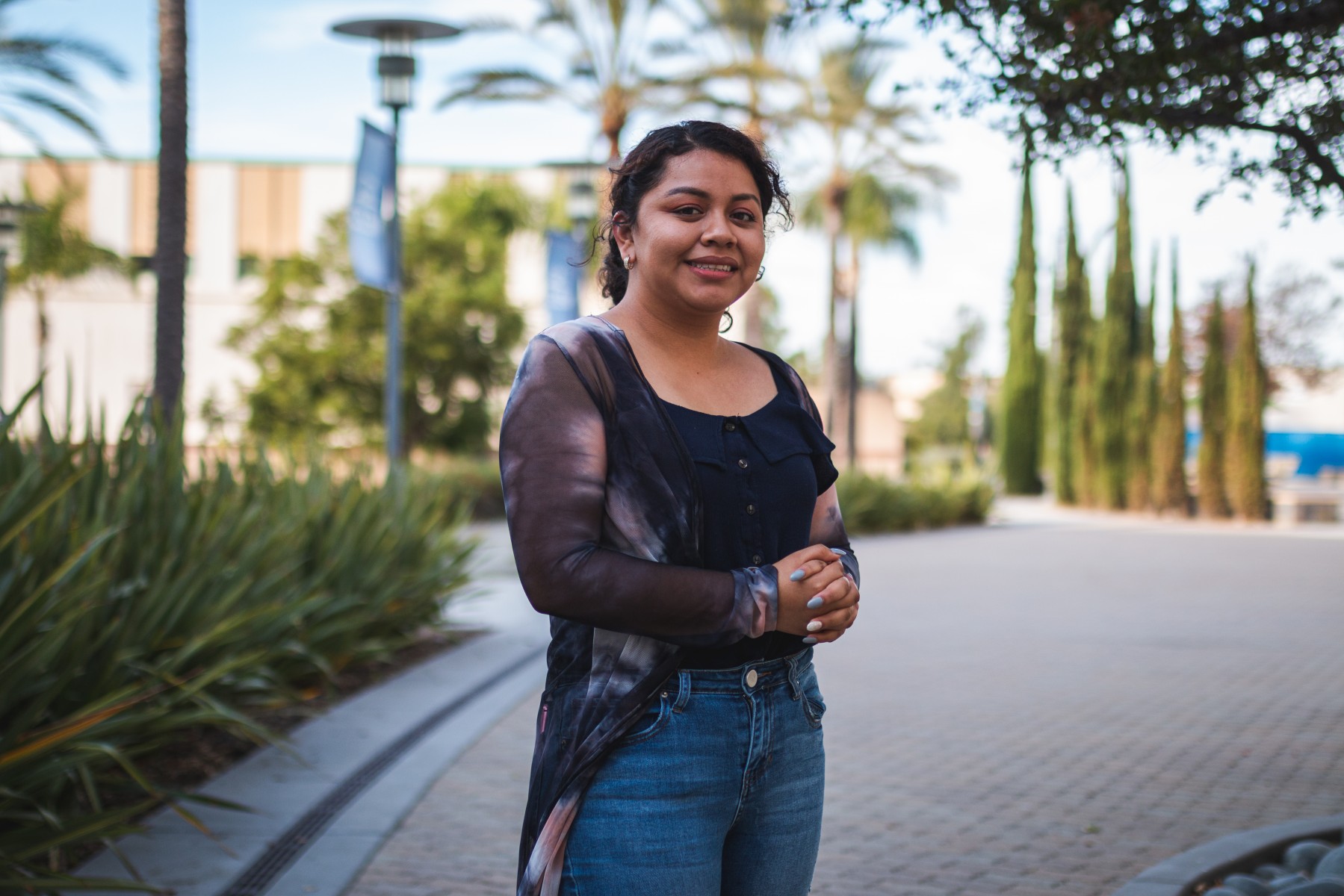 Escaping an untenable living situation during her freshman year led to an exhausting commute for the final months of the semester last spring. Then came a futile search to secure affordable housing for the 2019-20 school year.

Santana’s growing frustration made her wonder if she should just return to live with her family in Ventura County.

“I started getting worried,” Santana said. “I thought, ‘Where am I going to live?’ I didn’t want to drop out.”

That’s when Santana reached out to TRIO Student Support Services, which assists first-generation, low-income and/or students with disabilities in completing their college degree.

“Thankfully, they were able to help me,” she said.

As CSUSM Giving Day approaches on Dec. 3, TRIO SSS leaders are hoping donors will be inspired to provide additional funding for critical assistance and services so the program can help more students like Santana.

“Daisy is an outstanding student with strong academic credentials,” said Perla Rivas, a TRIO SSS counselor. “She has worked very hard and has overcome financial and family hardships to achieve her impressive academic record. I have always found her to be pleasant and cheerful, even when work or life gets tough and/or demanding.”

Santana is the first in her family to attend college, and she wasn’t even sure a four-year university was possible coming out of high school. However, with encouragement from a high school English teacher, Santana applied to multiple CSU campuses and was able to cover tuition costs through a Cal Grant, which provides financial aid to California undergraduate students. 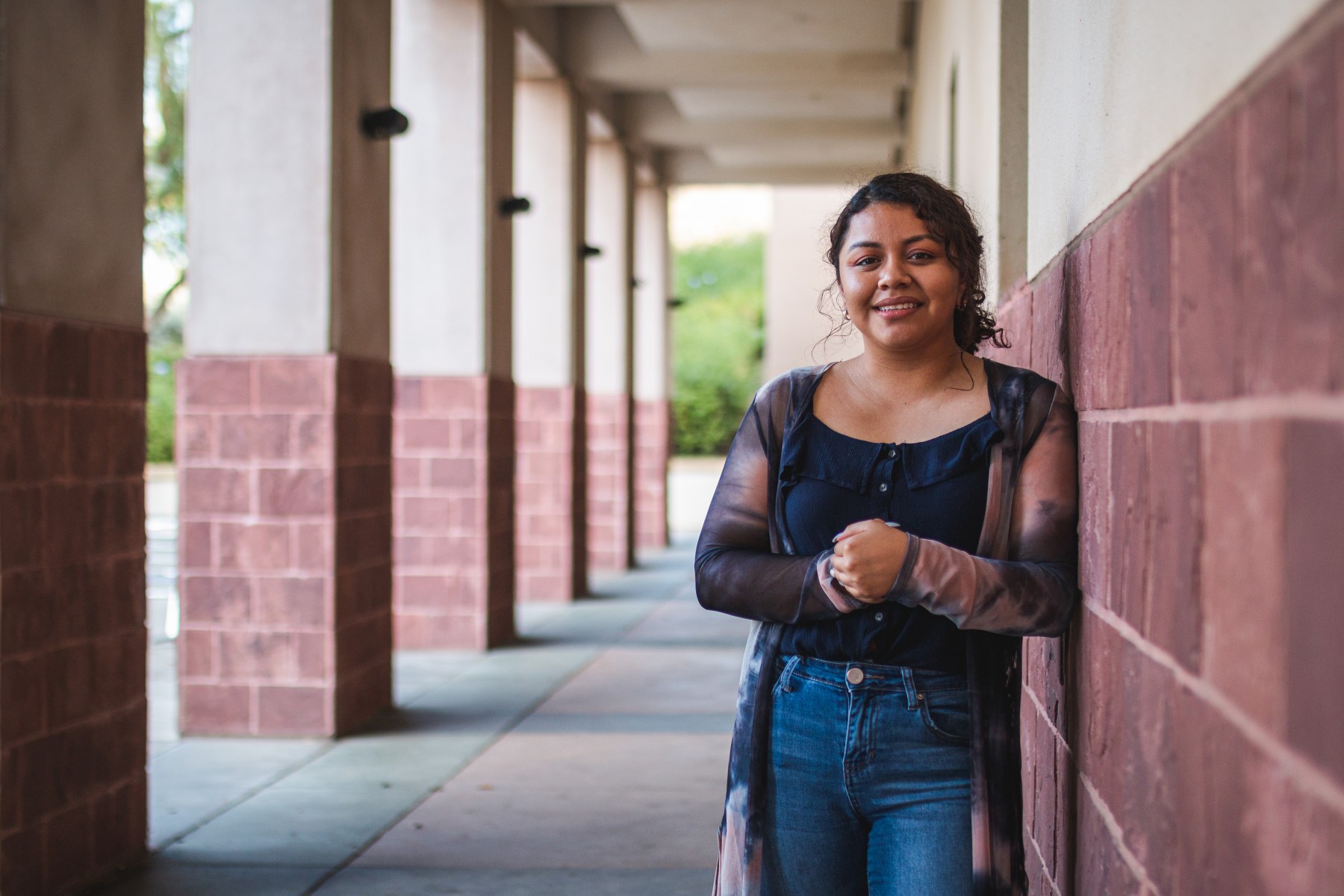 But, as an out-of-area student, Santana still needed to figure out how to pay for housing, which can be upward of $15,000 for the academic year.

Santana’s family couldn’t afford on-campus housing, but a friend she met at freshman orientation mentioned that she was renting a room in a house near campus. Santana visited the house, liked what she saw and agreed to rent a room.

“Everything seemed great,” said Santana, who is majoring in criminology and justice studies. “But then when it came to actually living there, that was a different thing.”

Santana faced numerous challenges with the landlord, from use of the washer and dryer to parking issues. But the most difficult restriction was related to cooking. The landlord tried to dictate when Santana could cook and even the types of food that she was allowed to cook in the house. The anxiety caused Santana to alter her diet drastically. Her health deteriorated, and a visit to the doctor raised concern about the development of an ulcer.

Winter break provided a respite as Santana returned home, where she was able to eat healthier and avoid the stress of her living situation. But the start of the spring semester was a return to what Santana describes as a nightmare.

As spring break approached, Santana’s friend said she couldn’t take it anymore. She was going to rent a room from her aunt, who lives in San Diego. Santana was able to live with them and, while that solved one problem, it created another – an hour-long commute without traffic and typically a two-hour drive in the afternoons. Santana doesn’t have a car, so she and her friend also were each at the mercy of the other’s class schedule. It meant early mornings to get to school and long days on campus while waiting for the other person to finish class.

But Santana persevered and successfully completed her first year. And, with help from TRIO SSS, her second year is off to an even better start.

“One of the things I admire most about Daisy is her willingness to serve as a role model,” Rivas said. “She isn’t embarrassed about sharing her story and her past. By setting a good example, she has been extremely influential in establishing and maintaining an enthusiastic attitude and a strong work ethic among other TRIO SSS students.”

Learn more about how you can help other TRIO SSS students on CSUSM Giving Day.