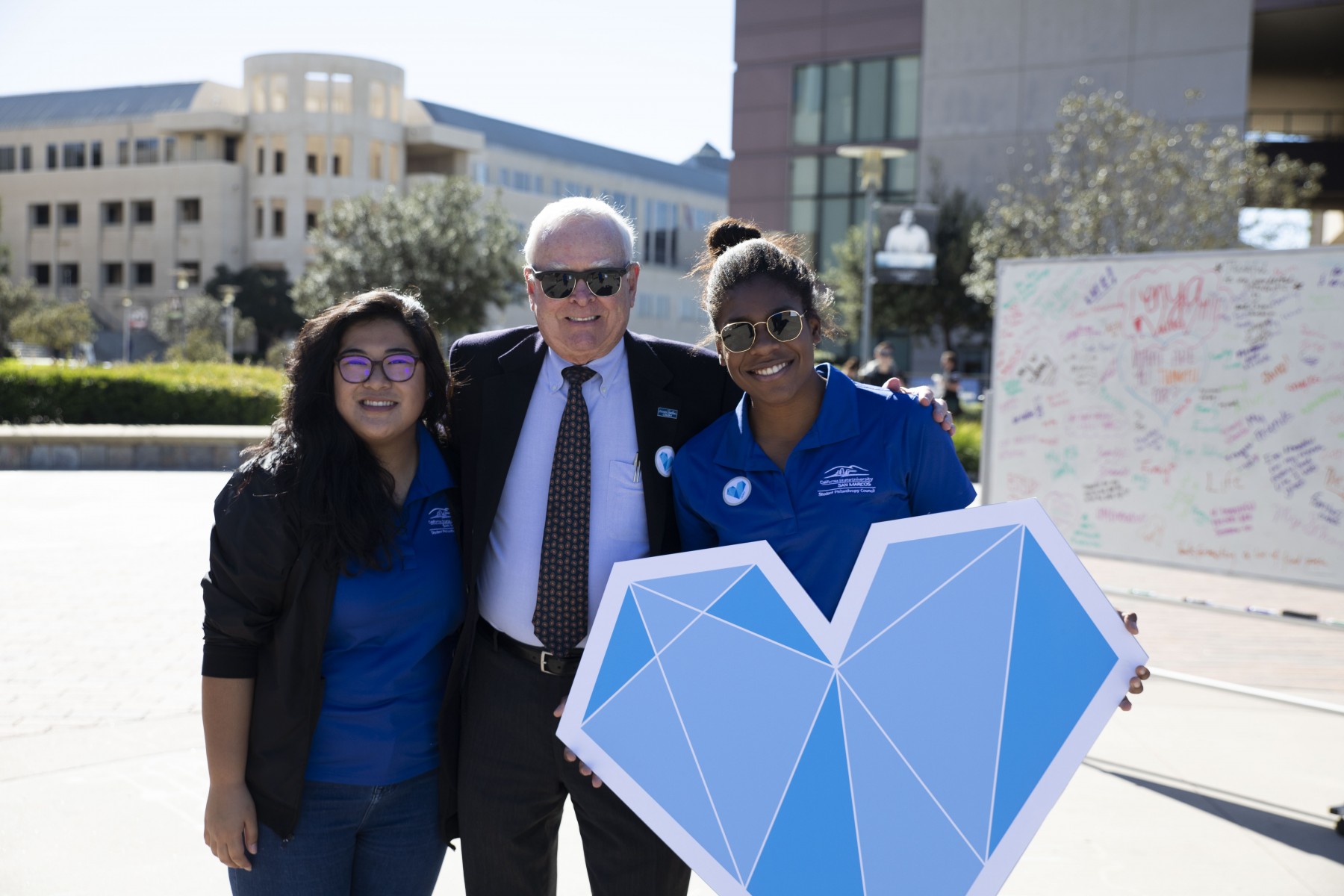 Thanks in large part to Jack Raymond’s commitment to double a person’s gift to their designated area, CSUSM Giving Day has welcomed almost 1,300 new donors.

Raymond was among a small group of community leaders who led the charge to establish CSUSM in 1989. As the longest-serving chair of CSUSM’s Foundation Board (2012-2019), Raymond has been at the forefront of transforming the university’s fundraising efforts by motivating the board, the campus community and the greater region.

One of the areas in which that is most evident is through his annual CSUSM Giving Day challenges.

In 2016, and every year since, Raymond has provided a matching gift on CSUSM Giving Day, which is held each year on the Tuesday following Thanksgiving, in support of student scholarships and university initiatives. But Raymond doesn’t simply offer a match. He is equally generous with his time, creating videos to encourage donors to take advantage of his match offer and ensuring that he is present on campus to interact with students, faculty and staff as they participate in the annual one-day event.

“It’s exciting to see our campus and community rally around university causes that are important to them in a fun, yet competitive way,” Raymond said.

Thanks in large part to Raymond’s commitment to double a person’s gift to their designated area, CSUSM Giving Day has welcomed almost 1,300 new donors. With more than $900,000 raised on CSUSM Giving Day over the past four years, Raymond has helped create a culture of philanthropy among the CSUSM community.

Spurred by Raymond’s matching gifts, Giving Day achieved unprecedented success in 2018 with nearly 1,500 gifts made in a 24-hour period. The university raised $448,955, an astounding increase of 2,877 percent over the inaugural Giving Day three years earlier.

“CSUSM Giving Day is a unique opportunity for a new generation of Cougars to support what they love about their university,” said Sean Briner, who oversees annual giving. “Jack’s annual matching gift has been instrumental in inspiring people to give to the causes that they’re passionate about.”

Raymond also played a critical role in CSUSM’s first comprehensive fundraising campaign, Forward Together, which ended on Dec. 31, 2018. The university’s campaign goal was $50 million, a bold ambition for such a young university. At the time of its launch, no other university in the 23-campus California State University system had attempted a campaign of this magnitude at such a young age. CSUSM didn’t just reach its goal, it shattered it by raising over $55 million.

Raymond has been building a culture of philanthropy in this region for decades. Both he and his wife, Caroline, along with their daughters Midge and Rebecca, have committed scholarship support to CSUSM via the Raymond Family Endowed Scholarship while supporting a variety of additional causes on campus, including the Food Insecurity Fund, faculty professional development and athletics.

For more than three decades, Raymond has advocated on behalf of the needs of the university and worked tirelessly to provide opportunities for access and quality education throughout our region.

“I’m a firm believer in the benefits of higher education,” said Raymond, who received an honorary Doctor of Humane Letters from CSUSM in recognition of his unwavering commitment, contributions and dedication to the university. “When people become the first in their families to graduate, it is truly transformational.” 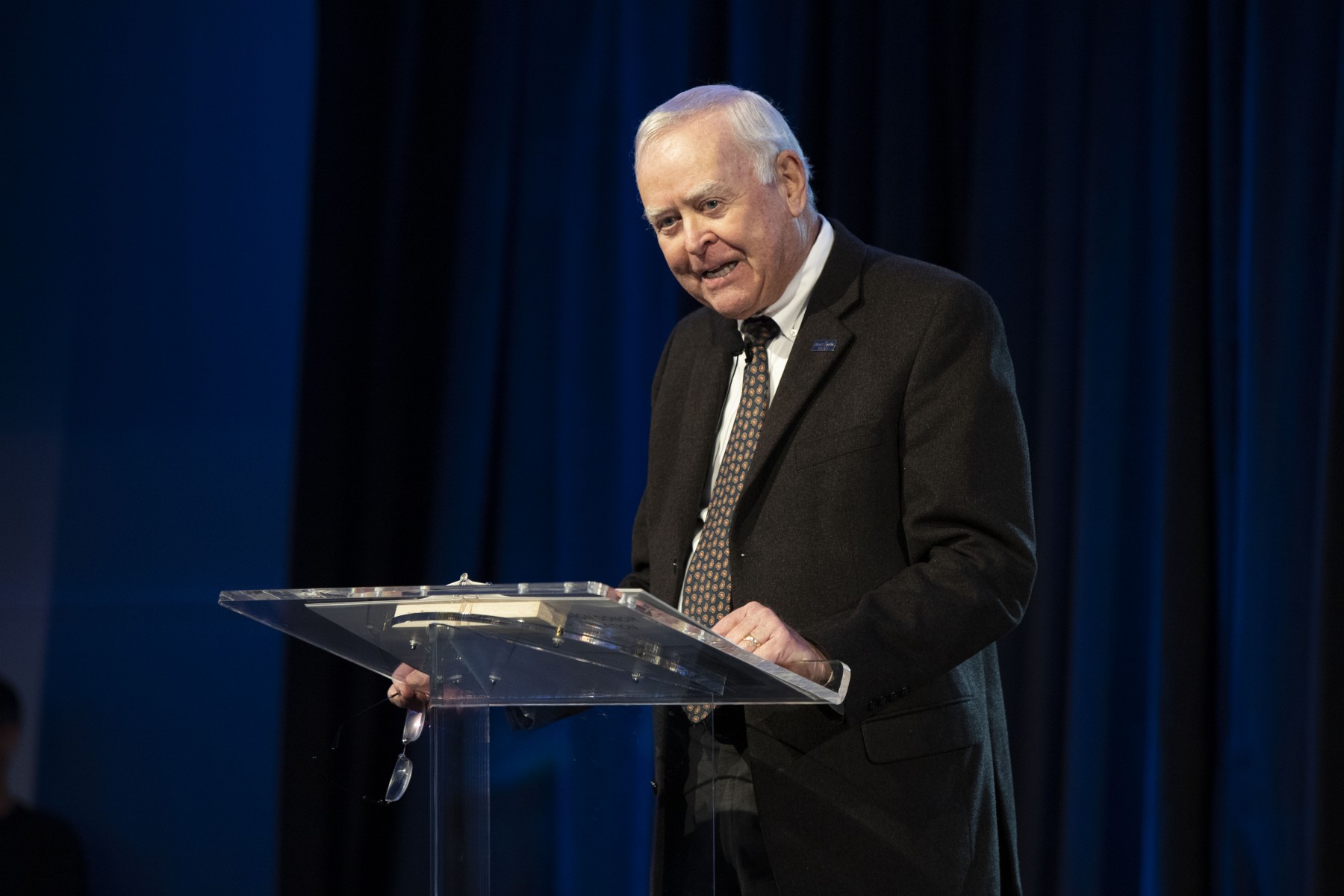