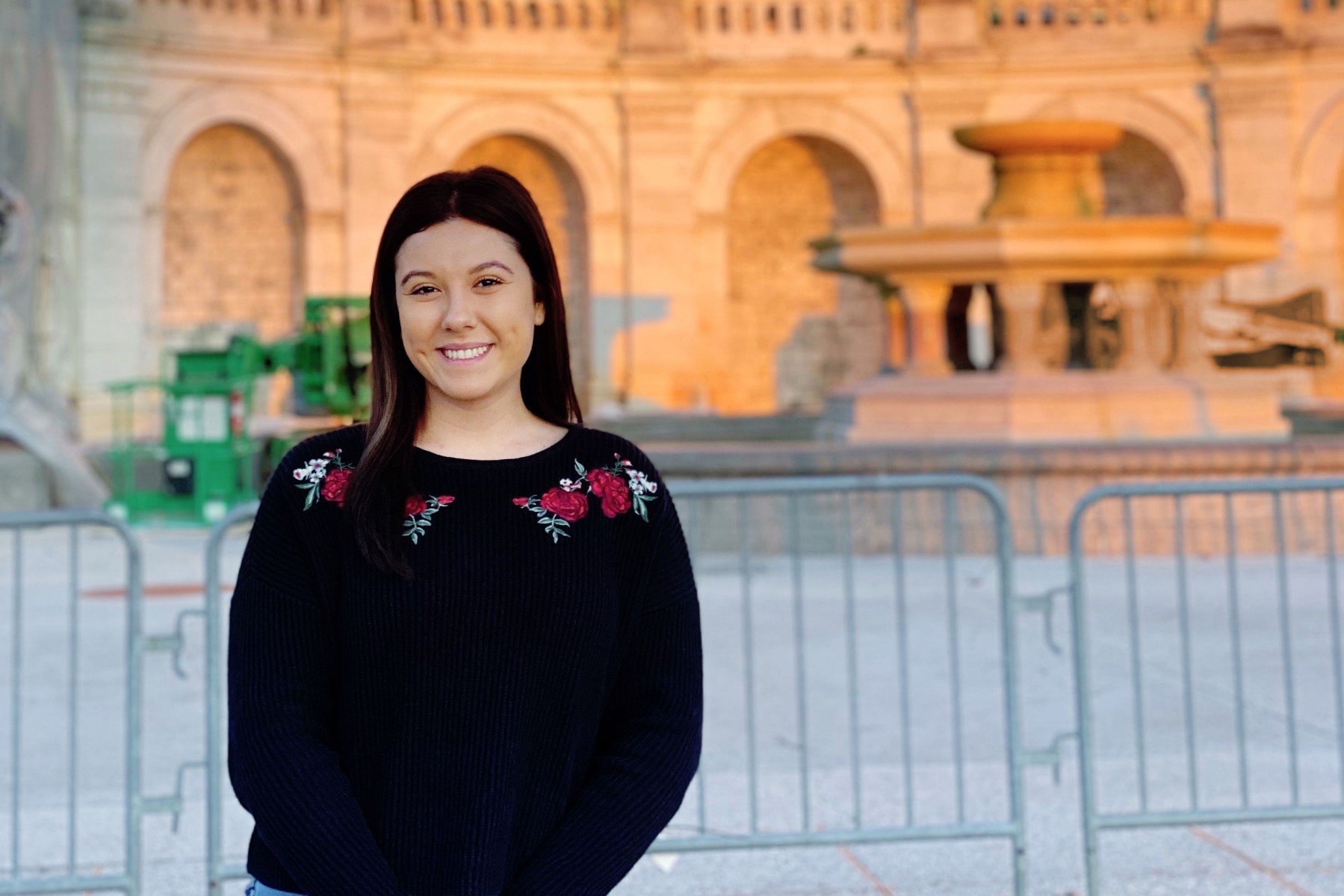 Lauren Loeb has been interested in political science ever since visiting Washington, D.C., for the first time as an eighth grader.

Loeb had an opportunity to return to Washington last fall, this time for a nearly three-month stint as a participant in the Panetta Institute Congressional Internship Program. It was an experience that affirmed Loeb’s desire to pursue a career in law or politics.

“I’ve had a pretty good idea of what I wanted to do for a while,” Loeb said. “But I think this experience just gave me the confidence to be able to know that it is something that I can achieve, and it also laid out the path that I think I need to take to get there.”

Loeb, who is majoring in political science with a minor in history, spent her first two years of college at Cal State San Marcos and was the university’s representative for the Panetta internship last fall. Though she transferred to Cal State Fullerton this spring to cut down on living expenses, she returned to CSUSM earlier this month to sit on the interview committee that will select a candidate for the program next fall.

Loeb was among 26 students who participated in the program, which annually selects one student from each California State University campus, Dominican University of California, Saint Mary’s College and Santa Clara University.

The internship began with a two-week prep period in Monterey at the Panetta Institute, which was founded in 1997 by former CIA Director and Secretary of Defense Leon Panetta and his wife, Sylvia. Then it was off to Washington for a 2½-month assignment working on Capitol Hill. The Panetta Institute covers all program costs, and interns receive 20 semester units. 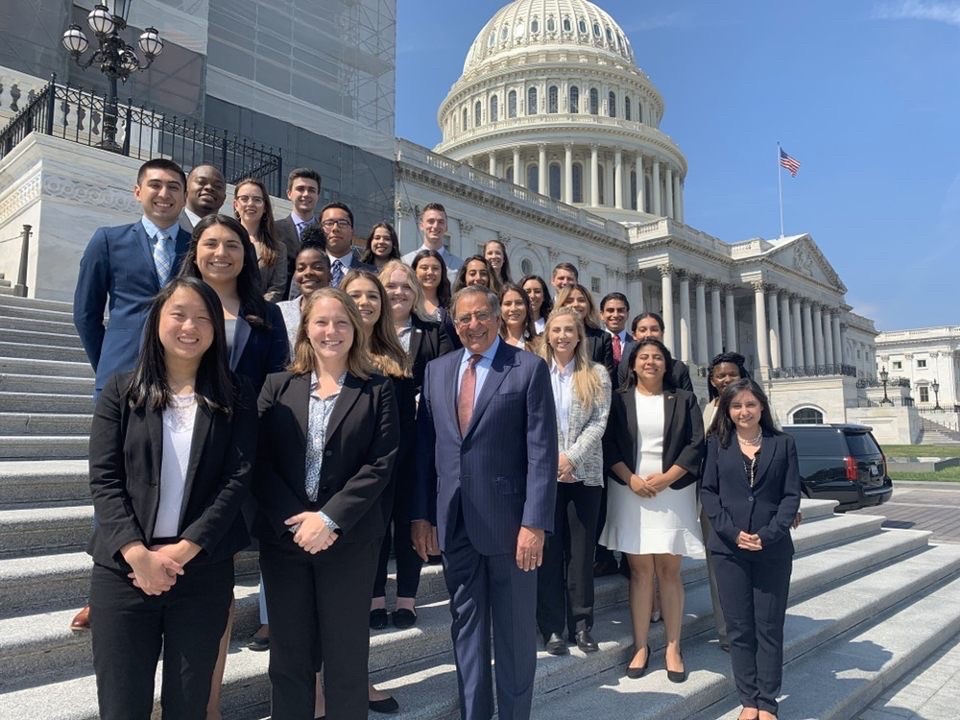 Loeb worked in the Washington office of Rep. Paul Cook, a Republican in California’s 8th District, which covers the eastern part of the state, including Mono and Inyo counties and much of San Bernardino County.

For Loeb, it was a unique opportunity to work for the congressman who represents her home district.

“It was cool getting to correspond with constituents from where I live,” said Loeb, who is from Highland, a small city near Redlands. “The 8th District is the largest district in California, so it’s really spread out. The population is very diverse and there’s a lot of different political views, so that was really cool to see. It was interesting to see that there’s just so many different ideas coming out of it.”

Loeb plans to attend law school after graduating in spring 2021. She also is eyeing work in politics, whether it’s running for office or assisting with a campaign. The Panetta internship experience only deepened her interest in pursuing both possibilities while also instilling the importance of listening to all perspectives.

“It just gives you insight into the fact that a lot of people feel certain ways because of things that have happened in their life,” she said. “So you kind of have to take a step back and try to put yourself in somebody else’s shoes, which has been really helpful for me. It’s made me become more understanding, and I think that will help me a ton down the road.”