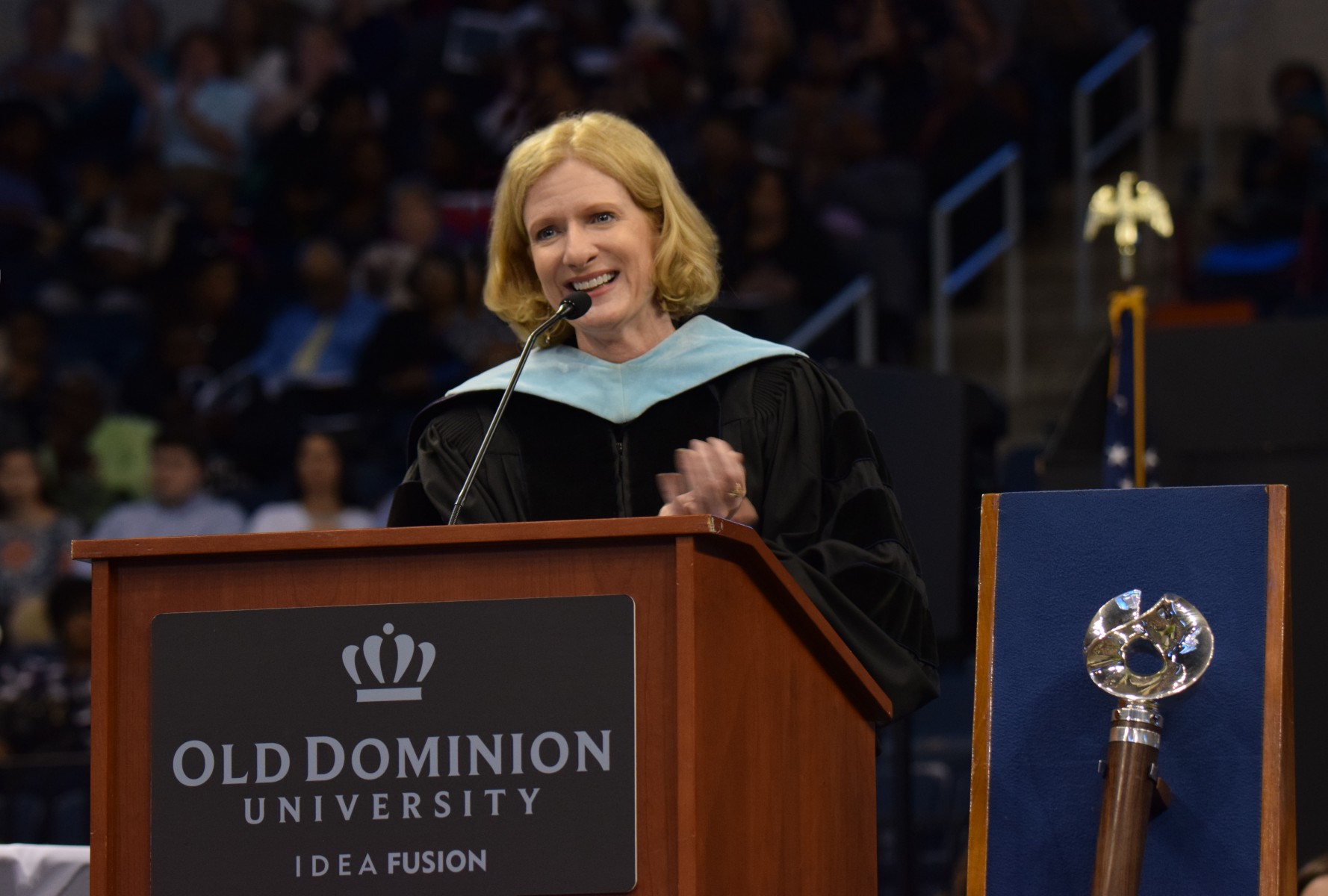 Ellen Neufeldt
The administrator from Old Dominion University in Norfolk, Va., has been named the fourth president of Cal State San Marcos.

Cal State San Marcos has identified the fourth president in the university’s history, and it’s someone whose educational values hew closely to those held dear by her predecessor.

The California State University Board of Trustees announced in March the appointment of Dr. Ellen J. Neufeldt as the new president of CSUSM. Neufeldt, who currently serves as vice president of student engagement and enrollment services for Old Dominion University in Norfolk, Va., will start at CSUSM in July.

She’s taking over for Dr. Karen Haynes, who announced last fall that she would be retiring in June. Haynes has led CSUSM since 2004, making her the longest-tenured president in the CSU system.

“It’s such an honor to have been selected the next president,” Neufeldt said. “There is such a positive trajectory to move forward from together and so much pride in what’s already happened in San Marcos. I’m thrilled to be someone who can lead the university on the next chapter of the journey.”

Neufeldt will see her new home up close and personal this week when she visits campus for the first time as incoming president. She will be at CSUSM on Thursday and Friday, and her visit will include a forum on Thursday at noon at The Sports Center that's open to the campus community.

Neufeldt said she was naturally drawn to the opening at CSUSM, mentioning that the “heart of my career” has been about student access and success as well as community engagement. Before her stint at Old Dominion, where she has worked since 2011, Neufeldt was vice president of student affairs at Salisbury University in Maryland and assistant vice chancellor for student development and dean of student life at the University of Tennessee at Chattanooga.

Like CSUSM, Old Dominion is a minority-serving institution that features a high population of first-generation and military-affiliated students. Last year, Neufeldt received the Melvene Draheim Hardee Award, which honors contributions to higher education, for leading the creation of a national center for social mobility that focuses on research in assisting low-income students with college access and degree attainment.

“The students, the goals and the focus of the San Marcos campus align so closely with my passions in my career,” Neufeldt said. “It was an opportunity I couldn’t pass up.”

Haynes applauded the selection of Neufeldt as her successor.

“Dr. Neufeldt is someone who I believe brings the trailblazing, community-engaged and innovative mindset that Cal State San Marcos is known for,” Haynes said. “I know that she admires, respects and supports what CSUSM has accomplished, with a vision for continued growth and opportunities ahead.”

Neufeldt was born in Michigan, but her family moved to Tennessee when her father accepted a job as a faculty member in the College of Education at Tennessee Tech University in the town of Cookeville, about 80 miles east of Nashville. She said she attended a preschool and elementary school connected to the campus and was greatly influenced by her father, an immigrant from Canada who was the first in his family to earn a college degree.

“Because of his persistence, I had opportunity,” she said. “I know firsthand the transformative power of a college education and the opportunities afforded to graduates. When I think about our first-generation college students, I know they’re not just changing their lives, but the lives of their family, future generations and entire communities.”