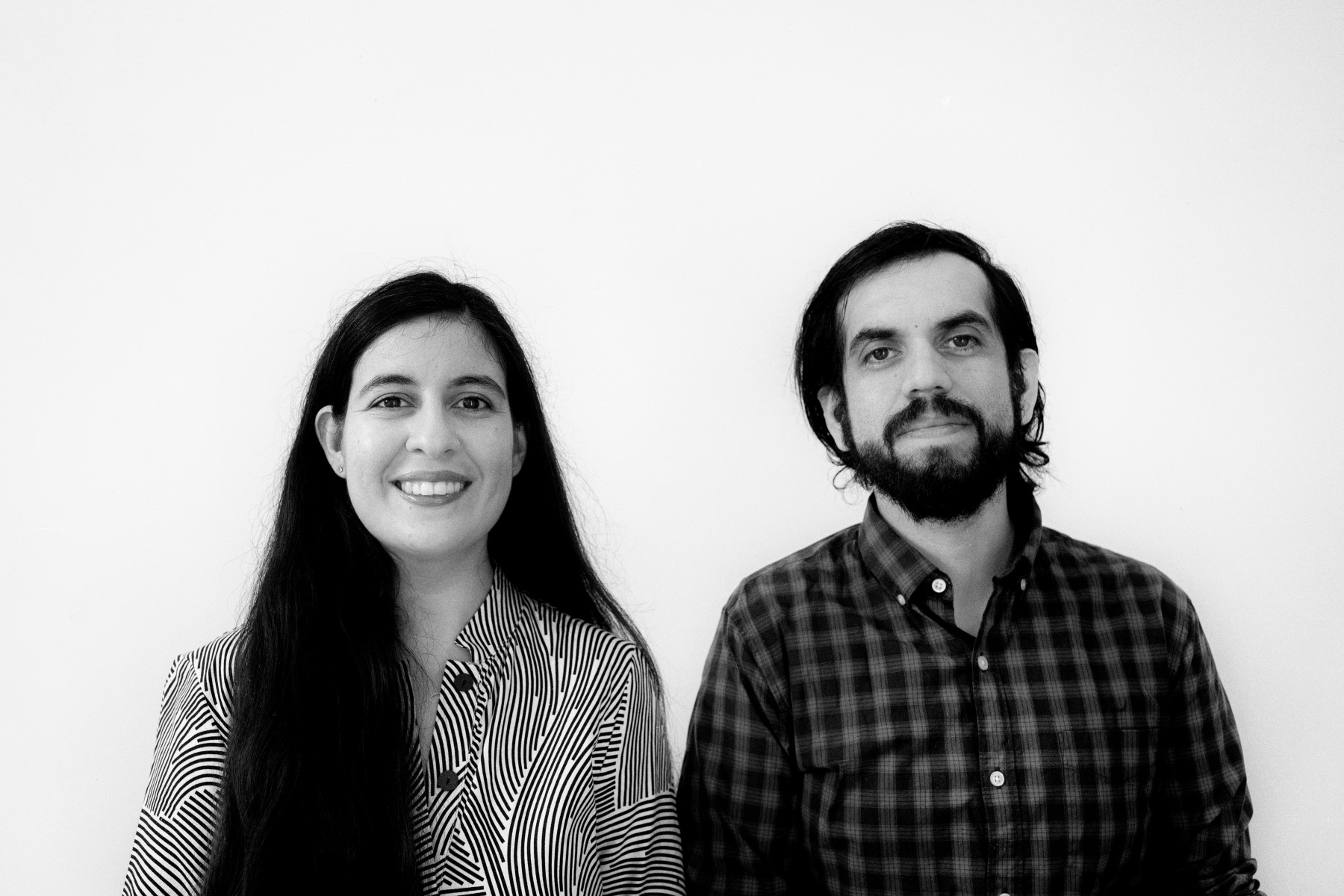 Misael Diaz, an assistant professor of Art, Media and Design at Cal State San Marcos, has been named a winner of one of the most prestigious awards that artists can receive in San Diego.

Diaz is one of four recipients of the 2022 San Diego Art Prize, an annual award that honors exceptional artistic expression in the San Diego cross-border region from Fallbrook to Ensenada, Mexico.

Diaz won the award as part of a collaboration, called Cog•nate  Collective, with Amy Sanchez Arteaga, a lecturer of art history at San Diego State. Cog•nate Collective is based in National City, and the artists work between Tijuana and Los Angeles.

“It's an honor to be recognized by my colleagues in the San Diego arts community and this year's curatorial selection committee alongside such a wonderful cohort of fellow artists,” Diaz said. “I am excited to participate in the SD Art Prize exhibition in September and look forward to welcoming CSUSM students and colleagues to this celebration of our San Diego/Tijuana trans-border region.”

The San Diego Art Prize winners were selected by a panel of four curators; three represent museums in the United States (the San Francisco Museum of Modern Art, the Whitney Museum in New York and the Frost Art Museum in Florida), and the fourth is an independent curator from Mexico City and Vienna.

Diaz’s artwork will be displayed alongside that of the other winners in an exhibition at the Central Library Art Gallery in downtown San Diego from Sept. 17 until Jan. 7.

Cog•nate Collective was recognized for its “outstanding creativity, dedication to their work and contributions to our region.” Formed in 2010, the collective creates interdisciplinary projects that often address issues of citizenship, migration, informal economies and popular culture, arguing for understanding the Southern border as a region that expands and contracts with the movement of people and objects.

The award has been given out since 1999 by LEAD California (formerly California Campus Compact), a statewide nonprofit membership organization supporting half a million university and college students, administrators, faculty, staff and community members.

Smarr, who has worked at CSUSM since 2019, was recognized for “her impact on service learning and community-campus partnerships throughout the San Marcos area.”

Biology student Amanda Frank is one of 11 recipients of a scholarship from the Aquarium of the Pacific as part of its African American Scholars program. Award winners were announced during the Long Beach-based aquarium’s annual African American Festival in late February.

Students were honored for demonstrating a commitment to studies related to careers in the aquarium field, including ocean education, animal husbandry, water quality, building maintenance or facilities, microbiology, and business management. Each scholarship recipient receives $10,000 and will be invited to the Aquarium of the Pacific to participate in conservation projects, meetings and other activities.

Two administrators from CSUSM were included by the San Diego Business Journal in its annual issue celebrating “Top 50 Black Leaders of Influence.”