Building a Program That Will Make A Difference 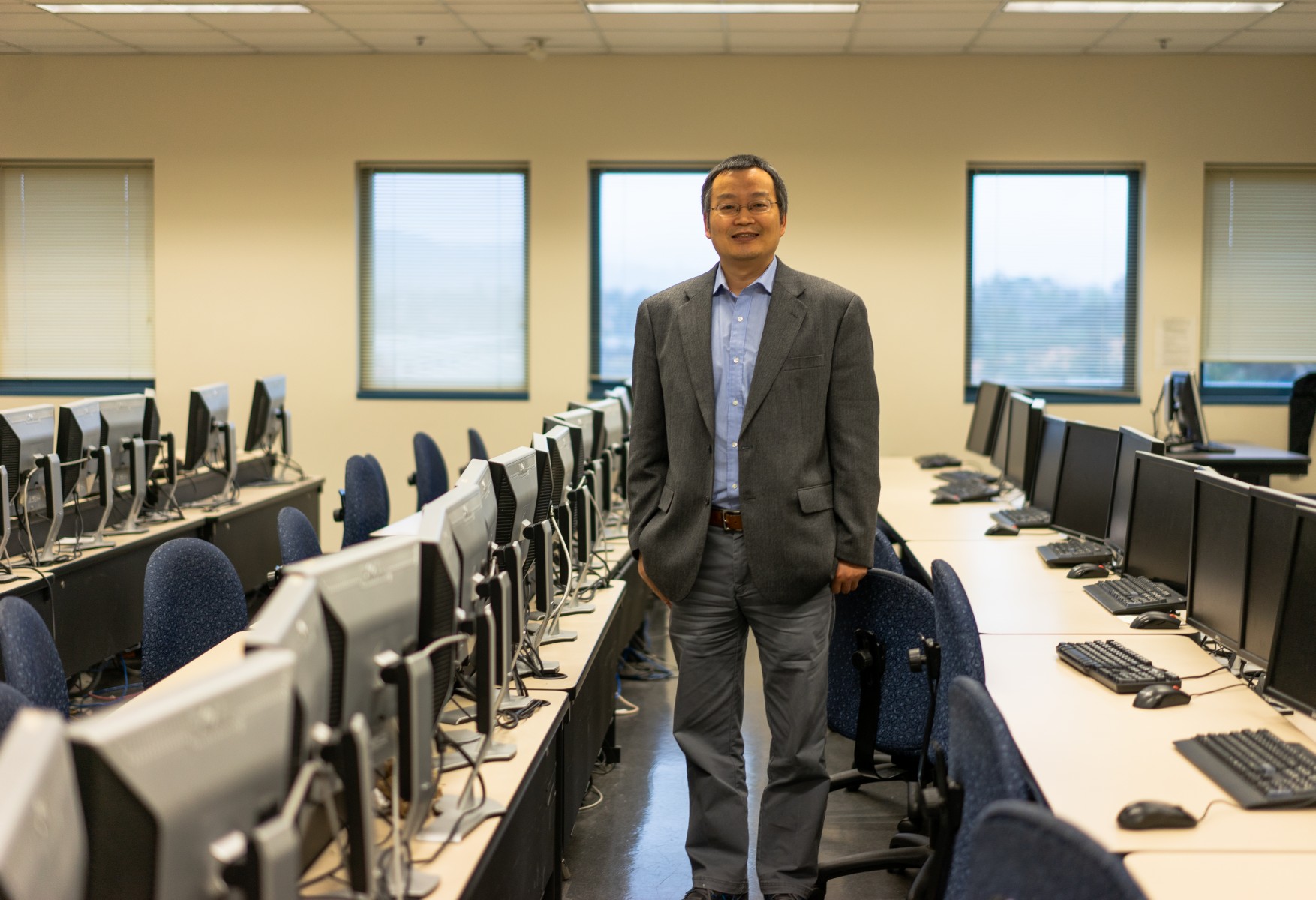 Fan is a driving force in developing curriculum for a program that currently has enrolled more than 40 students – with an additional 50 students set to enroll in fall of 2019. He has actively participated in a workshop series titled Empowering Engineers for Success where a team of faculty and mentors meet with students regularly to teach them to learn how to learn. He’s spearheading a software engineering club on campus. He has his sights set on starting a local Institute of Electrical and Electronics Engineers (IEEE) student branch, in which students can be exposed to cutting-edge technologies and professional networking opportunities.

“Our goal is to build a strong software engineering program in which our graduates will be well recognized by industry and academia,” Fan said.

CSUSM launched its engineering program thanks to a $6 million, Hispanic Serving Institutions STEM grant from the U.S. Department of Education, a $1.5 million donation from Carlsbad-based communications company Viasat and its employees, and a $100,000 gift from San Marcos-based Hunter Industries.

Fan is one of the program’s two founding faculty members, the other being Dr. Yongjie Zheng, and the program has been drawing growing interest from students at other universities and area community colleges. Its first graduates will earn their diplomas in the spring of 2021, at which time CSUSM will seek accreditation from the Accreditation Board for Engineering and Technology (ABET).

“It is very important to have our engineering programs ABET accredited, software engineering first, followed by electrical engineering,” Fan said. “It can not only help us to hold our education standards high, it will also help our students to establish their eligibility for many federal student loans, grants and/or scholarships.” 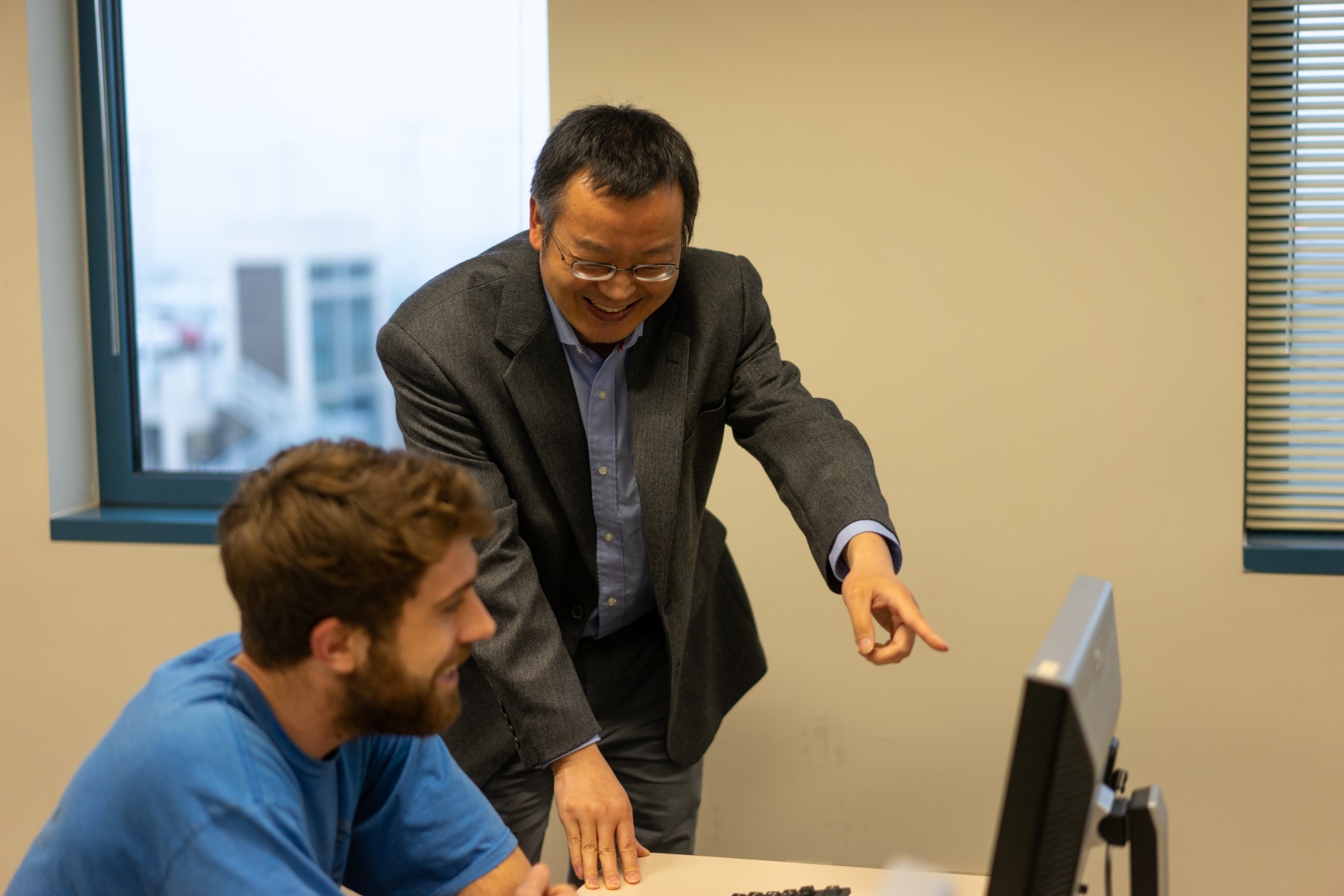 Born and raised in Nanyang, China, Fan earned his bachelor’s degree in computer science at Zhengzhou University when personal computers were coming of age. Apple shipped its first handheld computer, the Newton. Intel’s Pentium microprocessor hit the marketplace. But at Zhengzhou, resources were rather limited; the university had only a few computers – almost all of them IBMs – and student access was rationed.

“I love this discipline,” he said. “It encourages you to think about issues such as computability, scalability, and reusability. It’s simply fascinating.”

His fascination led him to earn a master’s degree in computer science in 1996 and a doctorate in software engineering three years later. With research interests that include employing artificial intelligence to build cognitively-inspired software, he has worked on several projects involving the Army Research Laboratory in developing advanced decision-making systems and has published numerous papers in prestigious journals and conferences. He played key roles in developing teamwork-ready agent architectures, such as CAST, R-CAST and SMMall, and he has served on the editorial board of the Journal of Applied Intelligence, as an associate editor for Intelligent Information Management, and on the technical program committee for many international conferences.

Fan says this is an exciting time for the software engineering industry.

“With the advances of cloud computing and the breakthroughs of artificial intelligence, the demand for high-quality software is ubiquitous and the demand for software engineers can never be overestimated,” he said.

“I came here because I wanted to challenge myself in creating something monumental that will have a significant impact in our region and on our industry,” Fan said.

Building a Program That Will Make A Difference