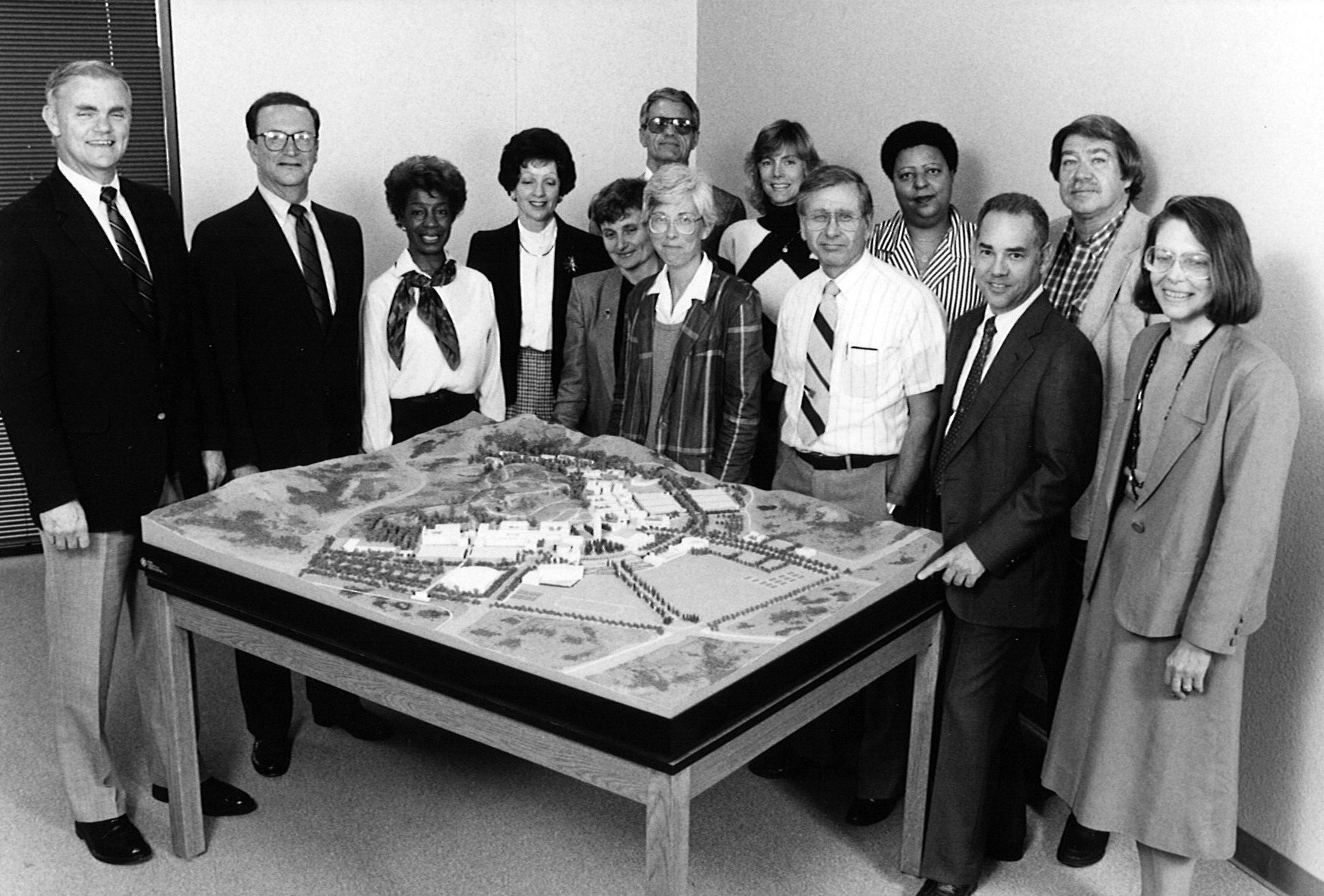 Founding faculty pose with the model of the CSUSM campus.

CSUSM’s founding ushered in an era of higher education in the United States, as no other comprehensive university had been founded in over two decades.

With a one-year timeline and an administrative budget of just $3.9 million, President Stacy began to lay the groundwork for the new university with 12 founding faculty.

In February 1990, construction of the new campus broke ground on the site of the former Prohoroff Poultry Farm – a chicken ranch. The property had been purchased two years earlier by the CSU Board of Trustees for $10.6 million.

In the fall of 1990, CSUSM welcomed its first class of 448 students at its temporary location in rented office space adjacent to Jerome’s Furniture in San Marcos, as construction of the permanent campus continued.

CSUSM broke ground in 1990 at the former site of the Prohoroff Poultry farm.
Senator Craven, Governor Deukmejian, Chancellor Reynolds and President Stacy at the signing of Senate Bill 365.
CSUSM was founded by 12 faculty members led by President Bill Stacy (third from the front right).
CSUSM's new campus would open in 1992 with its first three buildings: Craven Hall, Academic Hall and Science Hall I.
Prior to becoming a college campus, CSUSM was home to the Prohoroff Poultry Farm.