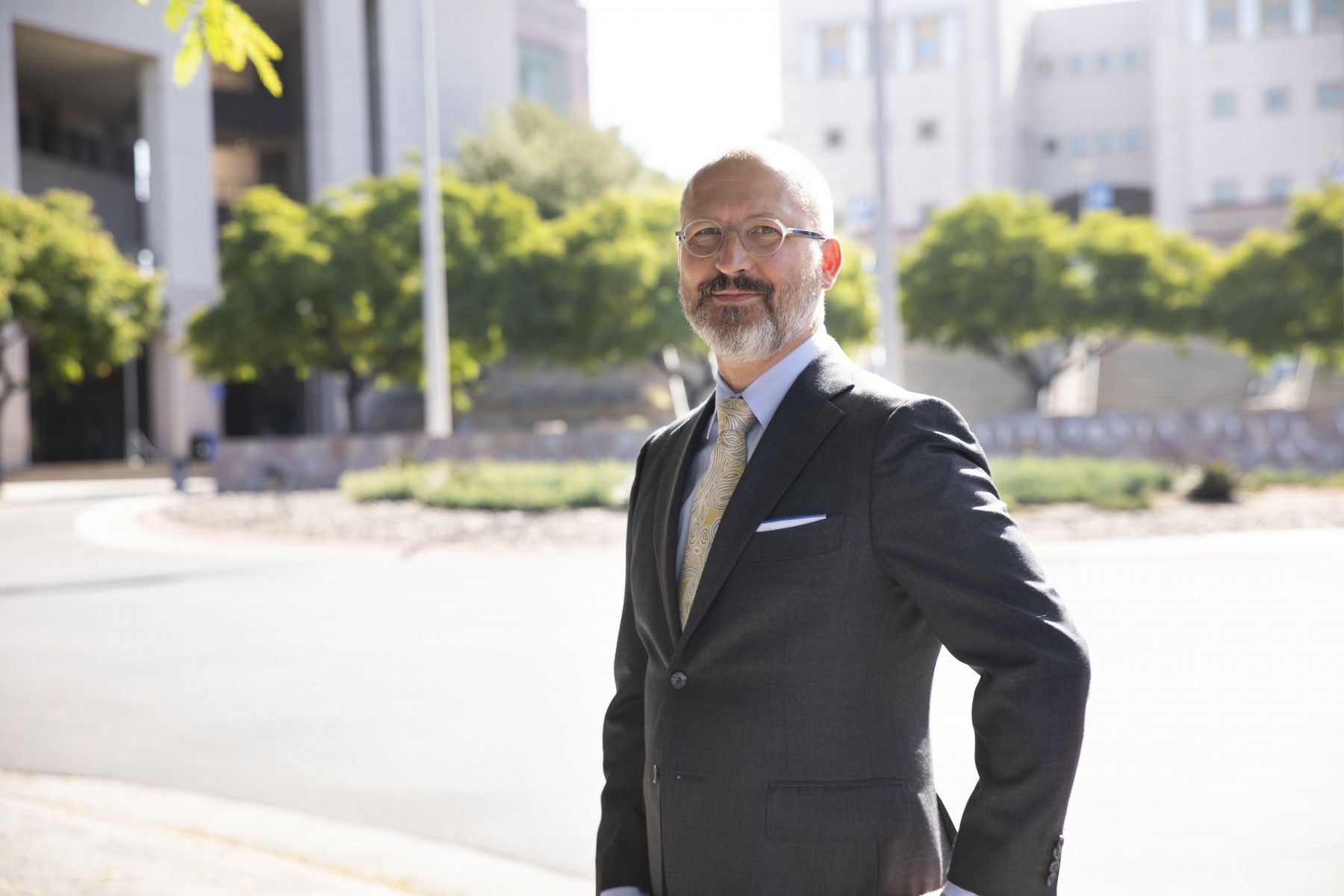 Carl Kemnitz began his tenure as CSUSM's provost and vice president of Academic Affairs on July 1. Photo by Andrew Reed

Carl Kemnitz spent the last five years at San Jose State, not only one of the largest schools in the California State University system but also the oldest.

When he became Cal State San Marcos’ provost and vice president of Academic Affairs on July 1, Kemnitz officially joined one of the youngest universities in the CSU. But that doesn’t mean Kemnitz isn’t familiar with relatively young, mid-sized universities.

“CSU Bakersfield was rapidly growing when I arrived there in 1998 as a young assistant professor,” Kemnitz said. “I still remember what it was like at that time as a growing mid-sized campus.”

More than 20 years later, Kemnitz finds himself at a university that is about the same age as Cal State Bakersfield was when he started there. And he brings to CSUSM the same dedication he has always had to ensure that every student has an opportunity to thrive.

“I was so pleased when I learned that Dr. Kemnitz accepted our offer to come to Cal State San Marcos,” said CSUSM President Ellen Neufeldt. “He is an accomplished academic leader with an unwavering commitment to student success and inclusive excellence – I’m thrilled to welcome such a dedicated advocate for our students, faculty and staff.”

Kemnitz spent nearly two decades at Cal State Bakersfield, where he also served as associate vice president for Academic Programs, dean of Undergraduate Studies and dean of Graduate Studies before becoming the deputy provost at San Jose State in 2015. His position was elevated to senior vice provost for Academic Affairs at San Jose State almost two years before he accepted the position at CSUSM.

The COVID-19 pandemic certainly made for unexpected challenges during the interview process – the interviews were conducted via Zoom and Kemnitz didn’t have an opportunity to visit campus in person – but the people who comprise the campus community made an immediate impression during the hiring process.

“I really got a sense of how special and talented CSUSM’s faculty and staff are, and that was a key motivator for me to come here,” said Kemnitz, who moved to San Marcos in mid-June with his wife and two sons and finally got to see campus in person for the first time. “It was just icing on the cake to find that it’s such a beautiful campus as well.”

Kemnitz said he is looking forward to supporting students, faculty and staff, and ensuring that the university continues its success, especially as it relates to students.

“I want to make sure that we’re talking about not just driving up retention and graduation rates, but also making sure that our students are successful when they leave with a degree,” he said. “We want to help them be successful in their lives as a whole – as citizens and in their professions.

“I think of myself as wanting to instill a broad and holistic definition of student success that involves engagement of the whole student, including engagement in the classroom. And that's more challenging now than it ever has been because of the virtual environment.”

Kemnitz knows those challenges also will include budget and economic uncertainty, and he noted the importance of transparency around decision-making and budget allocations. It also will be critical, he said, to continue thinking strategically about how CSUSM grows during this time so that it can continue to meet the needs of the region.

“We're well poised to do all of that,” he said. “We would miss out on a great opportunity if we fail to take on that strategic approach and just go with the tactical, ‘How do I get through this year and next year.’ It's important that we keep our eyes focused on the horizon and our next 30 years.

“Our student-centered philosophy, dedication to inclusive excellence and passion for serving our region are all reasons to be excited for what’s to come. CSUSM is the future of higher education, and I am so pleased to be part of sharing that mission.”