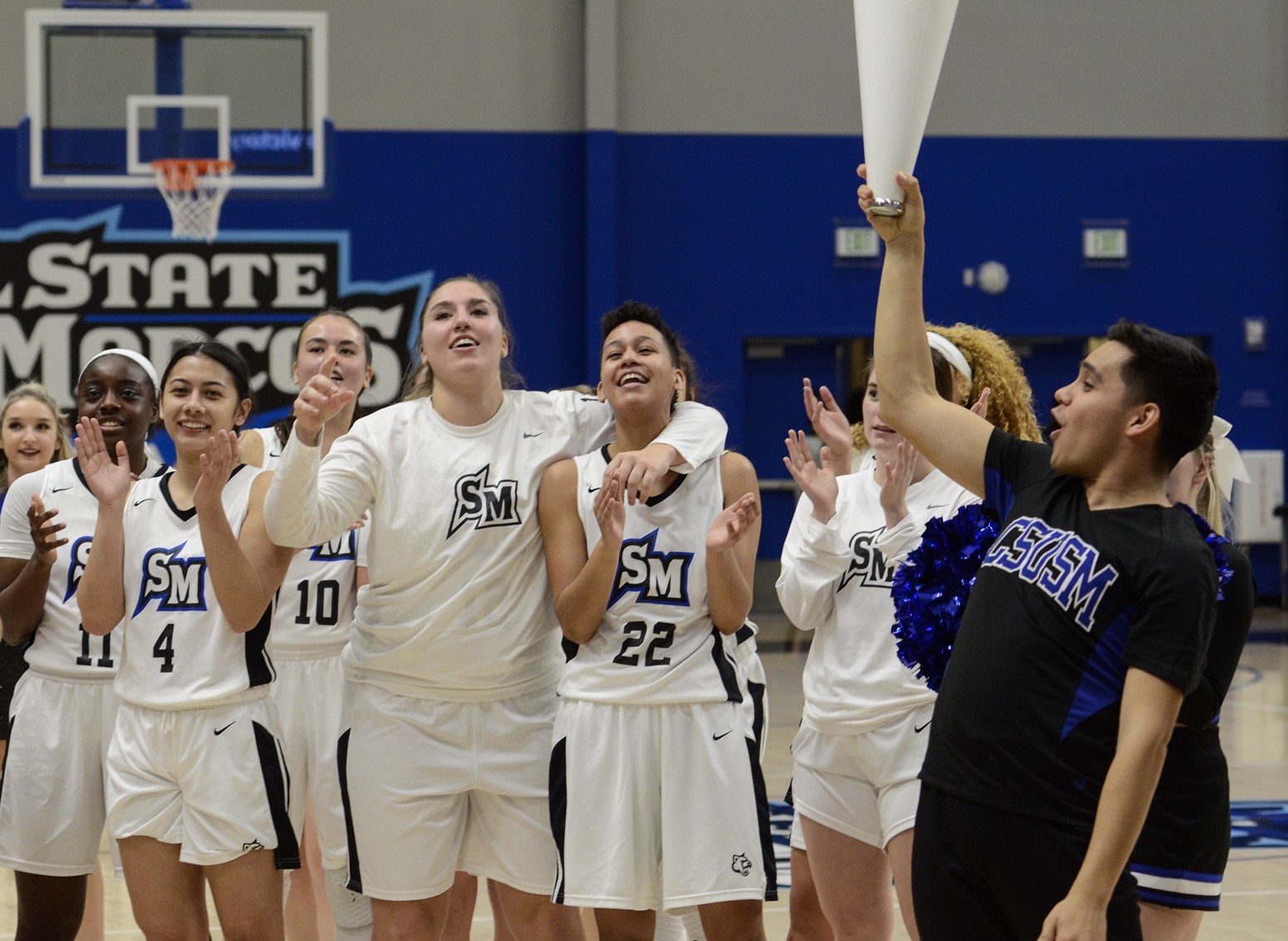 CSUSM women's basketball players celebrate after a 65-51 victory over Sonoma State in the quarterfinals of the California Collegiate Athletic Association Tournament at The Sports Center on Tuesday night.

As a result, two donors are ensuring that CSUSM students are big winners off the court.

CSUSM rolled to a 65-51 victory over Sonoma State in the quarterfinals of the California Collegiate Athletic Association (CCAA) Tournament at The Sports Center. The Cougars, seeded No. 1 in the eight-team tournament, advance to the semifinals at UC San Diego’s RIMAC Arena where they will face fifth-seeded Cal State East Bay at 8 p.m. on Friday.

Kreider is a director on CSUSM’s Foundation Board, which consists of community leaders who guide, advise and support the university on strategic plans for growth. Lansing is an adviser for the College of Business Administration’s Senior Experience program and a member of the college’s advisory board.

It has been a historic season for the women’s basketball team. At 24-4, the Cougars have set a program record for victories in a season and Tuesday’s victory extended their winning streak to a program-best 10 games.

"I think we're playing our best basketball in March," Cougars coach Renee Jimenez said. "I'm really excited for this group moving forward. I think they can make a nice run down the stretch here."

The winner of Friday’s game between CSUSM and Cal State East Bay will play the winner of the other semifinal (No. 6 Stanislaus State vs. No. 2 UCSD at 5:30 p.m. Friday) in the CCAA Tournament finals at 8 p.m. Saturday at RIMAC Arena. The winner of the tournament will earn the CCAA’s automatic bid into the eight-team NCAA Division II West Regional being played March 13-16.

The CCAA Tournament semifinals and finals can also be viewed for free on ESPN3. 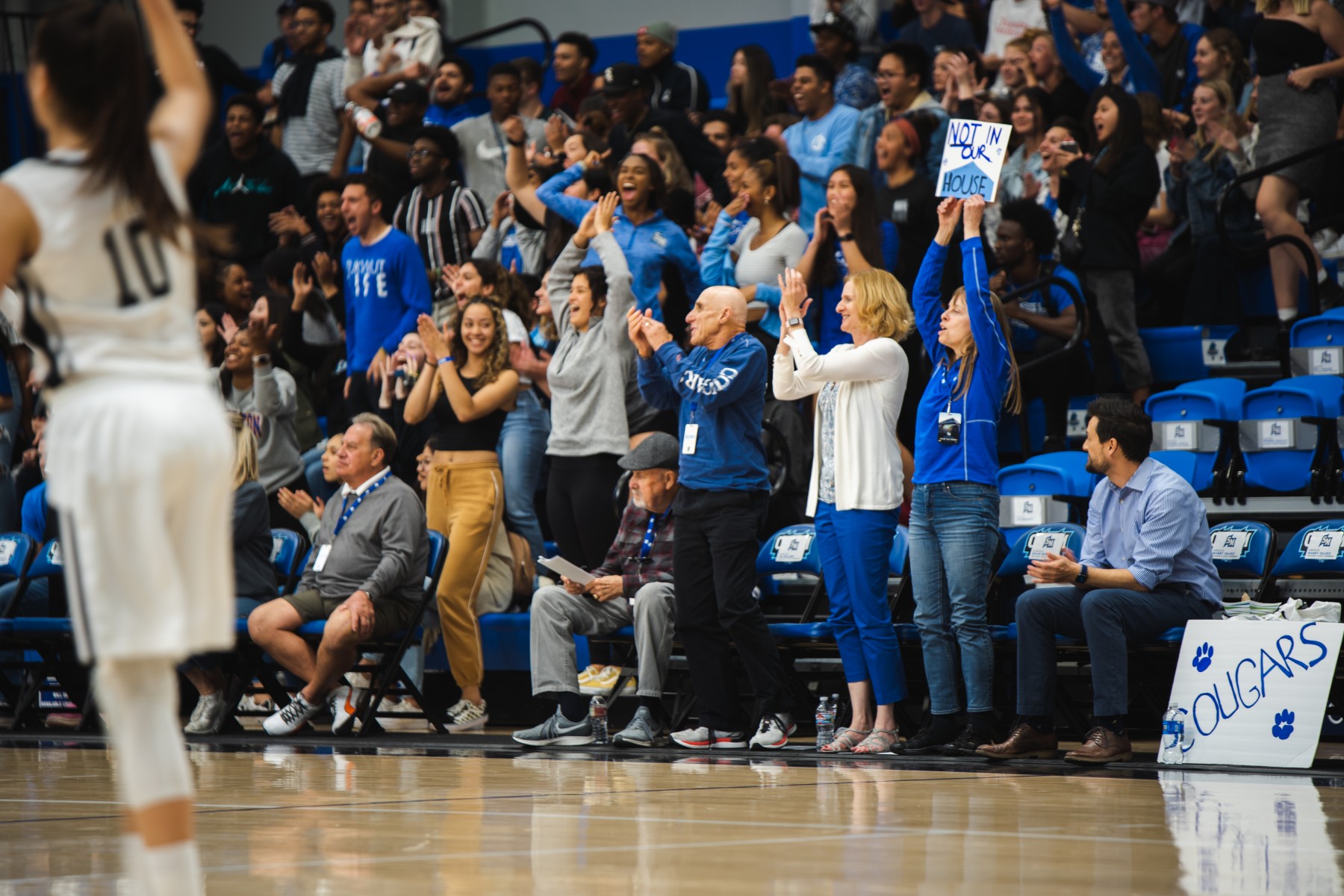 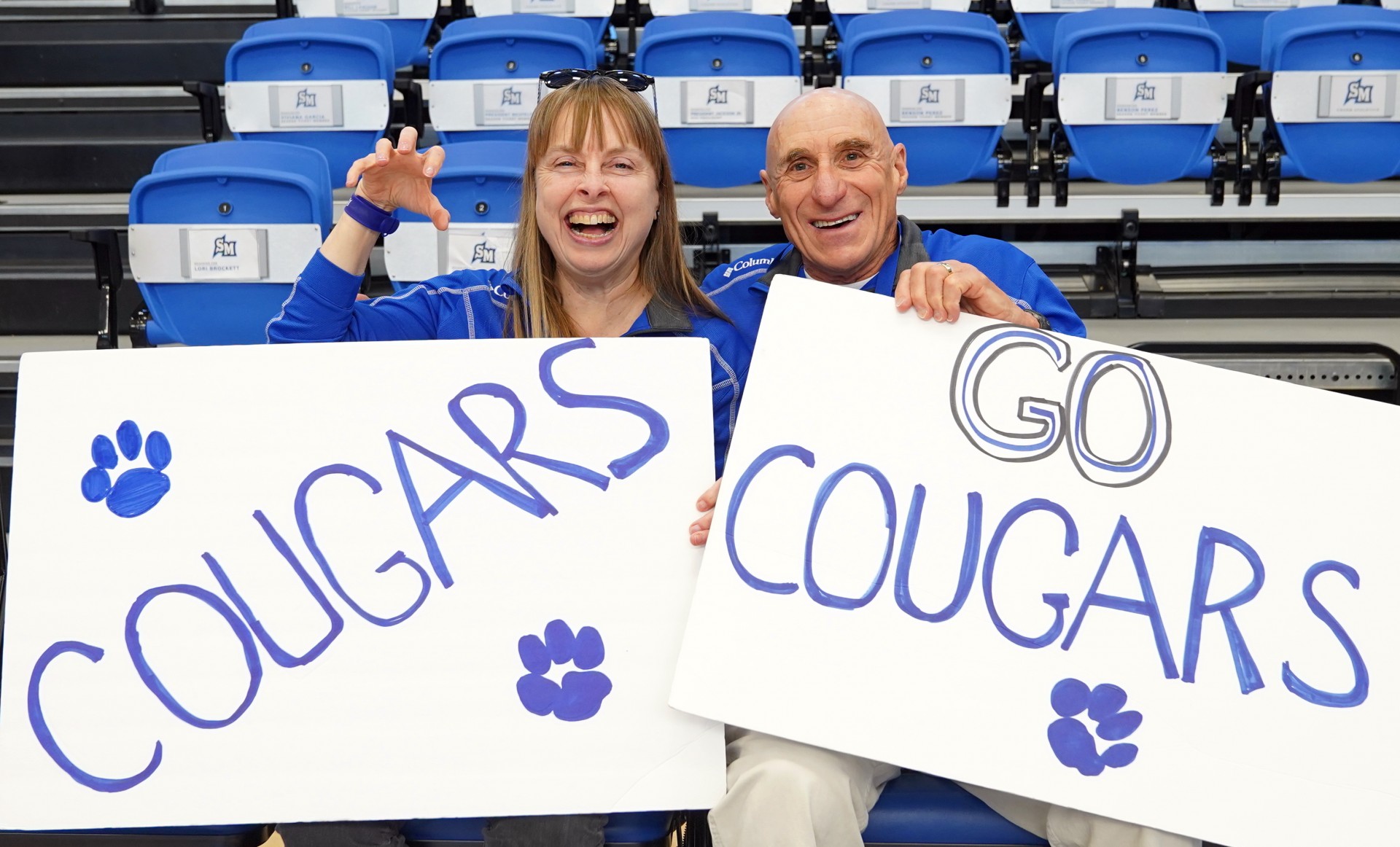 When he transferred to Cal State San Marcos from Grossmont College in August, John W. Edwards III had no idea what service learning was.Even when he was exposed to the concept early in his EDUC 364 course, he understood it mainly as a 20-hour …
Read more

Sally Ride inspired a generation and beyond to pursue one’s dreams no matter the obstacles.The first American woman and youngest American in space, Ride made her journey into history on June 18, 1983 as a crew member aboard the space …
Read more
NewsCenter