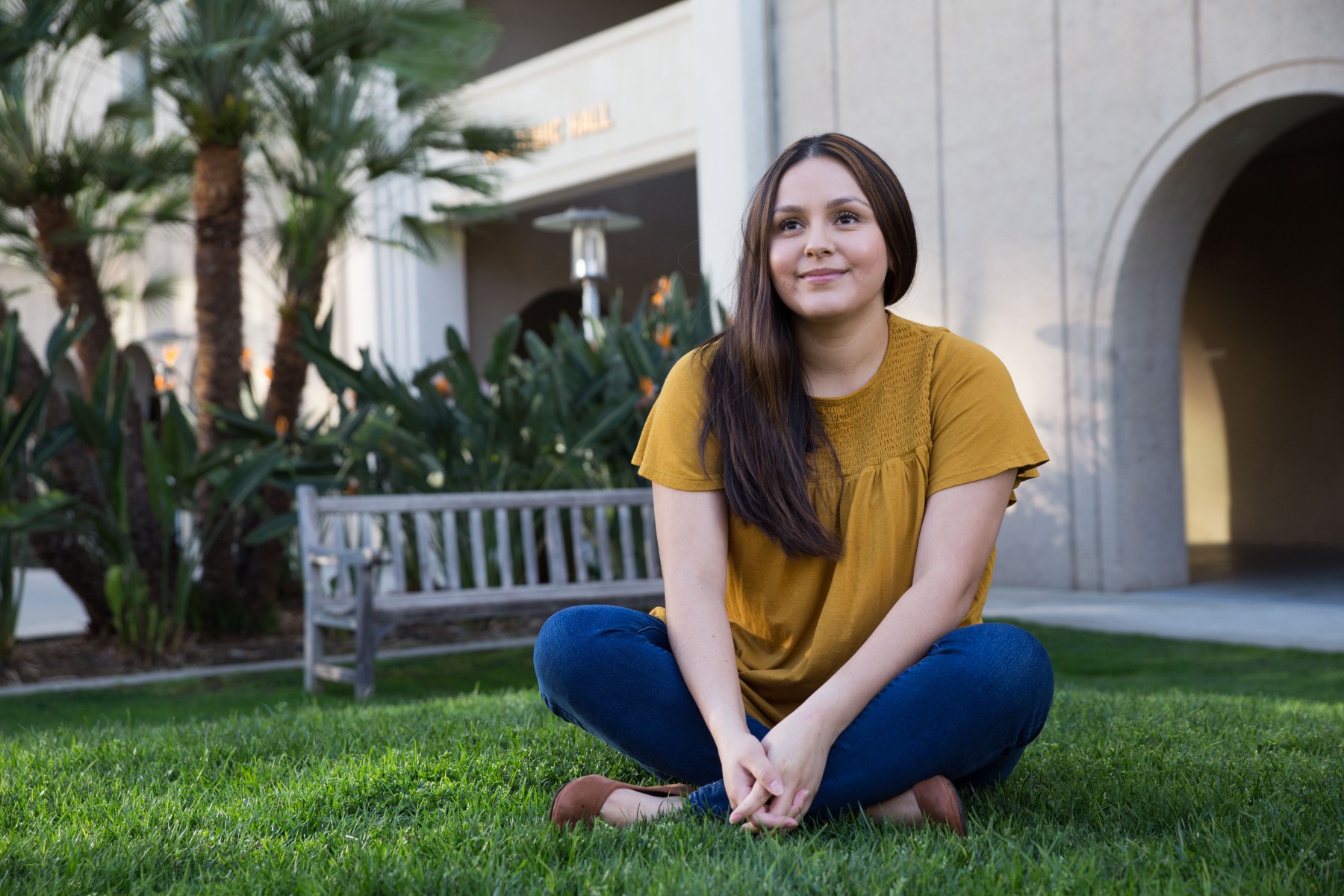 Erika Martinez
A recent CSUSM graduate, Erika Martinez credits University counselors for helping her deal with depression brought on by the challenges of dealing with her father, who has battled substance abuse issues much of his life. Erika will begin the Master of Social Work program at CSUSM this fall. Photo by Andrew Reed

Erika Martinez had been through these kinds of nights before. Her father high or drunk, throwing whatever he could get his hands on, waking up the neighbors in the middle of the night with his yelling.

But something changed for Erika on this particular August night in 2016.

Her father was having another episode and Erika just wanted to get some sleep. She had a test the next morning. Her alarm would be sounding at 4 a.m. so she could get ready and leave her parents’ Chula Vista home in time to get to Cal State San Marcos by 7. Her pleas to her father to just go to bed went unheeded.

Erika started crying as her dad flung items from the kitchen around the house. Reaching her breaking point, Erika finally said, “I’m doing this because I love you.”

First, she called the police. Then she left … for good.

‘It wasn’t him anymore’

Erika was in high school when she realized her father’s problems went beyond alcohol. She began asking herself questions that no teenager wants to ask about one of their parents.

Why is my dad acting so weird?

Why is he trying to take his own life?

“Can you imagine being in high school and seeing your dad threatening you that he’s going to take his own life?” Erika said. “It’s still hard to think, ‘Damn, my dad was crazy. Why did he try to cut his veins in front of us?’ It wasn’t him anymore.”

Erika’s father had a difficult upbringing in Tijuana. The seventh of 12 children, his family struggled financially and his education ended in middle school.

As Erika would learn later, her father battled substance abuse for most of his life. He got clean when he married Erika’s mother, but about eight years ago Erika’s paternal grandparents died within a year of one another.

“He relapsed when my grandparents passed, and he relapsed hard,” said Erika, who earned her bachelor’s in human development from CSUSM in December.

By her senior year of high school, Erika could recite a long list of the special events her father missed, from dance performances to her high school graduation. When Erika was part of the homecoming court as a high school senior, the school encouraged girls to have their fathers walk them down for the ceremony. Erika’s father refused to attend, leaving her younger brother to stand in for him.

Erika’s brother and older sister helped manage the chaos at home while she was in high school and during her time at Southwestern College. But about the time that Erika transferred to CSUSM in 2014, her sister moved out and soon had a family of her own. He brother wasn’t far behind, joining the Air Force in 2015.

In many ways, Erika’s siblings were like surrogate parents. Between her dad’s erratic behavior and her mom trying to deal with the tumult, her siblings leaned on each other for emotional support. So when they moved out, a difficult situation soon became intolerable.

“It was just me with both of my parents and their issues,” she said. “It was a lot to handle.”

“My situation wasn’t as extreme as other people I’ve met on campus, but it was extreme to me because I didn’t realize it was going to affect everything around me.”

Sometimes Erika would stay out late to avoid going home. When she did go home it was usually to a familiar scene.

Erika finally had enough on that August night in 2016, just a week after her 22nd birthday.

After calling the police, she packed up her belongings. Previously, any time she thought about leaving it was immediately followed by a reality check. Where would she go? How could she afford it? She thought about seeing if any of her friends wanted to share an apartment, but she couldn’t bear the thought of telling them why she needed to move.

Erika’s longtime boyfriend, Raul Diaz, a CSUSM kinesiology student, was the only person who knew everything that was happening. Raul tried repeatedly to convince her to live at his parents’ house, but she was too embarrassed by her situation to do it.

Though Erika didn’t have a plan, she knew she couldn’t stay at her parents’ house for another night.

So she grabbed her things and asked her mom to come with her.

“She got scared,” Erika said. “She wanted to know where I was going and why I was leaving her. She started crying. I said, ‘I’m not leaving you. I just can’t do this anymore.’ ”

Erika ended up at her sister’s house. What she thought would be a couple of weeks sleeping on her sister’s couch turned into five months. At the same time, she was juggling three jobs, attending school full time and contending with a miserable commute from Chula Vista to San Marcos.

“My situation wasn’t as extreme as other people I’ve met on campus, but it was extreme to me because I didn’t realize it was going to affect everything around me,” Erika said. “It affected my self-esteem, it affected my interaction with other people. I was embarrassed and ashamed.” 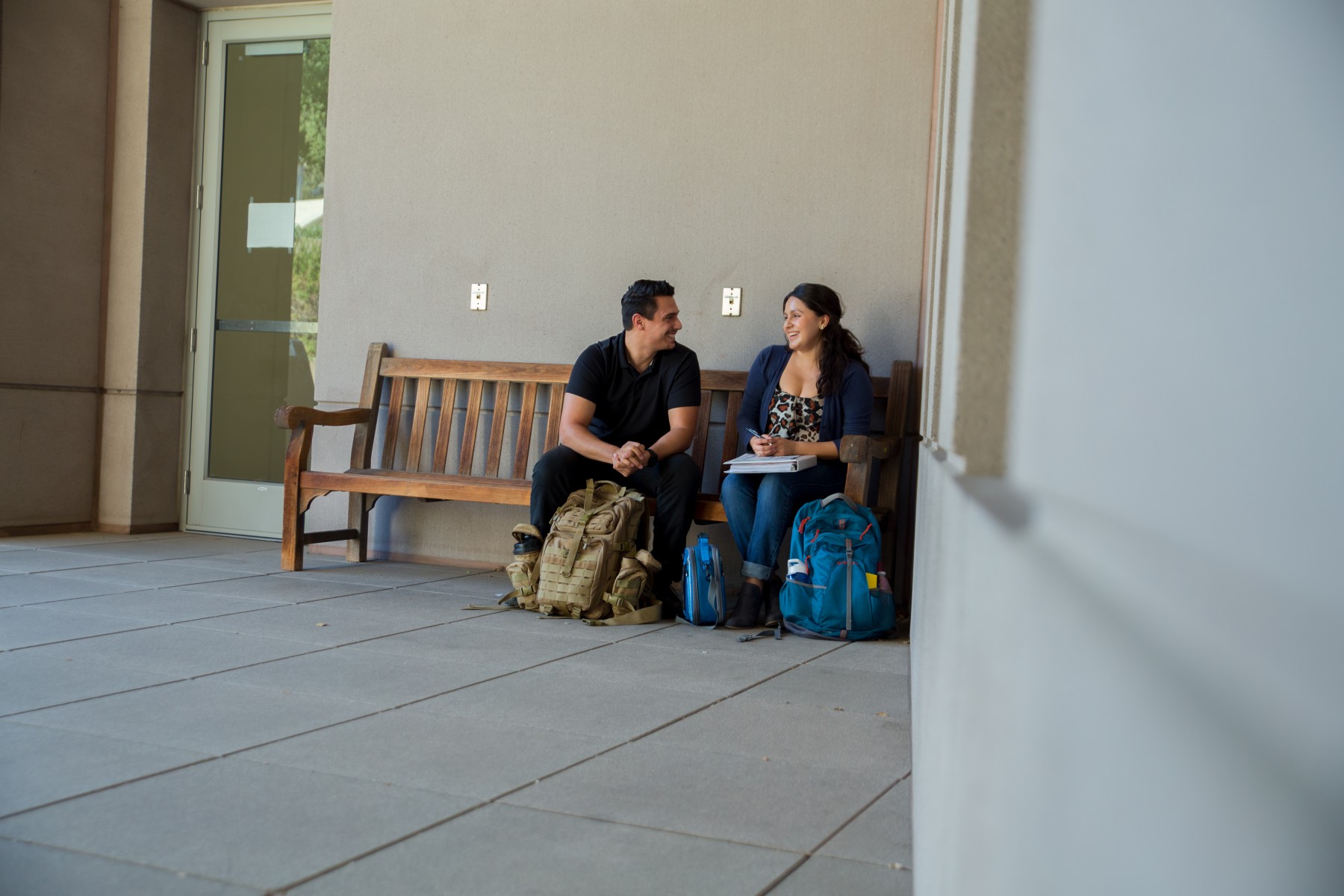 Erika Martinez
With encouragement from her boyfriend Raul Diaz (left) and a counselor, Erika Martinez reached out to her father about five months ago to work on repairing their relationship. Photo by Christine Vaughan

Erika participates in CSUSM’s TRIO Student Support Services program, which assists first-generation, low-income and/or students with disabilities toward the successful completion of their college degree, and she reached out to counselors to help her deal with her depression. When she said that she was considering dropping out for a semester to focus on her family and helping her parents, she received a wake-up call.

“My counselor advised against that, saying, ‘You’ve tried helping him and he doesn’t want it,’ ” Erika said. “It was hard to hear, but it became clear to me that I needed to help myself before I could help my dad.”

Erika started by having a difficult conversation with her mom. No longer would Erika participate in daily phone calls in which her mom pleaded with Erika to move back home, calls that always ended with her mom crying and Erika feeling guilty.

With help from counselors, Erika learned the importance of opening up about her challenges and tribulations.

“Erika is an admirable young woman who has worked hard to put herself through school,” said Perla Rivas, a counselor for TRIO Student Support Services. “Her success is especially inspiring when you recognize that she has had to overcome financial, family and emotional hardships. I have been most impressed with Erika’s remarkable resilience.

“One of the things I admire most about Erika – and there are many – is her willingness to serve as a role model. By setting an outstanding example, she has been extremely influential in establishing and maintaining an enthusiastic attitude and a strong work ethic among TRIO SSS students.”

Last June, Erika and Raul got an apartment of their own in San Marcos. With encouragement from Raul and a counselor, Erika reached out to her father about five months ago.

It started with a text.

I still love you. I still want to help you. I’m bettering my life so I can help you in the future.

“I wanted him to understand that I still need him in my life, regardless of everything,” Erika said.

The text turned into a phone call and, eventually, into seeing each other in person. Now, her father tries to visit her in San Marcos every other week. They’ll pick up some takeout for dinner and watch a movie together.

Erika knows her dad is still wracked with guilt over how she left. He tells her she is welcome to move back so she can save money. Erika politely declines. She assures him that she and Raul are doing well, that she’s grown by being away from home.

“After everything that has happened thus far in my 24 years I feel like I can do anything now,” she said. “I just feel that much more motivated to continue on with my education.” 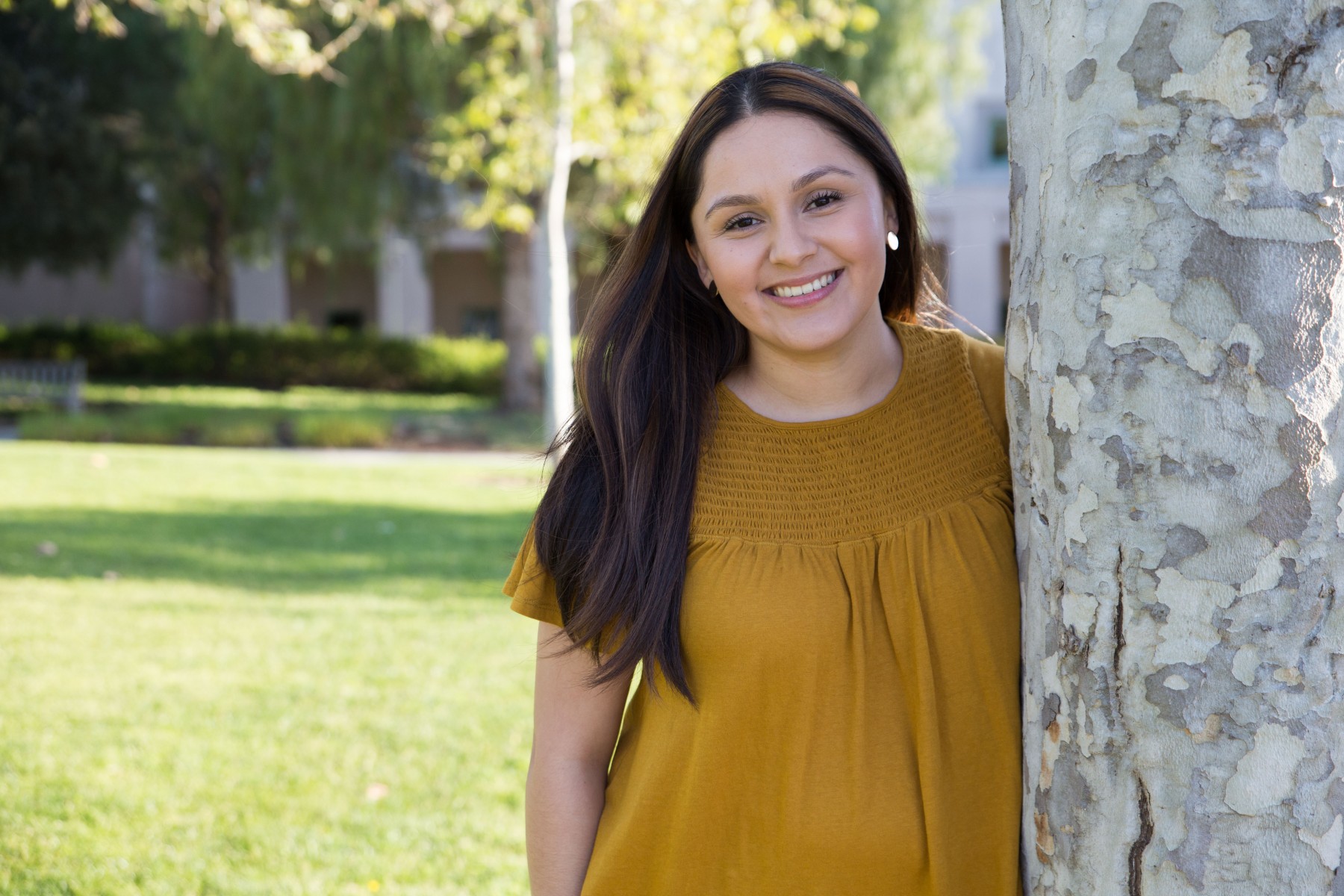 Erika Martinez
A recent CSUSM graduate, Erika Martinez credits University counselors for helping her deal with depression brought on by the challenges of dealing with her father, who has battled substance abuse issues much of his life. Erika will begin the Master of Social Work program at CSUSM this fall. Photo by Andrew Reed

In December, Erika became the first person in her immediate family – and the first woman in her entire family – to earn a college degree. She is looking forward to crossing the commencement stage in May to shake President Karen Haynes’ hand. Her mother and siblings will be there, but she doesn’t know if her dad will attend. While hopeful, she also knows he takes things day-to-day and there’s no way for her to know until the day of the ceremony.

Erika will be back on campus this fall to begin CSUSM’s Master of Social Work program. She wants to become a clinical therapist and work with children and families who are dealing with addiction and other distressing events, a career path inspired by her own experiences.

“Out of a bad situation my dad gave me purpose,” she said. “Now that we talk more, he sees everything I’ve accomplished and he’s proud of me. It means a lot. It’s not easy for him. He knows my career path and he asks, ‘Are you doing this because of me?’

“He’ll ask questions like, ‘Why do you think I’m this way? Why do you think that my brain works the way it does?’ To me, that’s his way of being interested in my career and wanting to know about what motivates me and what keeps me going in school. And I’m very honest with him. I tell him, ‘In a lot of ways you helped navigate where I was going. Thank you for that. You hurt me a lot, but at the same time you helped me get to where I am.’ ”

Erika’s dad has been seeking help. Erika urges him to be honest, to take his medications and attend his therapy appointments. She wants to ensure that they avoid taking any steps backward in their relationship.

Erika and her siblings are working to make their father more accountable as they continue to rebuild trust in him. Erika knows it’s difficult for her dad. While they have made strides in their relationship, there are still moments of awkwardness.

And in those moments, Erika simply gives him a hug and says, “It’s OK.”