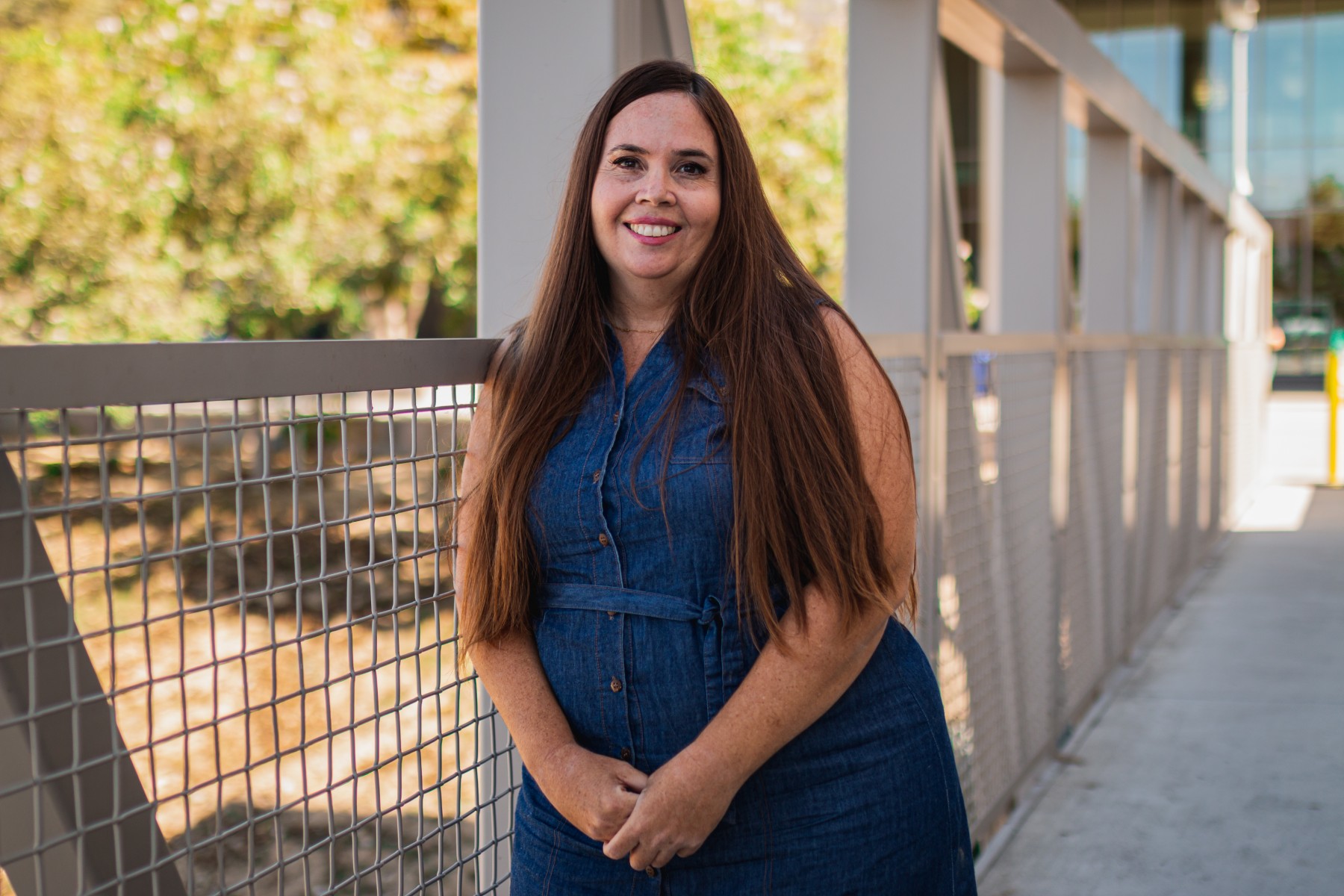 Monique Falucho has taken on a leadership role, both on campus and nationally, in the Golden Key International Honour Society. Photo by Long Truong

Like many college students, Monique Falucho had never heard of the Golden Key International Honour Society when she came to Cal State San Marcos.

Now she can hardly imagine her collegiate life without it.

Already the president of the campus chapter of the honor society, Monique added a second, higher level of leadership when she was elected to the Golden Key Council of Student Leaders in June.

“You really have to experience it to get how powerful it is,” Monique said.

Founded in 1977 by a group of undergraduate students and faculty members at Georgia State University in Atlanta, Golden Key now bills itself as the world’s largest collegiate honor society. It features more than 400 chapters at colleges and universities around the world and more than 2 million members, including honoraries such as Bill Clinton, Desmond Tutu and Elie Wiesel.

Membership in the society is by invitation only and applies to the top 15% of sophomores, juniors and seniors, as well as top-performing graduate students in all fields of study, based solely on their academic achievements. Membership begins with the recognition of academic excellence, but Golden Key is built on two other pillars that are depicted on its seal: leadership and service.

Monique saw all three in action last summer, when she received a scholarship to attend Golden Key’s 2019 leadership summit in Houston. Over three days, she met fellow students from around the world, networked, and participated in a service project through the nonprofit Volunteer Houston.

“I connected with an international community and was able to engage with other people who are academically minded but also are so diverse and have many ideas from around the world,” Monique said. “What I love about Golden Key is that there’s no traditional student. It’s a diverse group, and that has inspired me.” 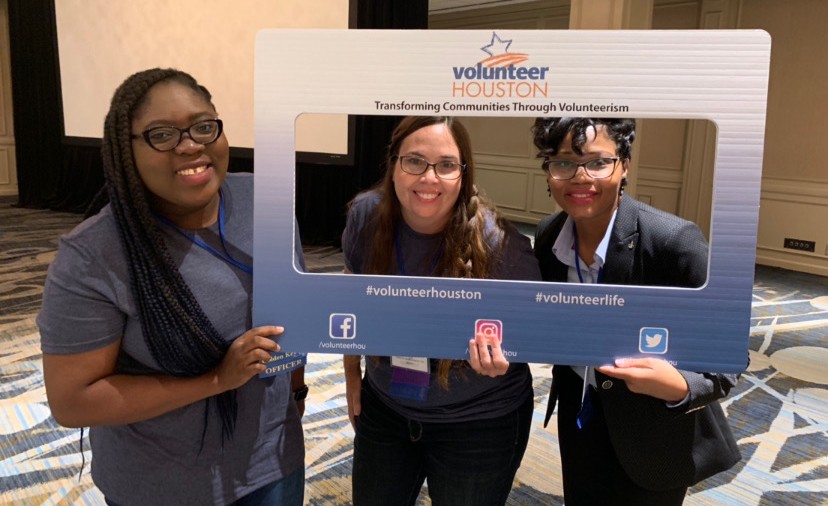 Monique Falucho (center) did a community service project and meet students from around the world during a Golden Key leadership summit in Houston over the summer.

Monique herself is a nontraditional student, a mother of five and an Army veteran who has returned to college with the goal of becoming an elementary school teacher (she’s majoring in child and adolescent development and is on track to graduate in fall 2020). She started at CSUSM in fall 2017 and by the next semester had received an invitation to join Golden Key.

The honor society has existed on campus since 2007 and has grown to include dozens of honorary members, including many administrators and faculty. But the student membership has lagged in recent years, and Monique has taken it upon herself to build the numbers back up. She’s orchestrating a membership drive leading up to the induction ceremony in November.

“I’m always open to hearing what students would like to see in Golden Key,” she said. “Whether it’s your first time in leadership or you have experience, we could use you. Bring what you’re passionate about, and we can collectively define the role we have in the campus and community.”

Monique’s work with Golden Key both on campus and nationally has not gone unnoticed. Gail Cole-Avent, the associate vice president for Student Life at CSUSM who serves on Golden Key’s board of directors and has been involved with the organization in different capacities for about 15 years, met Monique at the leadership summit in July and came away impressed.

“In the two days that I interacted with her in Houston, I saw an evolution from observer to fully engaged,” Cole-Avent said. “She initially joined to put it on her résumé, but I’m sure if you were to ask her now, she would say something different. Within a short period of time, she became a chapter president, an international leader, and has expanded her network exponentially.

“For a prospective member or new member, I would say that membership in Golden Key is what you make it. It’s easy to join and put your membership status on a résumé. However, if you truly take advantage of what is available locally and internationally, you’ll gain even more.”