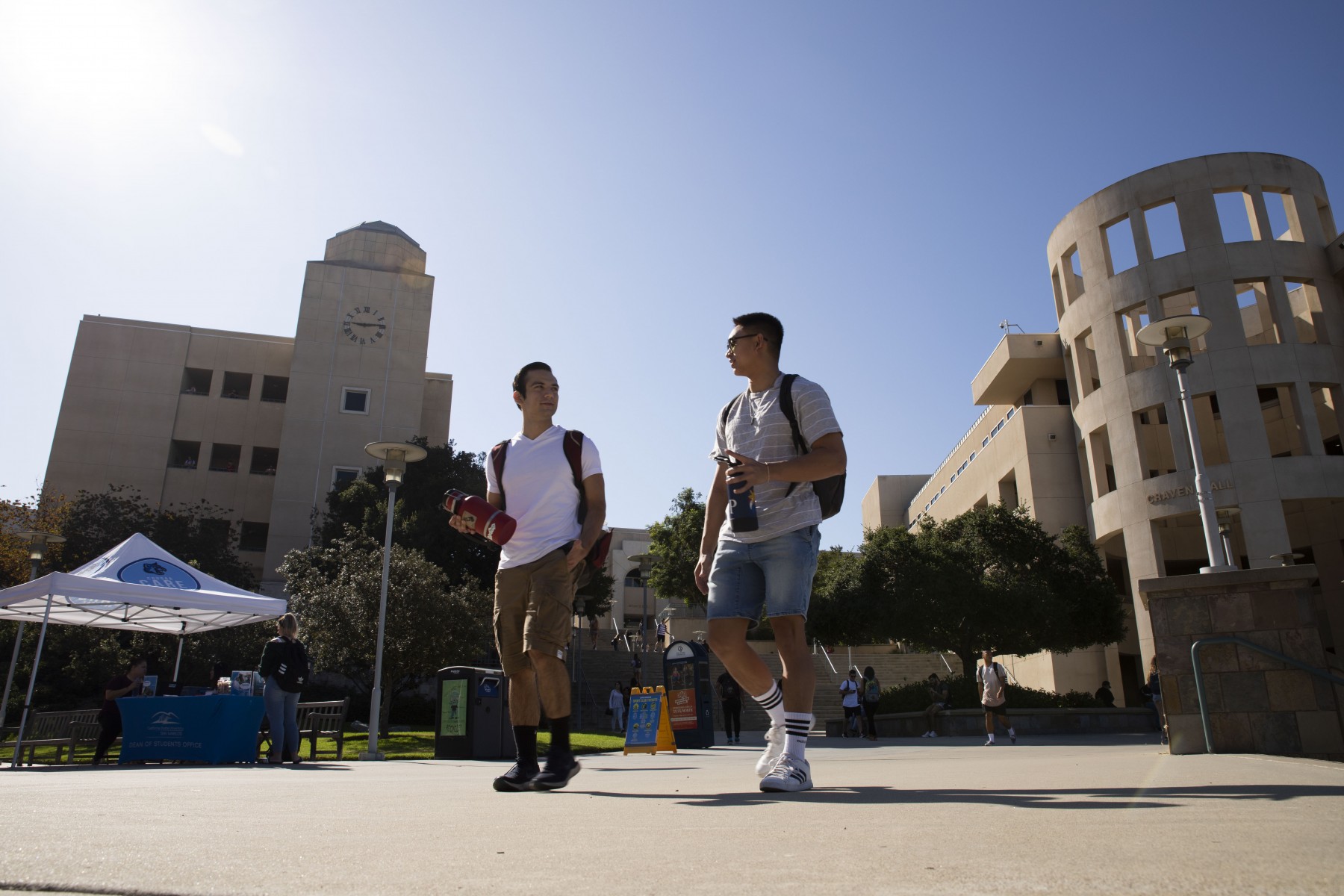 CSUSM welcomes more than 16,000 students for the fall 2019 semester, which began Monday. Photo by Andrew Reed

Dr. Ellen Neufeldt began her tenure as CSUSM’s fourth president on July 1, succeeding Dr. Karen Haynes, who retired at the end of June.

As the university celebrates the 30th anniversary of its founding this year, Neufeldt told hundreds of CSUSM faculty and staff in attendance her vision for the university’s next 30 years.

“We will build on the important work already completed and take it to new heights – through innovation, collaboration and inclusion,” Neufeldt said.

Neufeldt was appointed to the presidency in March by the CSU Board of Trustees. She comes to CSUSM from Old Dominion University in Norfolk, Va., where she served as vice president of student engagement and enrollment services.

The annual Weeks of Welcome started Aug. 24 and runs through Sept. 8. It includes dozens of free events to welcome students back to campus.

Visit the Weeks of Welcome calendar for a complete schedule.